IFCs- Good for the Global Economy?

IFCs - Good for the Global Economy?

We asked leading commentators from across the international finance industry – opponents and proponents alike the same question – IFCs: Good for the Global Economy? 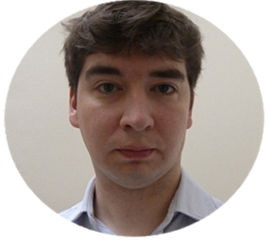 "While International Financial Centres, or tax havens to give them the name they are more usually known by, like to present themselves as models of respectable business practice, the secrecy they offer enables a very different reality." 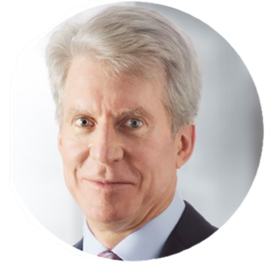 "The leading British Offshore Centres and other small international financial centres (IFCs) have played a key role as lubricants in globalisation. That many such centres are clustered near major financial markets such as the City of London and New York is no coincidence." 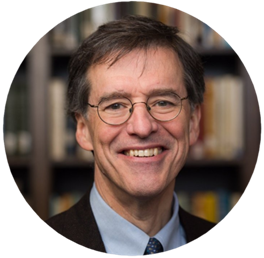 "Far from there being a presumption that IFCs undermine national objectives, they encourage and reward well designed economic policies and sound tax systems, ultimately contributing to the economic growth that makes it possible to achieve national goals." 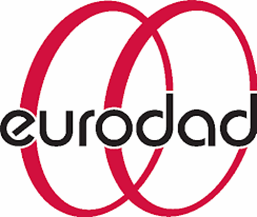 "Offshore financial centres may perform a role in the global economy, but it is hard to see this as beneficial when reckless companies and individuals can so easily use them to undermine the policies of the countries where they actually generate most of their value." 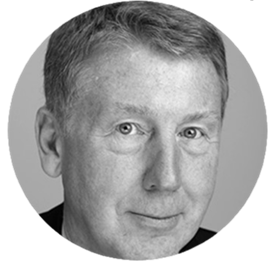 "The positive role IFCs play in the global economy is confirmed by many rigorous studies." 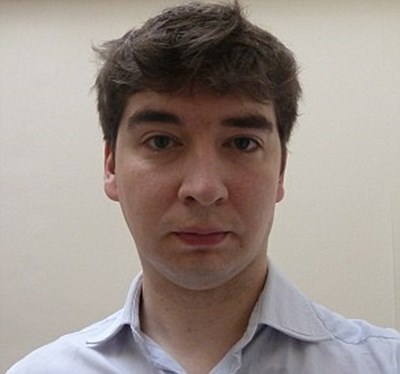 While International Financial Centres, or tax havens to give them the name they are more usually known by, like to present themselves as models of respectable business practice, the secrecy they offer enables a very different reality.

It facilitates crime and corruption to a degree that should always have been regarded as reprehensible, but has only latterly come to be seen as such by the public at large.

Investigatory bodies face problems enough in striving to penetrate a miasma of hidden accounts and nominee directorships when hunting down those engaged in readily identifiable crimes such as drug smuggling and money laundering.

Tax haven secrecy, however, also conceals huge amounts made by multinationals and other entities trading internationally through tax dodging in developing countries, a practice many perpetrators would describe as avoidance rather evasion. Christian Aid estimates that tax dodging in the form of abusive transfer pricing costs poorer countries around US$160bn a year in lost revenues – nearly one and a half times what they receive in aid. With the increasing focus on IFCs from all sides, this damage must be more clearly acknowledged and addressed as ‘solutions’ and ‘safeguards’ are developed.

Measures being pursued by rich and powerful countries such as bilateral information exchange treaties are not fit for purpose – few developing countries have sufficient influence to elicit information exchange agreements from IFCs. And ultimately in many cases, the information is not there anyway – there is no requirement for accounts or for the ultimate beneficial owner to be identified.

The UK Prime Minister has signalled that the G8, which meets in the UK next year, will look at both tax and transparency. Given the UK’s responsibility for many IFCs in the form of Crown Dependencies and Overseas Territories the UK must take the lead in setting the highest standards in tackling financial secrecy. 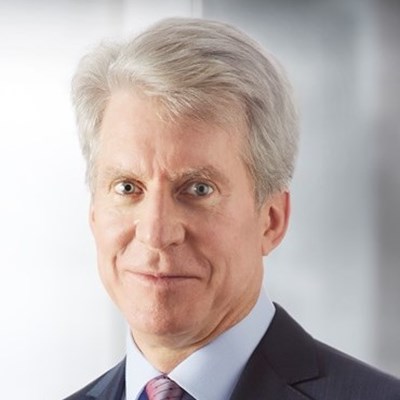 The leading British Offshore Centres and other small international financial centres (IFCs) have played a key role as lubricants in globalisation. That many such centres are clustered near major financial markets such as the City of London and New York is no coincidence. Their tax neutral platforms have made them essential symbiots supporting the depth and success of such ‘onshore’ markets over the last 30 years.

IFCs do the following:

Globalisation is regarded with suspicion by many Western politicians as it introduces competition, including on taxes. Despite formally welcoming such competition, most producers (including governments) prefer monopolies, or at least manageable cartels. Tax competition fostered by international finance centres is often considered unwelcome, even while (or perhaps because) economists recognise it as prompting greater efficiency in utilisation of onshore government expenditure.

A possible underlying motivation for the challenge to small financial centres may be the desire of the larger countries to flex control over mobile capital. In a globalising world, is there any more important sovereign prerogative than controlling where mobile money alights?

Big countries may also seek to control financial services business for sound commercial reasons. Financial services jobs are lucrative, and coveted. US government statistics appearing in the CIA fact book show that the top 20 economies in the world (measured by GDP per capita) are dominated by countries with either oil or financial services. It would be unseemly to overtly demand surrender of profitable markets from competitors, but calls for heavy regulation on smaller market participants facilitates that same goal.

Is it in the interests of Western countries such as the UK and the US to pursue an agenda of maligning the small finance centres which surround them? The reputation of the British offshore centres for probity, professional skills and financial sophistication enables them to attract capital from around the world. Such capital is then substantially directed into the UK, European and US capital, banking and securities markets. Capital goes where it is welcome, of course, so the erection of US or EU barriers to trade with international financial centres could steer their allegiances towards Asian, Middle Eastern or Latin American markets. Who will suffer most if UK or US relations with these complementary financial centres are damaged? 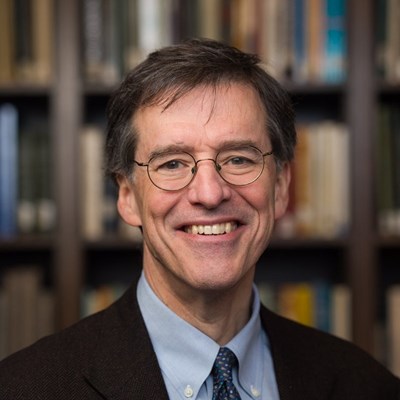 International financial centers (IFCs) play an important and growing role in the world economy, serving as financial intermediaries, fostering competition among firms and industries, and generally facilitating the operation of modern capitalism. IFCs contribute to economic growth by reducing the cost of financial transactions and thereby making it possible to provide cost effective financial, legal, and accounting services, in the process lowering the cost of investment in other countries. Just as capitalism can itself be controversial, so too IFCs, for all their contributions to wealth creation, are the subjects of various concerns. The concerns include that the availability of IFC based transactions somehow damages the world economy, eroding tax bases, diverting economic activity from other parts of the world, facilitating undesirable activities, undermining financial regulation, and contributing to undesirable tax competition.

There is something, it seems, distasteful in the purely financial, or legal, or what might be called service-oriented, aspect of much of the economic activity in IFCs. In evaluating the economic impact of IFCs it is important to dispel older notions of what kinds of activity contribute to prosperity. Most of the economies of wealthy countries consist of services, and that is because services of all kind, particularly legal and financial services, provide enormous value in the modern world. Indeed, if one asks why countries such as the United States enjoy such high standards of living, the answer is not, as it once was, the abundance of natural resources, since natural resources represent rather a small proportion of gross domestic product. Instead, countries such as the United States thrive simply because they operate capitalism so well. A critical aspect of this operation is the financial and legal infrastructure, of which IFCs, and the industries they support, are an important part. Other countries can share in this affluence by embracing market capitalism. Far from there being a presumption that IFCs undermine national objectives, they encourage and reward well designed economic policies and sound tax systems, ultimately contributing to the economic growth that makes it possible to achieve national goals. 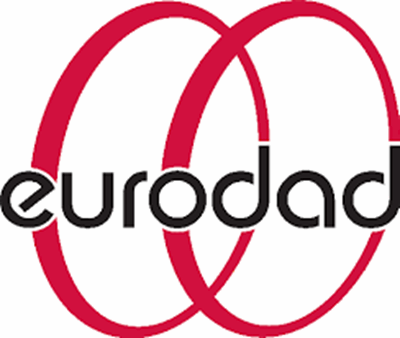 The concept of a global economy refers to how companies and markets operate and relate to each other, but says little about how the impact is distributed. Research conducted by Eurodad and other CSOs conclude that the load is often unequally shared and offshore financial centres are being used to tip the balance in favour of a few wealthier economic actors. This is particularly true in the case of developing countries, where complex tax planning structures are no match for under-resourced tax administrations.

Research unveiled by the Guardian showed that bananas imported into the EU nominally travel across several subsidiaries in different off shore financial centres. Some subsidiaries provided insurance or other services, but others did not perform any real economic activity. Upon arrival in the EU around 80 per cent of the bananas’ price has been recorded offshore, and only 20 per cent ends up in the producing countries. Sometimes, subsidiaries’ activities can also be questioned.  A Chilean mine bought in 1979 for €64 million was sold for €1.04 billion in 2002. Despite the 16 fold increase in price, the mine consistently reported losses and accumulated €460 million in tax credits. A Chilean Parliamentary commission later concluded that, among other practices, the profits generated in Chile were effectively transferred to a subsidiary in an off shore financial centre. In addition, many off shore financial centres fail to prevent the laundering of illegally acquired profits. Weak transparency regulations and the absence of proper ownership registries make it difficult to identify illegal money. This is how corrupt officials like Teodorin Obiang managed to invest hundreds of millions of dollars in real estate and other goods in Western counties since the early 2000s.

Whether illegal or not, these practices are ethically questionable when used to undermine the tax policies of developing countries. Global Financial Integrity has estimated that illicit flows from developing countries amounted to US$1.3 trillion in 2009 and over 50 per cent of this figure is related to trade manipulation. This is several times greater than total global development assistance.

Some of these practices also fool developed countries, as illustrated by the legal dispute between a major telecommunications company and the UK. The damage is proportionately less severe for developed countries, however, they remain the world’s economic engine and the main recipients of foreign direct investment, totalling US$748 trillion in 2011, therefore the impact is vast.

Offshore financial centres may perform a role in the global economy, but it is hard to see this as beneficial when reckless companies and individuals can so easily use them to undermine the policies of the countries where they actually generate most of their value. 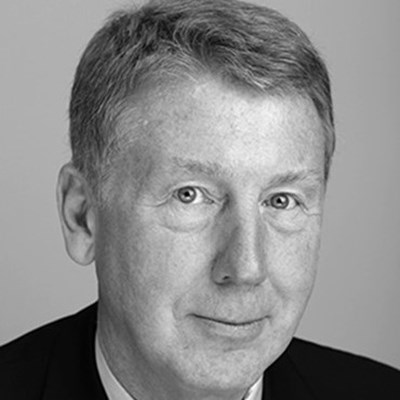 The aftermath of the 2008 banking crisis has seen a vociferous campaign to put extra firewalls in to the global financial system. For example, many major banks are now under pressure to break themselves up. Recent events are seen as highlighting that institutions that are ‘too big to fail’ are very dangerous in situations when they very nearly do fail.

It is important, however, to look also at the potential damage caused by changing the current system. Thus, the chairman of one highly successful major global bank has explicitly laid out the costs of ‘Balkanising’ the banking system. After all, big banks got big because they were typically more efficient.

Now, more than ever, the global economy needs to efficiently re-cycle savings and capital from the rapidly growing economies to the struggling economies in the West. It would be bizarre while many central banks are busy injecting liquidity into the system via quantitative easing to do anything to hamper the flow of funds through the IFCs.

The positive role IFCs play in the global economy is confirmed by many rigorous studies. The UK government commissioned Foot Review, for example, highlighted the “significant contribution” to liquidity of the British off shore centres. More broadly, in a major report commissioned by STEP, Professor James Hines concluded: “The evidence indicates that IFCs contribute to financial developments and stability in neighbouring countries, encourage investment, employment and other aspects of business development… This evidence appears to be quite robust.”  Perhaps, therefore, rather than criticising IFCs, those keen to restore the western economies to health should look at how we can better use the advantages IFCs bring to the global economy.