In the Chair: Sarah Cormack

Sarah Cormack, Partner for Mills & Reeve, LLP, London, discusses the representation of IFCs in the media and why there is strength in unity. 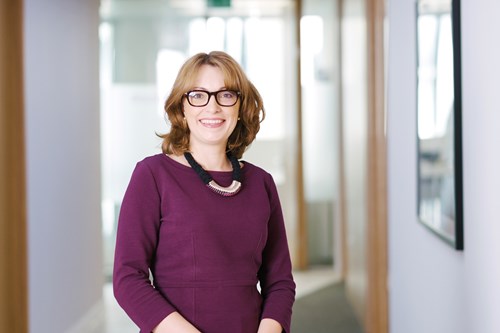 ER: Do you think that the role offshore finance centres play in the movement of global wealth is fairly represented by the media?

SC: The media’s portrayal of international financial centres would have us believe that the 1990s’ classic ‘The Firm’ was more documentary than fiction, and that those seeking to utilise the myriad structuring options available in these jurisdictions have something to hide. From the Foreign Account Tax Compliance Act (FATCA) and Common Reporting Standards (CRS), via David Cameron’s ’crackdown’ on tax avoidance in 2013, to the so-called Panama Papers and, more recently, the Paradise Papers, populist culture’s rhetoric is that offshore = tax evasion.

Those of us working with (and in) the IFCs know this rhetoric is both resoundingly incorrect and profoundly damaging. IFCs have long been highly regulated and have actively engaged in the global transparency debate, signing up to Intergovernmental Agreements (IGAs) under FATCA and committing to the implementation of CRS and the automatic exchange of information. The UK’s implementation of the 5th Money Laundering Directive has instigated fresh conversations about transparency and disclosure and the creation of publicly accessible registers. Furthermore, the EU’s Code of Conduct Group (Business Taxation) move to push the Crown Dependencies to a system of substance-based taxation goes further still to underline the substance of these jurisdictions.

Ultimately, the media’s portrayal of the IFCs is unlikely to change in the short term. Popular opinion makes better headlines than hard fact.

ER: What, in your view, are the mutual benefits that IFCs and onshore jurisdictions derive from each-other?

SC: IFCs undoubtedly play a role in stimulating investment activities in traditionally ‘onshore’ jurisdictions – secrecy and tax mitigation are typically not the main motivator in the decision to operate via an IFC. IFCs are neutral jurisdictions providing sophisticated, and often flexible, corporate laws and stable and respected judiciaries well-versed in dealing with both complex commercial disputes and disputes arising from family holding structures in the event of divorce or family division. In the funds context, the use of an offshore entity to pool foreign investors’ monies before, ultimately, an onshore (taxed) investment bolsters the administrative efficiency of the structure and simplifies the investment process.

Numerous academic studies have demonstrated the positive impact of the IFCs on inbound investment.  IFCs and onshore jurisdictions (including emerging markets) working together have a symbiotic relationship that populist rhetoric rarely acknowledges.

ER: How important is it that IFCs come together to educate on their role in the global financial system?

SC: In so far as their interests are aligned, the IFC’s positions can only be strengthened with unity. The influence of the UK does, of course, differ from those of the Overseas Territories and the Crown Dependencies – although the pressure to ‘comply’ from the UK is strong. Jeremy Corbyn’s call for direct rule over these jurisdictions was yet more evidence (if more was needed) of the deep distrust and blame for economic instability being attributed to the IFCs.

The IFCs, however, have a strong voice. Compliance with FATCA and CRS has been achieved and steadied their international reputations, but pressure is now mounting for the establishment of public registers of beneficial ownership. The IFCs are speaking up yet again in an attempt to educate on the realities of their existing laws and process to demonstrate that the public accessibility being called for is unnecessary and not in the public interest. The exchange of information between governmental agencies, coupled with the (private) registers already maintained, strikes a balance between the quest for global transparency and the individual’s right to privacy. It has been said that the sole motivator for public registers is national security – the IFCs have highlighted the fact that, if this is correct, it is hard to see what additional benefit public access to registers of beneficial ownership offers over and above the information flow between government secured by CRS.

The IFCs have also been quick to point out the inconsistency between these initiatives and the introduction of privacy protecting legislation such as the General Data Protection Regulation (GDPR).

By speaking, if not with one voice but at least with the same aims, the IFCs maximise their opportunities to be heard. The question remains, however, who is listening?

ER: What are your (and your clients’) main considerations when choosing a financial intermediary?

However, at the heart of identifying an appropriate intermediary are a series of quantifiable factors. Practical considerations such as time zone and language will be critical. Regulation and certainty are undoubtedly key drivers, as are a stable judiciary and well-developed legislation in the relevant law. Breadth of choice of intermediary and legal adviser will also play a part in any decision to be made, as will the stability of the intermediary itself together with its record of staff retention in client-facing roles. Clients like continuity and the ownership structure of an intermediary (particularly a fiduciary) will be of interest – is the entity owner-managed, private equity-backed or listed, and is the parent likely to seek to exit the relevant market during the relationship?

Reputation of the jurisdiction is paramount. Clients are sophisticated, they understand the reputational risks of working with an IFC and they want to understand and mange those risks.

ER: How has the rapid increase in global regulation and transparency measures impacted clients’ choice of jurisdiction?

SC: The IFCs compete for business through legal offering and through regulatory framework. Historically, the level of publicly accessible information may have formed a part in selecting the most appropriate jurisdiction. Now, clients are looking for certainty and evidence that a jurisdiction is compliant and observant of the global regulatory framework. Consequently, what clients want to know now is not only ‘are you compliant?’ and ‘do you cooperate’, but also ‘will you defend your position and your sovereignty where appropriate to do so?’.

Whilst not yet quite a level playing field, the differences in infrastructure, legal offering and judicial support is narrowing and the focus in selecting a jurisdiction is now more often targeted on practicalities. Global regulation and transparency have played a role in this, but the IFCs have been smart in developing their offerings and marketing those offerings in a way that has meant they are swift to respond to developments in other competing jurisdictions.

ER: What impact do you think current conservative, populist trends will have on cross-border investment flows?

SC: A growing amount of capital is flowing across borders and IFCs provide investors with a framework to facilitate foreign direct investment in a way that may not otherwise be possible. The role of the IFCs in stimulating and facilitating cross-border investment is well established and whilst current trends are challenging, the need for the service they offer remains.

Numerous reports have been commissioned on the contribution and role of IFCs in stimulating cross-border investment flows - one commissioned by Jersey Finance in 2015, whilst focusing on Jersey, identifies the strengths of the IFCs in facilitating foreign direct investment, and the wider contribution to the global economy and the appeal of IFCs in supporting cross border investments. It is interesting to note that the report defines ‘foreign direct investment’ broadly to include both investment by corporate investors in a company or entity based in another country and personal investment by wealthy individuals, as well as Green Field investment creating new physical operations. The range of investors utilising the benefits offered by IFCs is vast, as are the investment opportunities.

IFCs have played a significant role in the facilitation of foreign direct investment for many years and it seems unlikely that external pressures will impact significantly on that function in the long term.

Sarah Cormack Partner for Mills & Reeve, LLP, Sarah Cormack has particular expertise in establishing and advising on the holding of assets in multiple jurisdictions, the establishment of private trust companies and tax and structuring for clients who are both resident and non-resident in the UK.