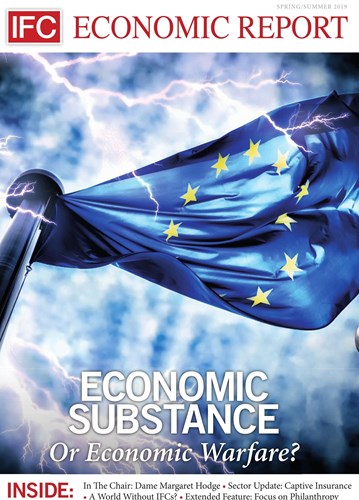 On reading the term ‘economic warfare’, you might think of the aggressive and unilateral policies of economic powerhouses such as the United States before the altogether more arbitrative and bureaucratic European Union –  unless, that is,  you are familiar with the current predicament of various, small, specialist international financial centres across the globe. However, for those living and working in these particular IFCs, the European Union’s measures against ‘harmful tax practices’ and, most notably, the organisation’s ‘tax haven blacklist’, increasingly feel like direct attacks upon their small economies. The EU-mandated Economic Substance requirements that have come into force in several major IFCs are only the latest in a raft of regulation which has effectively been imposed upon IFCs by more powerful, industrial nations, in what many describe as a breach of state sovereignty.

In this issue of the Economic Report, we examine the latest chapter of this conflict being played out. In the Chair, Dame Margaret Hodge gives us her view on the proposed amendment to the UK Financial Services Bill to impose public records of beneficial ownership upon the Crown Dependencies; a move which the islands feel will permanently undermine their unique sovereign and constitutional status relative to the UK. We also feature extensive analysis from industry experts in IFCs further afield, as we take look at the global impact of the European Union’s directive on Economic Substance within IFCs.

Questioning the fundamental ideology of the EU and its fellow travellers, however, is our opening feature, ‘A World Without IFCS’. It will not surprise many of those working with, and within, International Financial Centres that the picture painted is far from the rosy utopia which the EU, the OECD and others seem to imagine. While research from Jamie Whyte, former Director of Research at the Institute of Economic Aﬀairs, sheds further light on why the world’s major economies and organisations pursue this end, and why they shouldn’t.

It’s not all doom and gloom for IFCs, however. In the second half of the magazine, we look to the future, to potential new roles for midshore and offshore financial centres, and to one of the fastest-growing and most positive sectors of the financial industry; philanthropy. As philanthropy and social-good initiatives become ever more integrated with traditional financial services, IFCs have both the expertise and the appropriate structures to be at the forefront of this new ‘golden age’ of charitable giving. However, there are also challenges, and, as our authors are quick to point out, IFCs must work hard to mitigate their negative public, media-led reputation, if they are to become the financial catalysts this growing sector needs. 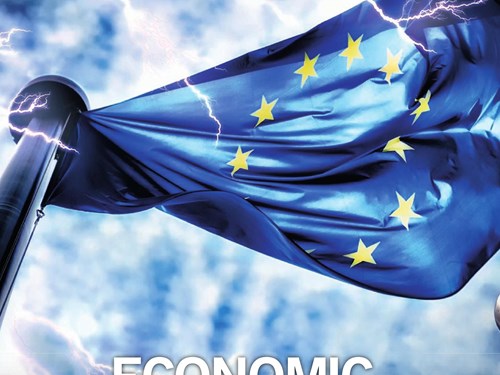 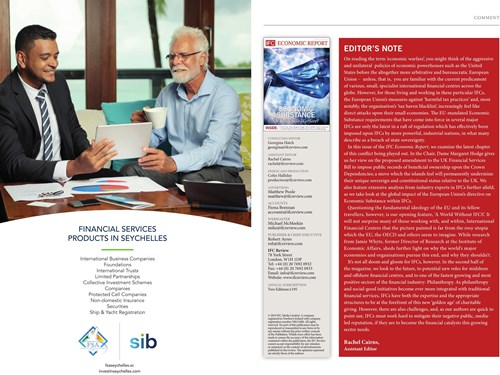 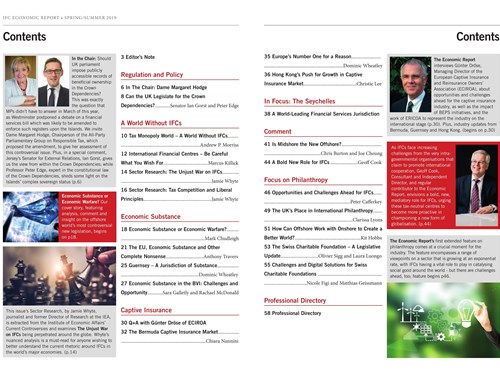 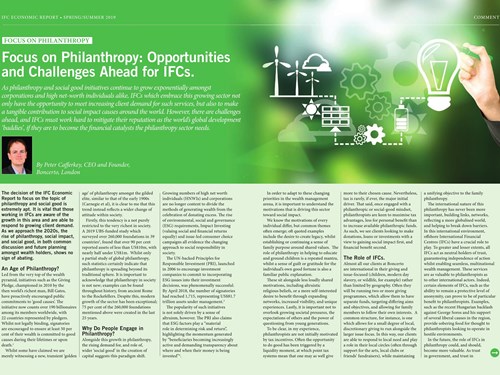