As philanthropy and social good initiatives continue to grow exponentially amongst corporations and high net-worth individuals alike, IFCs which embrace this growing sector not only have the opportunity to meet increasing client demand for such services, but also to make a tangible contribution to social impact causes around the world. However, there are challenges ahead, and IFCs must work hard to mitigate their reputation as the world’s global development ‘baddies’, if they are to become the financial catalysts the philanthropy sector needs.

Opportunities and Challenges Ahead

The decision of the IFC Economic Report to focus on topic of philanthropy and social good is extremely apt. It is vital that those working in IFCs are aware of the growth in this area and are able to respond to growing client demand. As we approach the 2020s, the rise of philanthropy, social impact, and social good, in both common discussion and future planning amongst wealth holders, shows no sign of abating.

An Age of Philanthropy?

Led from the very top of the wealth pyramid, initiatives such as the Giving Pledge, championed in 2010 by the then world’s richest man, Bill Gates, have proactively encouraged public commitments to ‘good causes’. The initiative now counts over 190 billionaires among its members worldwide, with 22 countries represented by pledgers. Whilst not legally binding, signatories are encouraged to ensure at least 50 per cent of their wealth is committed to good causes during their lifetimes or upon death.[i]

Whilst some have claimed we are merely witnessing a new, transient ‘golden age’ of philanthropy amongst the gilded elite, similar to that of the early 1900s (Carnegie et al), it is clear to me that this trend instead reflects a wider change of attitude within society.

Firstly, this tendency is a not purely restricted to the very richest in society. A 2019 UBS-funded study which surveyed over 260,000 foundations in 39 countries[ii], found that over 90 per cent repo…

How Can Offshore Work with Onshore to Create A Better World?

The world is full of challenges, but solutions are…

The UK’s Place in International Philanthropy

The UK has a long history of philanthropic activit…

Investing for the Public Benefit: A New Proposal in the Charitable Sector May Not End There

When a coalition of charities sent a letter to th…

In contrast to other legal systems, Switzerland do… 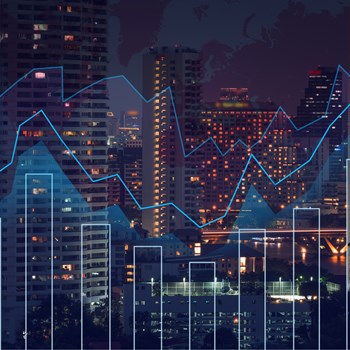 Guernsey is a facilitator of global capital flows, with a report from KPMG demonstrating that the island acts as a conduit for more than £100 billion of investment into Europe, with a large majority from international investors.

Ultimately the island acts as a hub for investment both inward to and outbound from the UK and wider Europe.

The International Stock Exchange (TISE), which is headquartered in Guernsey and also has offices in Jersey and the Isle of Man, plays a significant and growing role in facilitating these and other flows of capital globally.

During the first three quarters of 2017, there have been 454 new listed securities on TISE, which is a 44 per cent rise year on year so that by the end of September there were 2,418 listed securities with a total value of around £400 billion.