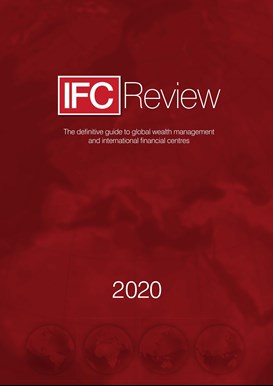 Welcome to the 2020 edition of the IFC Review, our annual flagship publication which provides insight into the most recent developments impacting the world's leading international finance centres, and some predictions about developments that may lie ahead.

This has been a tumultuous decade for the industry which has witnessed such controversies as the Panama Papers, resulting in media and public censure; EU and OECD condemnation and domination; the rise of protectionism; trade wars; and the ongoing Brexit saga.

In the past 10 years, many IFCs have been subject to intrinsic forensic analysis; some have been blacklisted; others have had their national sovereignty threatened; and all have been forced to change the way in which they operate, thanks to intrusive and insistent demands for transparency and stricter regulations.

Fight as they might, the IFCs have had little option but to comply with the OECD-imposed tax transparency measures, a regime that the Organisation rigorously defends as seen in our narrative commentary by Grace Perez-Navarro, Deputy Director for the Centre for Tax Policy and Administration, who claims that the regime has resulted in a level playing field.

However, our other contributors disagree. "New regulations have proved burdensome for even for large countries with considerable resources so it's not surprise that some smaller offshore jurisdictions struggle to keep up," says Vistra's Simon Filmer.

There remains a sense of unfairness and 'victimisation', particularly amongst the smaller offshore jurisdictions who believe they have gone above and beyond in fulfilling the vociferous regulatory demands and that the regulators are simply trying to force them out of business.

Other concerns at the top of the list for our industry experts and commentators include the 5th Anti-Money Laundering Directive, due to come into effect at the beginning of this year. Breach of privacy, resulting increased criminal activity, severely hampered innovation and competition, and the elimination of anonymity in financial transactions are just some of the fears that surround this newest decree.

At the time of going to press, we were hurtling toward Boris Johnson's promise to "Get Brexit Done" by the end of January, 2020. International Finance Centres, especially the smaller players, will watch the progress of such negotiations with both interest and trepidatin.

Despite the challenges and obstacles faced by many, there is a strong belief that IFCs will survive and thrive and continue to play an important macroeconomic role in the global financial industry. Our special section featuring contributions from 25 jurisdictions show that they are continuing to offer innovative solutions for the movement of global wealth and wealth management.

We are heralding not only a new year but a new decade. World dynamics are changing global powerhouses are flexing their muscles; money flows are changing direction. Whichever way macroeconomics progress trends, IFC Review will continue to report, comment on, inform, and support the contribution played by International Finance Centres. 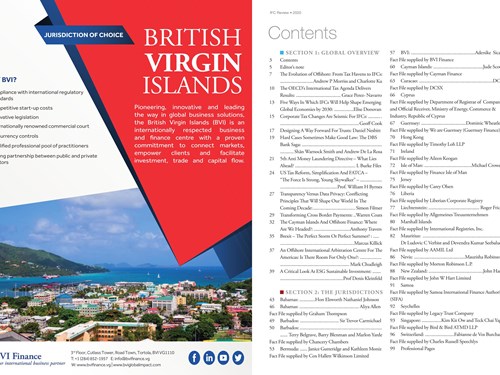 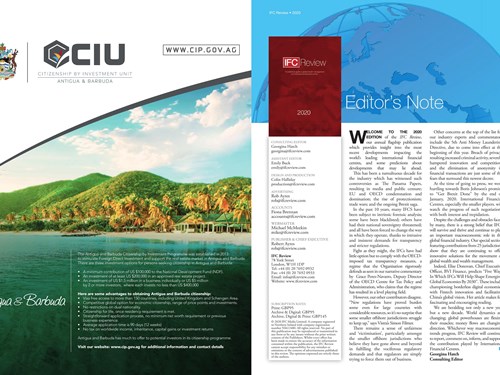 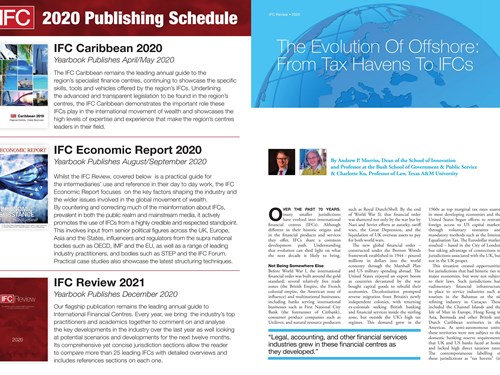 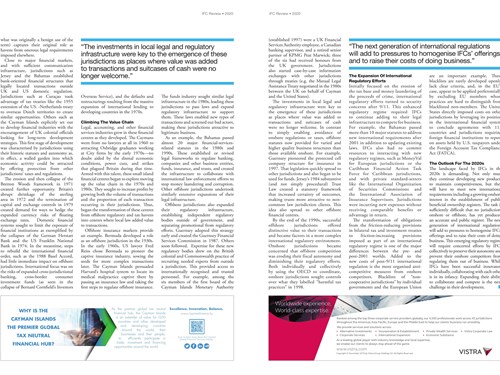