COVID-19 One Year On: How has the pandemic changed global finance, and how have IFCs adapted? 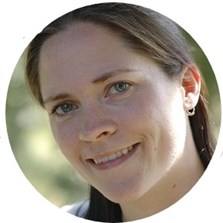 "The socio-economic crisis induced by the Covid-19 pandemic has exacerbated existing inequalities and is undermining and reversing decades of efforts to reduce extreme poverty." 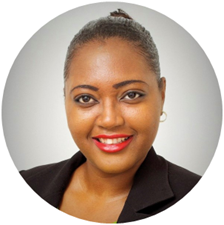 "IFCs have always had to be nimble, able to adapt and innovate in the face of challenges. The economic fall-out posed by the COVID-19 pandemic is no different." 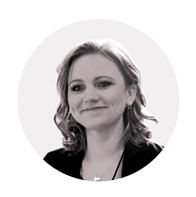 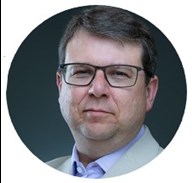 "A Year On, Economies Are Getting Back On Track, But The Politics Aren’t" 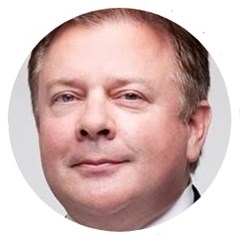 "With new vaccines finally coming online and the impact of extended lockdowns and better testing regimes, there is finally some light at the end of the tunnel after the terrible year that was 2020." 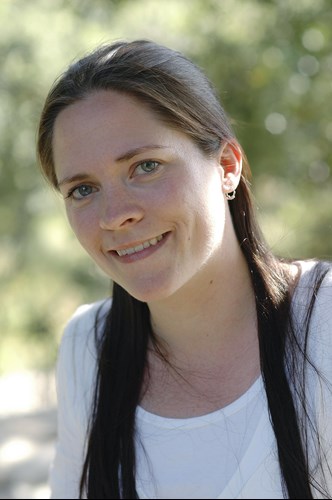 The socio-economic crisis induced by the Covid-19 pandemic has exacerbated existing inequalities and is undermining and reversing decades of efforts to reduce extreme poverty. With governments stuck between high debts and low revenues, and with scandals such as the FinCEN files and OpenLux investigation illustrating the shortcomings in the global fight against illicit financial flows (IFFs), the political pressure for action to stop this global problem is becoming even higher than it already was.

International financial centres feature centrally in the public debate. Most recently, the report by the United Nations High Level Panel on International Financial Accountability, Transparency and Integrity for Achieving the 2030 Agenda (FACTI Panel) stressed the importance of holding jurisdictions with IFCs to account for what transpires in their territory. Even before the new global crisis, there were strong calls for IFCs to adapt to a reality where IFFs are unacceptable and financial secrecy and opacity are a thing of the past. Unfortunately, many IFCs have been very slow, and in some cases resistant, to change. And the initiative to transform has rarely, if ever, come from the IFCs themselves.

The Covid-19 crisis is adding even more urgency to the global fight against IFFs. The successful IFCs of the future will be those that are not only fully compliant with international standards but at the forefront, providing the strongest regulatory frameworks, highest levels of transparency, good governance and expertise in combating IFFs. 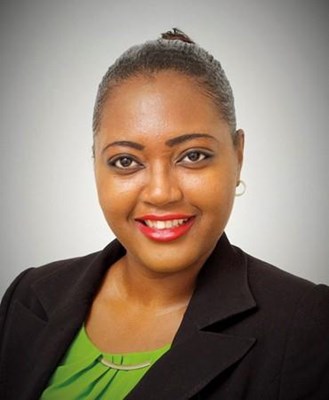 IFCs have always had to be nimble, able to adapt and innovate in the face of challenges. The economic fall-out posed by the COVID-19 pandemic is no different. Let us take Caribbean IFCs, and Barbados more specifically, as an example. Tourism-dependent Caribbean IFCs suffered sharp declines in GDP growth due to COVID-19-induced reductions in tourist arrivals. But even here, we see innovation. Barbados was the first Caribbean country to introduce a digital nomad visa – The Barbados Welcome Stamp.

Even in the face of adversity, the global business sector came to the rescue as tax revenues from that sector were the largest contributor to Barbados’ national tax revenues collected in 2020. Being in ‘low contact service sectors’, companies in the global business sector have been able to pivot relatively smoothly to remote working with minimal business disruption. COVID-19 has also catalysed the speed of government digitisation reforms in IFCs, increasing the ease of doing business for investors – a welcomed COVID-19 legacy good. Caribbean IFCs have also adapted by hosting virtual seminars to keep stakeholders informed and engaged. Economic substance guidelines have had to be temporarily modified to take into account the impact of COVID-19 on companies’ ability to host in-person meetings as required under substance rules.

There is still some measure of a ‘wait and see’ approach on the part of investors. But the uncertainty coming out of the COVID-19 pandemic is a ripe market for certain financial instruments offered by IFCs for managing risks and protecting assets. 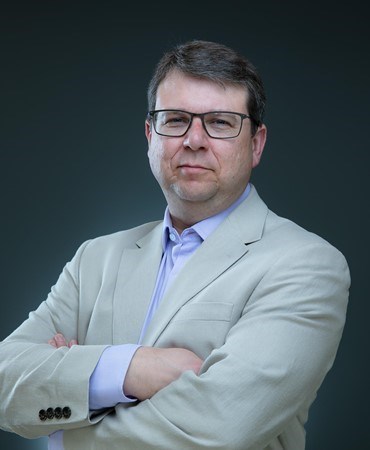 A Year On, Economies Are Getting Back On Track, But The Politics Aren’t 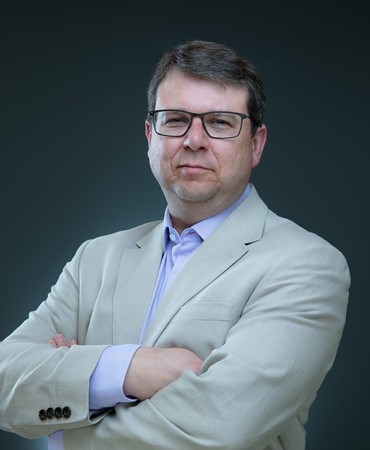 One year on, the glass is half full. The economic impact of the pandemic has not been as severe as feared. In the United Kingdom, unemployment is expected to peak at 6.5 per cent instead of the 11.6 per cent forecast by the Office for Budget Responsibility last June. The switch to home working and mass adoption of telecommuting technology has not only offered employees a healthier work-life balance but will boost national rates of productivity in coming years. Changing attitudes and behaviours have turbocharged the green agenda. And we have witnessed this generation’s ‘Man on the Moon’ moment: the breath-taking speed of scientific and logistical endeavour in vaccine development, production and rollout. 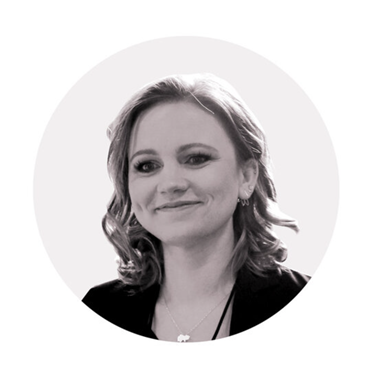 But there remain big risks. The medical impact on developing nations is unclear with potentially worse still to come. We don’t have a full picture of COVID’s effect on Africa; only eight out of 54 countries there have a compulsory system to register deaths. Globally, government debts have soared as economies have been kept afloat by previously unimaginable levels of fiscal support. And, disappointingly, the knee-jerk response of too many of the world’s leaders has been nationalist protectionism. The undignified mudslinging over cross-border supplies of vaccine shows how far the global pandemic has set back international cooperation and economic globalisation. Economies may be getting back on track, but the politics aren’t. 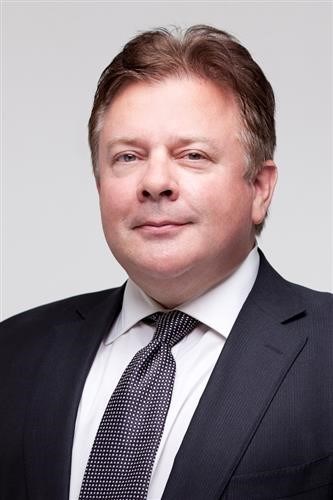 Has the terrible COVID-19 Pandemic Any Upsides?

With new vaccines finally coming online and the impact of extended lockdowns and better testing regimes, there is finally some light at the end of the tunnel after the terrible year that was 2020.

Some businesses have – often through no fault of their own – struggled to cope with the dreadful impact of the pandemic. Others, including those in the legal world, have had to fashion a whole new way of working, adapting to the changes forced on them by lockdown restrictions. Is that a bad thing? No, not necessarily. Some might argue it has dragged the legal world forward into the 21st century.

From our perspective, as a specialist asset recovery legal firm working multi-jurisdictional cases, we have seen online hearings, video conferencing and working from home become the norm. So, what are the plusses and the minuses?

Online hearings appear to have worked quite well (once the technical issues have been addressed, such as the American lawyer who appeared live during an online hearing with a judge while using a cat filter!). There are inherent cost savings to clients of law firms  with travel costs – needing to fly senior Counsel across the globe to attend hearings, for example – greatly reduced. We are currently co-general counsel to a major trial underway – virtually – right now in Toronto, where both teams of lawyers (and the judge and witnesses) dial-in via Zoom.

Video conference calls are now widely used by most companies when dealing with clients or networking but they have their limitations. Plagued by ‘dropouts’, they offer a weaker alternative in the (now-virtual) conference networking sphere in particular, with breakout rooms or booths a poor second to face-to-face interaction. I think, for many video, working has become the new “norm”, but one not without its downsides (“Zoom fatigue”).

Working from home has obvious advantages. It can be liberating, offering flexible working hours and saving in commuting costs and time. It signals trust in staff who, in turn, often work longer hours as their desks are only a few steps away.  The downside of home working can be the obvious distractions of children and home life and being unable to walk into a colleague’s office for a coffee and a chat about a developing case without resorting to a Zoom call.

All in all, those who can, have adapted. Sadly, for others this has not been possible and will likely result in a consolidation of market share for those who manage to survive in specific industries such as retail and hospitality. Many large and small business have disappeared, with people reluctant to open new businesses until there is certainty the lockdowns are over. They may be waiting some time.