Beyond Tax: Island IFCs Have Been Out Of The Tax Game For Years But May Still Suffer From G20 Shenanigans

The commitment of 136 nations to a global minimum profit tax heralds a new era for tax policy – and is a strong indicator of how the global dynamic is shifting. The large nations behind the new regime see it as a way to circumvent tax avoidance and, in the case of the United States, United Kingdom, and France, avoid a punch-up over a digital tax on (mainly) American tech firms.

The global minimum tax is a siren wake up call for the 21st Century’s ‘tax havens’.

The likes of Ireland, the Netherlands and Luxembourg have leveraged their membership of the European Union, and their access to broad and comprehensive networks of double taxation agreements, to offer multi-national companies the potential to shift profits into their favourable tax sanctuaries. Ireland’s headline rate of 12.5 per cent, combined with plenty of helpful reliefs and legal dodges to bring the effective rate down much lower, has attracted Google, Apple and many others to make Dublin their offshore home.

The small and specialist international finance centres of the Caribbean and British Isles aren’t in this game. They’re not tax havens. With limited tax treaties, the Crown Dependencies, United Kingdom Overseas Territories and similar jurisdictions provide scant cover for big corporates trying to book income from elsewhere into a low tax environment. Instead, they have only ever been able to offer ‘tax neutrality’: the promise not to add extra tax over and above what’s due elsewhere.

Beyond Tax: Neutral Locations For Cross-Border Trade And Investment

These IFCs have been beyond offering tax avoidance and optimisation to their clients for a decade or more.

Instead, they offer their clients neutral, stable and secure locations in which to structure and contract cross-border investment and business activity. In the case of the British-associated centres, they offer internationally well-regarded legal systems derived from English common law with final right of appeal to the Judicial Committee of the Privy Council in London. Many have developed clusters of specialist financial, legal and professional services firms. Jersey, for example, was once known almost exclusively for its banks; now it is a thriving interdependent ecosystem of banks, trust companies, fund managers, fund administrators and family offices supported by ranks of accountancy firms, law practices and other specialist professional services.

Such centres are ideal for pooling funds from investors across the globe, for distributing returns to investors in multiple countries, and administering investment assets in multinational portfolios. They provide corporates with safe and easy locations from which to manage international assets and to broker joint ventures and other partnerships. And they are natural homes for the administration of the global affairs of wealthy families, footloose talent, and philanthropists.

IFCs are responsive. Many ‘onshore’ businesses, facing severe and rapid cash crunches during the 2020 lockdowns, turned to Jersey’s cash box structures to deliver liquidity from new equity issuance at speed. Similarly, special purpose acquisition companies (SPACs) have been created in Jersey and BVI to provide private equity and other investors with a speedier method for securing acquisitions – and, more recently, to better manage the uncertainties of fund raising during COVID.

IFCs are innovators. BVI’s 2020 regulatory sandbox, for example, is supporting FinTech businesses in trialling new services and products. Companies at the forefront of FinTech, such as Bitfinex, Finamatrix, and Football Coin, have incorporated there – and there is growing expertise in cryptocurrency.

IFCs provide a vital conduit for investment into developing nations – both from private investors and from the development banks, like the European Bank for Reconstruction and Development, which are backed by public funds from wealthier nations. The risks inherent in investing in these countries are partly mitigated by managing assets and commercial relationships from the safety of well-regulated jurisdictions with sound legal systems. Mauritius, for example, accounts for nine per cent of all foreign direct investment into mainland Africa, supporting over four million jobs on the continent.[i]

And IFCs are helping to tackle the biggest threats to the planet and humanity – by sourcing and directing finance through new ESG and green funds and impact investment vehicles, to where it’s needed most. Guernsey alone is home to 11 different green funds holding £4 billion in assets – which is incredible growth given they launched their first fund in 2018. 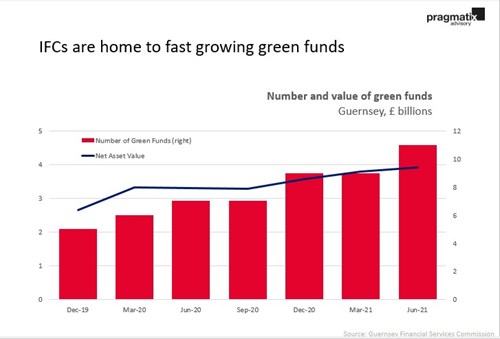 With IFCs already offering services to clients that are beyond and mostly unrelated to tax optimisation, the current formulation of the global minimum tax proposals has only tangential impact on them. But, nonetheless, it is a concerning shift for jurisdictions who lack the power and influence of the G20.

First, it sets an uncomfortable principle (or, more accurately, reinforces an already established unhelpful behaviour). The largest countries can and will get what they want without regard to the impact on smaller states. Although signatories to the agreement are not required to charge at the current minimum of  15 per cent (as it is left for higher cost jurisdictions to levy a surcharge on taxes underpaid), in practice the proposals will wipe out fiscal freedoms that historically have sat fairly and squarely with the governments and legislatures of independent nations. The new regime constrains the sovereign decision making of the likes of Ireland. But it also puts a brake on developing countries in Africa, South America and Asia-Pacific from using competitive tax rates to drive much needed investment into their economies to create jobs and improve levels of prosperity. The G20 have shown their interests have precedent over both smaller and poorer nations.

Second, it reflects a change of direction, and possible reversal, in the trends that have supported IFCs to grow over the past two decades. The new global tax agreement – which appears to place little or no value on either competition or national sovereignty – is a marker (among others) that the world has made a volte-face from what was a clear geo-political and economic direction since the end of the Cold War. The rapid globalisation of economies and politics of the past three decades was founded, at least in the West, on a growing consensus around the liberal free-market economists’ view of the world: open borders, free trade, competition, light touch regulation, minimum state intervention. Global politics doesn’t have that clarity today – and national (often myopic) self-interest weighs more heavily on governments now than global common interest.

A More Taxing Environment For IFCs

We can’t assume that the norms of the previous decades will return once the chaos of the pandemic abates. But IFCs have benefited from and have been significant facilitators of past globalisation; demand for their services has risen with increasing international mobility of labour, growing wealth and increasing numbers of high and ultra-high net worth individuals especially in Asia, exponential growth in trade in both goods and services, and more cross-border investment. 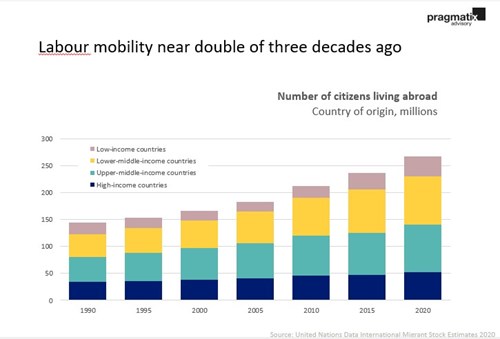 We don’t pretend to be able to forecast these trends with any real confidence. But there are three broad potential scenarios to consider: 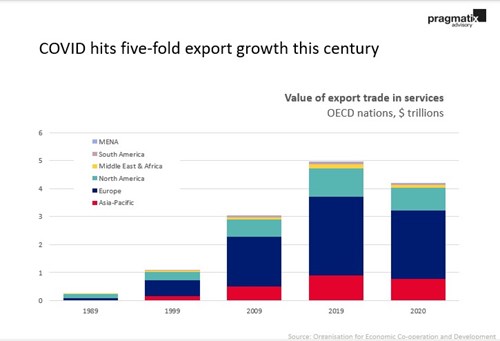 Small, tax-neutral and well-regulated IFCs have been beyond offering tax avoidance and optimisation to their clients for many years. The new global minimum tax regime, as currently devised, will have little impact on their business model: the efficient, secure and robust provision of a neutral location in which to contract and carry out cross-border business and investment activity. But the G20’s plans do exemplify more worrying trends that appear to be unpicking post-Cold War globalisation. These are uncharted waters for the island finance centres – and potentially tough market conditions and even tougher decisions lie ahead.

Clare Leckie
With a focus on impact investment and environmental projects, Clare contributes to the full range of Pragmatix Advisory’s assignments, especially those requiring detailed and methodical quantitative analysis and modelling. She holds a BA in philosophy, politics and economics from the University of Oxford, and is studying for an MSc in economics and policy of energy and the environment at University College London.

Rebecca Munro
With a focus on islands and IFCs, Rebecca works on a wide variety of Pragmatix Advisory projects, especially those with a social, economic or public policy dimension. She is an active member of her community on the Isle of Mull. She led the first successful community purchase of land, the Isle of Ulva, under new Scottish legislation and has spearheaded the building of new affordable homes for islanders. Rebecca holds a first-class honours degree in politics, philosophy and economics from the Open University, which she earned while owning and managing her own hospitality business.

IFCs’ “Secret Sauce”: A Commitment To An Effective Legal Infrastructure