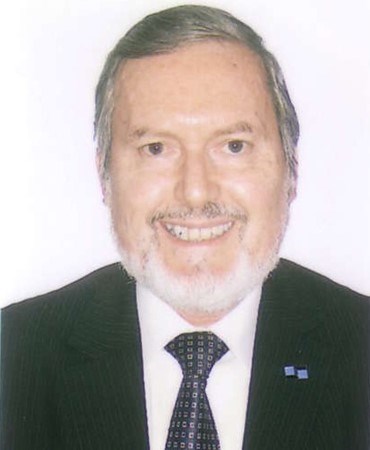 Derek Sambrook is a member of the Society of Trust and Estate Practitioners in the United Kingdom and obtained the Trustee Diploma of the Institute of Bankers in South Africa in 1973, becoming a Fellow of the institute in 1996. He emigrated in 1977 from Rhodesia (now Zimbabwe) where he was branch manager of a trust company and continued his profession in North America (Miami), Europe (including London and the Channel Islands), and the Caribbean (including the Cayman Islands). He has lived in Panama since 1996 where he is the Managing Director of Topaz Services, S.A. (www.trustservices.net), a Panamanian financial services company. He was Treasurer of the British Chamber of Commerce Panama for several years. Mr Sambrook‘s regulatory experience began in the corporate division of the Rhodesian (now Zimbabwe) Ministry of Justice (1965-1970) and subsequently he was appointed by the British government (1989-1992) as the first Bank, Trust Company and Insurance Regulator in the Turks & Caicos Islands, British West Indies; he established a regulatory body and drafted trust and insurance laws, banking and other regulations including licensing guidelines. As a direct result of his innovative captive insurance law, the Turks & Caicos Islands at the end of his contract had more than 5,000 producer-owned reinsurance companies and was the leading domicile in the world for this service. During his tenure he was also an affiliated member of the Latin American and Caribbean Banking Commission and Chairman of the government’s Offshore Financial Services Committee. He was a columnist for a leading United Kingdom offshore financial journal for over 15 years. His newsletter, Offshore Pilot Quarterly, has been published since 1997. In 2021 he celebrated 50 years in the trustee profession.

Bringers of Dreams, Spinners of Tales

The Theatre Of The Absurd

Beware The Guides Of March

Latin America in a Time of Enlightenment

LATAM: The Other Side of the Road

The Latin Landscape and its Moral Compass

Latin Economies in 2012: Toads and Tortillas

A Question of Conscience

Dogs and Taxes in Latin America

Topics from the Tropics

Central and South America: Geopolitics and the Burden of History

Topics from the Tropics

Countries Great and Small: Democracy and Other Developments in South America