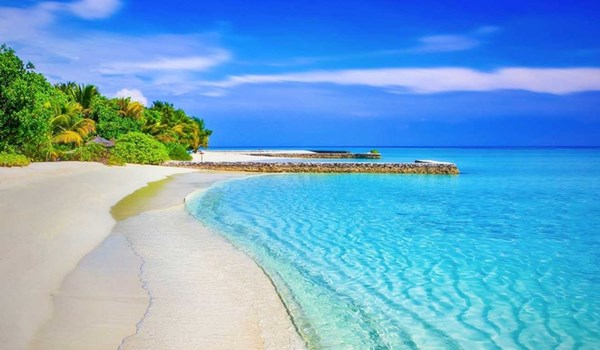 A former attorney general yesterday warned The Bahamas must "stand up in a smart way" to ensure the survival of its financial services industry amid a threatened "blacklisting" by France.

Alfred Sears, who is also an ex-Caribbean Financial Action Task Force (CFATF) chairman, told Tribune Business that "appeasement" through seeking to comply with the various regulatory initiatives imposed on this nation over the past two decades had never worked because "it's a constantly moving target".

Reiterating his previous calls for The Bahamas to fight these efforts by forming alliances with rival international financial centres (IFCs), and using international law and the United Nations (UN) to challenge their legitimacy, Mr Sears said it "seemed to have forgotten how to use international forums and diplomacy" to protect its second largest industry and fight climate change.

He spoke out after French media reports revealed that the Emmanuel Macron-led government is preparing to add four nations, including The Bahamas, to its national "blacklist" of so-called "tax havens" that Paris deems to be uncooperative on financial transparency and fighting tax-related crimes such as evasion.

"I announce that we will blacklist..... four new countries: Anguilla, the Virgin Islands, The Bahamas and Seychelles, which are not cooperative enough on financial transparency," Gerald Darmanin, the minister of action and public accounts, was quoted as saying by the French media.

He added that "France's list will therefore be harder than that of the European Union", which last year kept The Bahamas off its own 28-nation "blacklist" after finding it had complied with demands to eliminate so-called "ring fencing" preferential treatment for foreign investors and introduce a "substance" regime requiring all corporate entities to be doing real business in/from this jurisdiction.

K Peter Turnquest, deputy prime minister, responded last night by saying that the Ministry of Finance, which acts as The Bahamas' "competent authority" dealing with all tax matters, had received "no official notification of any new threatened blacklisting by any country" including France.

He added, though, that if the reports were true then France's planned "unilateral action" would "undermine" the worth and integrity of initiatives such as those undertaken by the EU and Organisation for Economic Co-Operation and Development (OECD).

"The Bahamas has requested official confirmation of the claims being circulated in the international media and, if true, the details of any perceived harm that would warrant the rumoured hostile retaliatory action of blacklisting without an attempt to resolve the issue through mutual dialogue and considered action," Mr Turnquest said.

France is a member of both the EU and OECD which, in recent years, each led efforts to crack down on tax evasion - particularly by multinational companies. The Bahamas and rival IFCs were impacted by both, yet this nation was subsequently rated compliant by both both bodies when it came to addressing their 'concerns'.

With France seemingly striking out on its own, Mr Turnquest said in a statement: "The Bahamas has been celebrated in the last few years for its level of engagement and co-operation, having passed several major pieces of legislation to adopt international standards and exchange of information protocols.

"Any unilateral action by any country that conflicts with the framework established by the [OECD] Global Forum, of which they [France] are a member, undermines the very essence of the Global Forum's structure and intent."

Describing The Bahamas as "a cooperative partner" on international tax matters, and a full participant in the Global Forum, the body that deals with all tax transparency and information exchange matters, Mr Turnquest said this nation was invited to its Paris headquarters last week to celebrate its 10th anniversary.

Financial services reaction to France's threatened "blacklisting" move yesterday was a combination of amazement and resignation. Paul Moss, president of Dominion Management Services, accused France of being "duplicitous" in its action given that it was part of the same EU bloc that recently gave The Bahamas a clean bill of health on tax matters.

"That's amazing. That's incredible," he told Tribune Business. "The EU has spared The Bahamas. It clearly demonstrates that no matter what we do for these guys they do what they want to do. France is part of the EU, which spared The Bahamas from any list, but they now have us on their list.

"They never give us a break. They [France] go rogue and decide to go outside their own bloc and super-impose their own standard. The EU says The Bahamas is fully compliant and done everything asked of it, and then France comes out with its own blacklist. I don't know what to say. No matter what we've done, no matter what we've pledged, we're still on a list. It's horrible."

Mr Moss argued that The Bahamas needed to now open embassies in France and Germany, so that it has diplomatic representation on the ground in the two countries that appear to be driving the anti-IFC agenda, rather than restrict itself to the just-launched presence in Brussels with the EU.

He added that the seemingly-imminent French action posed a further reputational risk for The Bahamas that was designed to deter that country's citizens and companies from doing business with this nation and its financial institutions.

Mr Sears, meanwhile, said France was merely following a national "blacklisting" trend that had been established by Italy. He argued that EU directives had emboldened its member states "to take punitive action against states like The Bahamas" even though they were asserting what he described as an "illegal jurisdiction".

Calling on The Bahamas to unite with other IFCs to present a united front against the likes of the EU, OECD and Financial Action Task Force (FATF), none of which he said have any legal standing to impose their demands on sovereign states, the former attorney general branded France's action as "a protectionist move" to benefit its own financial industry and retain more of its citizens' tax dollars.

He told Tribune Business: "The only solution I see to avoid an unequal and unlevel playing field is that we must find the courage to protect the national interest and sovereignty of The Bahamas, and challenge the legitimacy of these supra national or ad hoc bodies of which we are not a member.

"Otherwise we ought to abandon any pretence of being a sovereign country in the international community. It's a constantly moving target. Appeasement will not solve this. The only thing that will solve this in the eyes of the onshore centres that control the OECD and EU is for The Bahamas to abandon financial services and impose a tax regime equivalent to what they impose on their own citizens.

"Unless you remove yourself as a magnet or competitor for their citizens, you stand and defend your rights as a sovereign actor and establish solidarity with other IFCs to lobby for a global convention so we have a level playing field, transparent process and a process subject to international monitoring."

Arguing that none of these bodies had any authority to "blacklist" or levy economic sanctions on sovereign states such as The Bahamas, Mr Sears said the standards they sought to impose on this nation and other IFCs were not applied uniformly in their own states.

"I find it amazing that The Bahamas, which had been so instrumental in fighting for a global regime, an international law for the sea, seems to have forgotten how to use multilateral forums and international connections," he added. "We failed to do it with financial services, and are also failing to do it with climate change.

"The point I'm making is that we must stand up to the OECD, the EU and insist as a sovereign nation that things such as tax harmonisation be subject to a global convention as it's the only way we will have a voice.

"I cannot understand a country where the leadership of the country is afraid. Being small does not mean you cannot develop and exercise influence. We have to use principles of international law and diplomacy," Mr Sears said. "The Cayman Islands, a colony, has pushed back more admirably than we have."