US: Supreme Court to Rule on Release of President Trump's Tax Records. 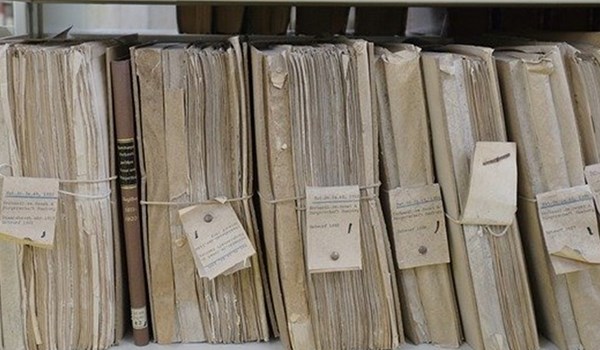 WASHINGTON — The U.S. Supreme Court agreed Friday to hear President Donald Trump's appeal of lower court orders, now on hold, that require his banks and accountants to turn over financial records to the House and local prosecutors in New York.

The cases could yield major rulings on the power of the House to demand records for its investigations and the authority of a president to resist such demands. By granting review now, the justices made it possible for these cases to be heard during the current court term, in March, with a decision by the end of June, just as the general election campaign heats up.

"We are pleased that the Supreme Court granted review of the President’s three pending cases," Trump's attorney, Jay Sekulow, said in a statement. "These cases raise significant constitutional issues. We look forward to presenting our written and oral arguments."

The court will decide whether Trump's accounting firm must respond to a grand jury subpoena obtained by the Manhattan district attorney, Cyrus Vance. It seeks nearly a decade's worth of tax returns and other financial documents for an investigation of hush-money payments made to two women who claimed they had affairs with Trump, allegations the president has consistently denied.

The justices also agreed, with no noted dissents, to hear Trump's appeal of lower court rulings involving subpoenas issued by the Democratic majority on the House Oversight Committee. It orders President Trump's accounting firm to turn over Trump-related financial documents covering 2011 through 2018.

The committee said it acted after former Trump lawyer Michael Cohen testified that "Mr. Trump inflated his total assets when it served his purposes and deflated his assets to reduce his real estate taxes."

Trump's lawyers, who asked the court to take up the case, contended that the House had no authority to subpoena records unless it seeks information for the purpose of writing laws. In this case, they said, the House was improperly acting as an investigative body in an action that implicates the president.

If the House succeeded, subpoenas covering the private lives of further presidents could become routine in times of divided government, they said, "given the obvious temptation to investigate the personal affairs of political rivals."

Lawyers for the House said the subpoena is not seeking anything covered by official privilege or, in fact, anything directly from the president at all.

"There is no need for this court to make definitive pronouncements on the scope of Congress's power in a case in which its ruling will be so limited in application and consequence," they said in court filings.

As for Congress's authority to seek the material in the first place, they said Trump's decision to maintain his ties to a broad array of business ventures raises questions about the adequacy of existing laws covering ethics requirements.

The Financial Services Committee subpoenaed a broad range of records from two banks that have done business with the president and members of his family — Deutsche Bank and Capital One. Democrats said both banks have paid fines for deficiencies in their programs to fight money laundering, and they cited news reports indicating that "several Trump properties were purchased using anonymous shell companies and funded by Russian oligarchs."

The Intelligence Committee also approved a subpoena seeking records from Deutsche Bank, explaining that it was investigating "potential leverage that foreign actors may have over President Trump, his family, and his businesses."

The Trump lawyers said the subpoenas were extraordinarily broad, saying more than a decade's worth of documents and covering members of his family who have never held public office, seeking "virtually every financial detail that the institutions might have" about their private affairs.

"These 'dragnet' subpoenas look nothing like a legislative inquiry," the president's lawyers said, and are beyond the power of Congress to issue.

In a statement issued Friday evening, House Speaker Nancy Pelosi, D-Calif., pushed back on those arguments from the Trump legal team and expressed disappointment that "the American people will now have to wait several more months for final rulings."

“The Courts have repeatedly reaffirmed the Congress’s authority to conduct oversight on behalf of the American people, and have specifically recognized that the Committees’ subpoenas of the President’s financial records are valid and enforceable," she said. "As the Courts have made clear, there are no special privileges for information unrelated to the President’s official duties, but squarely related to Congress’s need for legislation and oversight."

"We are confident that the Supreme Court, the highest court in the land, will uphold the Constitution, the rulings of the lower courts and ensure that Congressional oversight can proceed," Pelosi added.