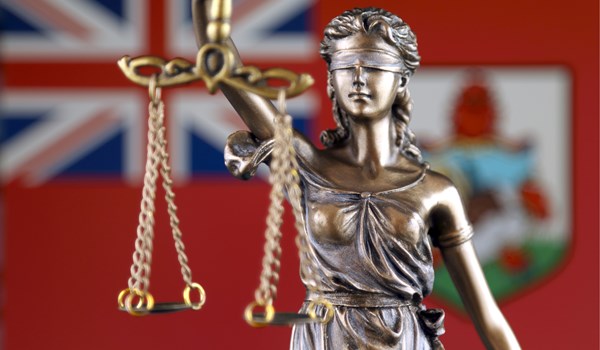 As published on royalgazette.com, Friday November 8, 2019.

The Minister of Finance said the importance of regular engagement with the island’s major trading partners had become clear from the episode.

Bermuda was put on the European Union’s list of noncooperative jurisdictions in March over what David Burt, the Premier, described as a “drafting error” in proposed economic substance legislation. The island was removed from the blacklist in May after the error had been rectified.

Speaking yesterday at the PwC Insurance Summit, presented by the Financial Times, Mr Dickinson described the blacklisting as a “bump in the road” as a result of “an unfortunate and unnecessary incident”.

“We decided that we were not going to cower in the corner,” Mr Dickinson told Olver Ralph, the FT’s insurance correspondent on stage at the Hamilton Princess and Beach Club.

“We immediately decided to engage the European Commission. We had political, as well as technical level, engagements and at the earliest opportunity we were removed from the list.

“A couple of good things came out of that experience. We had an opportunity to strengthen our engagement with the EU members states and the EU officials in Brussels.”

With a greater appreciation of the need to engage internationally, Mr Dickinson said he had asked his finance ministry team to draw up a strategy for continued engagement with the EU, US and, with Brexit looming, the UK.

“Engagement helps us to tell our story, to remain relevant and to build relationships,” he said. “It’s easier to pick up the phone and call someone you know and offer an explanation about an issue than it is to start afresh all the time.”

Mr Ralph asked the finance minister how he expected the insurance market to evolve.

“My expectation is that we will now start to see the introduction of artificial intelligence and distributed-ledger technology, which will start to digitise how insurance is delivered,” Mr Dickinson said.

Coping with the changing environment called for a strong partnership between business, regulator and government, working together to remain relevant, he added. The Bermuda Monetary Authority, the financial-services regulator, had already introduced a framework to accommodate innovators.

Mr Ralph asked Mr Dickinson about the Premier’s speech at last month’s Progressive Labour Party delegates conference, in which Mr Burt said the economy was not working for most Bermudians and the Government intended to change the status quo.

“My sense is that the Premier was focusing on the local economy,” Mr Dickinson said. “The international business sector thrives in the face of competition. Our small size does sometimes offer opportunities for monopolistic behaviour.

“I think that the challenge we have as the Government with our international business partners is that the cost of doing business is incredibly expensive. As a government we have to figure out how to wrestle and control some of those costs.

“I take the view that we need to provide an environment that is good for business and doing that will provide an economy that’s good for Bermuda.”

On the subject of ensuring Bermudians have the skills to enable the island to compete in the 21st-century economy, Mr Dickinson said successive governments had struggled to reform the education system. He said it was important for Bermudians to buy into the idea of education as a continuous process.

“I take the view that your bachelor’s degree is evidence that you’re willing to learn — now go and learn some more,” Mr Dickinson said.

“In light of the fact that the world is getting smaller and competition is increasing, it’s important that our talent is upgrading its skills to remain relevant.”