NEVIS: Opening of new CCCU Headquarters is Evidence of St Kitts- Nevis as a Finance Centre, according to Dr Douglas. 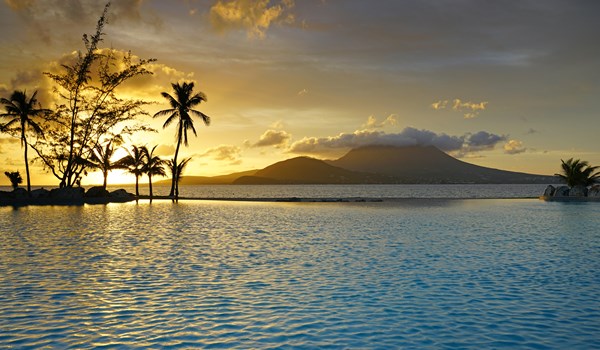 One of the jewels in the crown of the leaders of the St Kitts-Nevis Labour Party was officially opened here last weekend.

The official opening last Saturday of the new million-dollar headquarters of the Caribbean Confederation of Credit Unions (CCCU), is evidence of the decision of the Federation’s First National Hero and First Premier and Minister of Finance, the Rt Excellent Sir Robert Llewellyn Bradshaw, to lobby for then Bridgetown-based Eastern Caribbean Currency Authority (ECCA) to be in St Kitts after Barbados decided to introduce its own currency.
The ECCA was later re-named the Eastern Caribbean Central Bank (ECCB).

In an invited comment on the recent official opening, former Prime Minister and Minister of Finance, The Rt Hon Dr Denzil Douglas was asked about the decisions he made during his term of office to attract other sub-regional and regional financial institutions to St Kitts and Nevis.

He noted that the construction of the new headquarters had become necessary since the building in which it has been housed since being established in 2002 was over 70 years old.

“I was honoured to have attended this event because to me it was a consecration of the vision of St Kitts-Nevis Labour Party since the Bradshaw era to transform St Kitts and Nevis into a major, if not the financial capital of the OECS.

“The continuing of that vision by Sir Robert was pursued during the period of Sir Kennedy Simmonds but continues today as a result of a continuing of that vision by the Labour team and me,” said Dr Douglas, who noted that it was also part of Bradshaw’s vision to ensure the growth and success of the St Kitts-Nevis-Anguilla National Bank to become not only the Federation’s largest bank but also the largest indigenous bank in the Eastern Caribbean Currency Union.