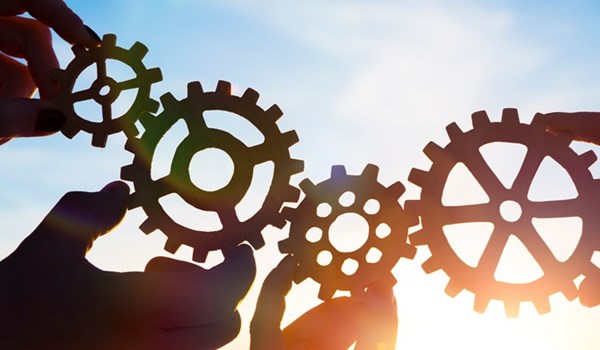 As published on gsy.bailiwickexpress.com, Sunday November 17, 2019.

Guernsey's representatives have used the latest meeting of the British-Irish Council to raise issues of concern for the island, and also to highlight the good work being done here in other areas.

President of the Policy & Resources Committee, Deputy Gavin St Pier, and President of the Committee for Health & Social Care, Deputy Heidi Soulsby, both attended the 33rd BIC Summit hosted by the Irish Government in Dublin.

The Summit focused on political developments within BIC Member Administrations, the United Kingdom’s (UK) work towards its exit from the European Union (EU), and a discussion on issues relating to substance misuse.

Leo Varadkar TD, An Toiseach, hosted the Summit, while the Secretary of State for Northern Ireland and the First Ministers of Scotland and Wales were also in attendance along with the Chief Ministers of Jersey and the Isle of Man.

Due to the ongoing political talks in relation to the power-sharing arrangements in Northern Ireland, there was no political representation present at the Summit.

Brexit was one topic of discussion, including the continuing possibility of a no deal exit, which could have an impact on each of the Member Administrations and the relationships between them.

Deputy St Pier said: “I was very pleased to attend the 33rd British-Irish Council Summit in Dublin today. Since the decision of the UK in June 2016 to withdraw from the EU I have seen at first-hand the significance of the BIC forum and the benefits that derive from it grow, particularly for Guernsey as a smaller jurisdiction. It provides an invaluable opportunity to enhance our engagement with representatives from across the UK and Ireland, and to continue to strengthen these relationships as the UK moves towards its exit from the EU, to ensure that Guernsey’s interests continue to be heard and taken into account.

“Further to the discussions of the Council in relation to energy policy, I took the opportunity to raise Guernsey’s work in the area of green finance, which is continuing to develop. Guernsey is at the forefront of this work, and I was pleased that we will be able to lead discussions to investigate ways in which the Member Administrations could work together on this topic. This is an endorsement by the Council of Guernsey’s expertise in this area.

“The BIC forum has become vital for Guernsey to express its interests and its concerns at the highest level in relation to a wide range of policy matters, and also to gain its intelligence about what is happening elsewhere that may also affect the Island. I look forward to the BIC forum continuing to develop and evolve as the political relationships between its Member Administrations change, and I am certain that it will continue to be an invaluable forum for Guernsey to be a part of.”

The political representatives with responsibility for health and social care policy met in advance of the Summit to discuss mutual matters of concern, including ways in which strengthening links between health and social initiatives and policing can have positive social and economic benefits for communities.

Deputy Soulsby said: “I was pleased to represent Guernsey at the Misuse of Substances Ministerial meeting today and I found the discussions to be useful and productive.

“Substance misuse is an issue that affects communities across the BIC Member Administrations, and is something the we are tackling in Guernsey through the Bailiwick Drug and Alcohol Strategy. Since 2018 the Committee for Health & Social Care has been taking a more unified approach to substance misuse locally, as we understand that reducing drug supply alone is not sufficient to tackle the problem of substance misuse, as an effective response also requires measures to reduce demand, such as prevention, treatment and rehabilitation. We were able to discuss a range of initiatives that are being implemented across the Member Administrations and it was extremely useful to be able to learn from the work currently being undertaken in the other Member Administrations, which we can use to inform the development of ourpolicies locally.”