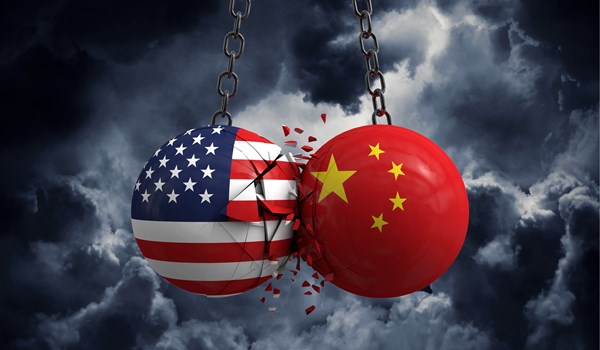 Foreign money is still betting on China, regardless of a slowdown in its economic growth, or tense trade negotiations with the United States.

As global bond yields remain low, investors clamored for China’s biggest ever international sovereign bond sale on Tuesday, with orders for the $6 billion raise reaching 3.6 times the issuance, according to China’s Ministry of Finance.

“We still have a lot of investors who have confidence in investing in China,” Frank Zheng, head of international fixed income at China Asset Management Company, said in a phone interview Thursday, according to a CNBC translation of his Mandarin-language remarks.

The issuance yields for the four tranches of bonds ranged from 1.929% for a three-year term to 2.881% for a 20-year term, the finance ministry said.

The Chinese government has picked up the pace of a long-touted opening of the local financial industry to foreign investors, peeling back limits on foreign stakes and quotas for foreign securities investment. The moves come as Beijing is under pressure from the U.S. to improve foreign access to Chinese markets, and needs to attract more capital into the local market.

Zhao Bowen, research director at Beijing-based Blue Stone Asset Management, pointed out that in the third quarter, China’s non-reserve financial assets broke a trend of running a surplus and instead posted a significant deficit that was greater than the current account surplus. Zhao also noted how trade tensions with the U.S. pushed the yuan weaker, giving Beijing more incentive to attract foreign capital.

While the majority of China’s debt (which has soared to a more-than-300% debt-to-GDP ratio) is denominated in local currency, Beijing needs U.S. dollars and other major foreign currencies for doing business with other countries, as the internationalization of the yuan makes slow progress.

Foreign investment in Chinese stocks has exceeded 240 billion yuan ($34.1 billion) for the year so far, according to a state media report of comments from Li Chao, vice chair of the China Securities Regulatory Commission, at a conference on Nov. 23 in Guangzhou.

More overseas capital is set to flow into Chinese stocks after MSCI this week increased the amount of China A shares in its globally tracked indexes, bringing the weighting of mainland shares to 4% in the MSCI Emerging Markets index.

The inclusion could potentially bring net passive inflow of about $5.8 billion into the A-share market, UBS Securities China Equity Strategy team said in a note Tuesday.

The report pointed out that at the end of September, foreign investors held 1.77 trillion yuan ($253 billion) in A shares, or 7.9% of the total free-float market capitalization. That’s up from 6.7% at the end of 2018, the UBS note said.

“For 2020, we expect more foreign active inflows as GDP growth rebounds from (the second quarter of 2020). A potential de-escalation of US-China trade tensions and the stability of Rmb exchange rate could boost offshore investors’ sentiment, in our view,” the report said.

China Asset Management’s Zheng doesn’t expect the Chinese government will need to issue more U.S.-dollar debt in the near future. Instead, this week’s sovereign bond issuance ” will help some Chinese companies when issuing bonds overseas,” Zheng said. “It will give them a reference curve. But the exact number of bonds, it’s up to the company.”

Many Chinese companies have still chosen to go public in New York this year, and even raise additional financing, despite growing political rhetoric in the U.S. against investing in China, and Beijing’s efforts to encourage its own companies to list closer to home.

In about the first three quarters of the year, U.S.-listed Chinese companies announced nearly $7.2 billion in public offerings of fixed income and private placements, typically of convertible debt, according to CNBC analysis of data from S&P Global Market Intelligence. That outpaced $5.6 billion raised in the first three quarters of 2018, and is close to last year’s total of $7.8 billion, the data showed.