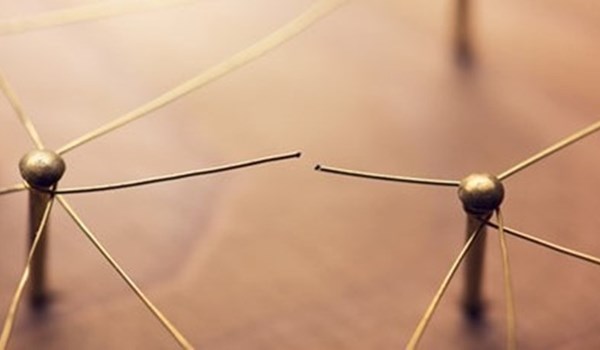 As published on computerworld.com, Tuesday November 19, 2019.

The Canadian division of Walmart has launched a blockchain-based supply chain that includes freight tracking and payment processing for 70 trucking companies whose goods are transported to more than 400 retail stores.

The system is now live and all of Walmart Canada's third-party freight carriers are scheduled to be on the network by Feb. 1, 2020, the company said in a statement. Walmart claims the blockchain network is the largest of its kind in the world, a claim not disputed by industry analysts.

For example, TradeLens is a blockchain-based supply chain launched by Maersk and IBM with more than 100 participants. Those participants include four of the world's largest ocean carriers, three inland carriers and 61 ports around the globe. But for all its participants, it purportedly has only 14 blockchain distributed nodes.

Meanwhile, Cisco runs a track-and-trace system for hundreds of its suppliers worldwide, reportedly with 12 nodes.

Walmart's new private blockchain, in contrast, has 27 distributed nodes, some of them on premise, others in the cloud – provided by a blockchain vendor.

"It probably is the largest," said Avivah Litan, a Gartner vice president of research.

The distributed ledger network, called DL Asset Track, was created by Walmart and its tech partner, Toronto-based DLT Labs. The system automates the tracking of freight shipments and invoice creation; it uses IoT sensors and GPS tracking in semi-trailer trucks as well as a web portal and a mobile app where information can be input manually by operators and suppliers.

While Walmart's blockchain may be industry leading, it's not without vulnerabilities. Unlike a public blockchain-based network such as those used by Bitcoin or Ethereum, which can have thousands of nodes, a permissioned or private blockchain like Walmart's only contains dozens of nodes. The rule of thumb for blockchain is the more distributed nodes you have, the most secure the system is because each node gets an immutable copy of the data, so gaming the system is nearly impossible.

"It means your network can tolerate corruption," Litan said. "The more nodes, the more the consensus" that the data being shared is accurate and hasn't been tampered with.

While Walmart and DLT Labs' blockchain supply chain may not have the same resilience to attack and fault tolerance as a Bitcoin cryptocurrency network, what it does have over traditional business databases is that it's a shared, immutable audit trail. Blockchain natively is a write-once, append-many technology; once an entry is made, it cannot be changed.

What also sets Walmart's blockchain apart from other business blockchains is the deep level of integration with existing corporate data systems, according to Martha Bennett, a vice president of research for Forrester.

"And, we're talking proper technical integration, not just [electronic] message passing," Bennett said. "This project also takes an innovative approach to invoice generation and payment, in that Walmart's payments [are] triggered and executed automatically as part of the smart contract process. I've not seen that elsewhere yet in a production system."

The DL Asset Track is based on an iteration of Hyperledger Fabric – an open source, enterprise-grade, permissioned blockchain platform developed by the Linux Foundation. Through a set of APIs, the blockchain ledger can connect to Walmart and carrier legacy data systems, such as SAP ERP and accounting systems, as well as transportation management systems, according to Louden Owen, CEO of DLT Labs.

External data sources such as ERP systems or transporation management systems that feed information into a blockchain are known as "oracles" in the industry.

The blockchain ensures accuracy because variable information, such as transport time input by freight truckers, is matched against IoT and GPS tracking data automatically uploaded to the blockchain ledger in real time.

From 50% to 75% of all invoices experience some form of dispute that requires resolution, and those disputes can take weeks or even up to two months to resolve, according to Louden Owen, CEO of DLT Labs.

"It's a gargantuan issue for everyone simply to verify these highly complex, highly variable transactions," Owen said.

Walmart Canada operates 8.75 million square feet of distribution center and moves more than 853 million cases of merchandise a year. The goods are transported by a by a third-party fleet and Walmart Canada's own collection of 180 tractors, 2,000 trailers and more than 350 drivers. Each third-party trailer tracks approximately 200 data points per shipment. Automating the data collection and management using blockchain can result in a significant cost-saving, the company said.

Transport and shipping systems invariably have both fixed and variable costs. For example, the mileage reimbursement may be a fixed price, but vary depending on the contract. Delivery times can vary between time spent on the road and time spent waiting to offload a shipment once a truck reaches its destination. Often, trucks must wait in line for hours to offload shipments; the reimbursement for that is different than for miles driven and can vary according to the amount of time spent in queue.

Additionally, Walmart has more than 70 carriers and they all have different rates. "What was happening is that Walmart and its carriers had their own set of data. It was getting mismatched and [settlement] was getting delayed," said DLT Labs CTO Neeraj Srivastava.

DLT Labs took Walmart's paper-based contracts with its carriers and converted them into a smart contract, Srivastava said. A smart contract is business software that can be embedded into a blockchain network and automatically executed when certain conditions are met.

Logistics and transportation is an $8 trillion industry and as much as $140 billion per day can be tied up in disputes or settlements between supply chain participants, according to Laurie Tolson, chief digital officer of GE Transportation.

Disputes arise because information between supply chain participants often varies, depending on who's in-putting data, as well as poor contract management at the outset of supplier-buyer relationships, according to Sarah Rathke, an attorney with the international law firm Squire Patton Boggs.

Having a real-time, actionable data for invoice creation, and a smart contract with terms for each carrier helps head off any payment disputes, Owen said.

"That's the real beauty of the system... real-time actionable data," Owen said. "Walmart and a carrier, together, in real-time, agree on the invoice, which doesn't need a third-party audit."

For freight carriers, the blockchain network alleviates the need to find financing as they wait weeks or months to be paid for goods because of invoice disputes.

A single invoice can cost up to $11 to generate and if they're not resolved, further expenses are incurred by shippers waiting for payment, according to Litan.

"They hit all the sweet spots with this [blockchain network]. Invoice and payment resolution is low-hanging fruit because there are so many disputes," Litan said. "It's really EDI 5.0. It's an immutable audit trail and a system of shared processes. Because it's a private blockchain, it still means you have to trust all the participants."

Bison Transport was the carrier partner in the pilot for the new freight and payment network. According to Rod Hendrickson, vice president of finance for Bison Transport, the end result is "a mutually beneficial solution."

"This project is a new paradigm that will greatly improve workflows, reduce paperwork, and make the business we do with Walmart more efficient," Hendrickson said.

This is not Walmart's first foray into blockchain-based track-and-trace systems. U.S.-based Walmart and Sam's Club have asked all their suppliers to come on board an IBM-based blockchain supply chain system for tracking produce from farm to shelf. That project, however, is a proof-of-concept restricted to the shipment of some farm produce, while DL Asset Track will literally track every shipment to Walmart's Canadian stores.

"Clearly, there are still dependencies on tech providers to ensure that the system is running smoothly," Forrester's Bennett said. "Yes, Walmart is the dominant partner; but Walmart Canada has put in a lot of work to ensure that there's benefit for the whole ecosystem – if ecosystem partners don't see what's in it for them, they won't fully participate."