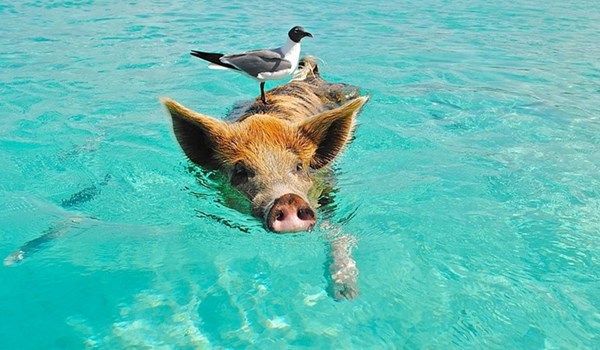 The Bahamas must "show credibility" by sticking to its medium and long-term fiscal plan despite Hurricane Dorian's $436m blow, the Central Bank's governor urged yesterday.

John Rolle, pictured, told Tribune Business it was critical that this nation "maintain fiscal discipline" in non-hurricane years so that it both remained on its consolidation track and built up financial breathing room to cope with future natural disasters.

Speaking after K Peter Turnquest, deputy prime minister, revealed that the projected fiscal deficit for 2019-2020 was now likely to hit $573.4m, Mr Rolle said such an outcome was "not unexpected" given the magnitude of the devastation Dorian inflicted upon Abaco and Grand Bahama.

"It's precisely the kind of outcome that causes you to have a very deliberate focus on consolidation and fiscal discipline in the quiet years," the governor said. "For the government, what's most important is that we maintain the discipline around how the finances are managed in years where we do not encounter a disaster and keep them on the path of consolidation.

"If we succeed at it, it allows you to do precisely what you have to do now; a spike in the debt, an upshoot in the deficit to manage the recovery. Everything you do with fiscal consolidation gives the room to respond to natural disasters.

"For the government and The Bahamas, we have to demonstrate credibility that our medium and long-range fiscal framework, that we're sticking to it."

Based on recently-released Central Bank data, the Minnis administration was certainly "sticking" to its consolidation initiatives prior to Dorian's arrival. The government hit its 2018-2019 deficit target by near-halving the "red ink" to $222.4m, achieving a $192.5m or 46.4 percent year-over-year reduction.

Mr Rolle, meanwhile, said it was sometimes hard to believe that The Bahamas' vacation rental market was enjoying such a steep growth rate as he expressed optimism that many visitors who would have stayed in Abaco and Grand Bahama could be attracted to other islands.

"The Bahamas is still on a very steep growth path with vacation rentals year-over-year," he told Tribune Business. "It's been difficult to look at the year-over-year change and convince yourself you're looking at the same thing. Some of that is going to carry activity, particularly in the Family Islands."

Arguing that Dorian's impact on the Bahamian economy's 2020 growth potential will be minimised if this nation is "able to save some of the tourist business" that had been headed for Abaco and Grand Bahama, Mr Rolle explained: "It will be better to the extent we find a way to attract persons unable to vacation in Abaco in good numbers to other destinations.

"I'm not saying we will attract every single one, but I think a significant fraction could be attracted elsewhere." The Central Bank's latest economic report revealed that Abaco's loss will be felt most dearly in the vacation rental market, as the island accounted for 17.5 percent - or almost one in five - listed bookings during the eight months to end-August 2019.

Together with Grand Bahama, the two islands have received more than one-quarter or 25.6 percent of all bookings in that market segment prior to Dorian's arrival. Highlighting the continued growth, the Central Bank added: "The latest data from AirDNA revealed that total room nights sold improved by 49.1 percent in August over the same month in 2018....

"However, pricing indicators varied as the ADR for entire place listings edged up by 0.4 percent to $403.31, while the ADR for hotel comparable listings decreased by 5.1 percent to $153.76. By island, ADRs for entire place listings across all of the major destinations, with the exception of Abaco, increased during the month, while for hotel comparable listings declines were registered across all the major markets, with the exception of Abaco and Grand Bahama.

"Over an eight-month period vacation rental sales grew by 30.4 percent in comparison to 2018, with all major destination groupings showing improvements. However, average nightly pricing for entire place listings fell by 1.4 percent, while that of hotel comparable accommodations decreased by 6.5 percent."

Mr Rolle declined to estimate The Bahamas' revised 2019 GDP growth, which had been projected at 1.8 percent pre-Dorian, but forecast that it is "still going to be moderately positive just because of the strength of the performance" seen in the tourism industry up until the end of August.

He suggested that upcoming Bahamian growth estimates by the likes of the International Monetary Fund (IMF) were likely to be "conservative" given international perceptions of Dorian-related devastation, but indicated the impact may be less - especially if The Bahamas was able to retain much of its vacation rental business.

With tourism outside the two impacted islands still growing, and seemingly set for a strong winter season, Mr Rolle said reinsurance inflows and the Government's restoration spend were likely to offset the traditional seasonal drawdown on The Bahamas' $1.5bn foreign currency reserves.

He acknowledged that 2020 was when The Bahamas might see "a small economic contraction or zero growth" as the reconstruction effort began in earnest.