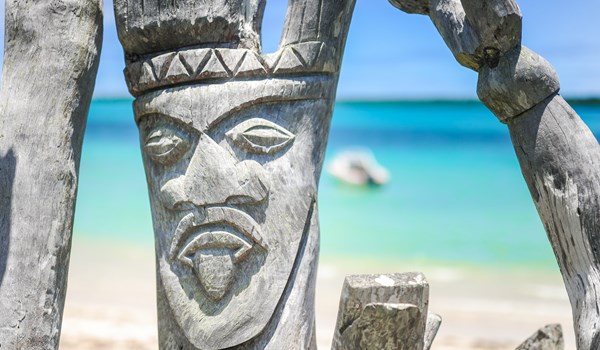 Vanuatu is reviewing its “passports for sale” scheme over concerns that inadequate scrutiny of the mainly Chinese applicants risks undermining the visa-free access it enjoys with the EU.

Since it was launched in 2016, the citizenship program has issued some 4,000 passports and generated more than $200 million in government revenue for Vanuatu, mostly from Chinese applicants eager to obtain a passport that provides visa-free access to 129 countries, including the EU.

Vanuatu is not alone in selling citizenship, although most countries, such as the U.K. or U.S., require investments in businesses or government bonds before handing over a passport or residence permit. But the popularity of the program sets the archipelago apart. In fact:

In 2018, Passport sales generated a third of Vanuatu's government revenues.

But a series of scandals, including the deportation of six Chinese nationals in July at the request of Beijing — four of whom held Vanuatu passports — has led the EU to express its concerns about the program’s controls.

“We are getting some negative implications as a result of the lack of due diligence on applicants to get citizenships, which is affecting our bilateral relations with other countries,” says Ralph Regenvanu, Vanuatu’s minister for foreign affairs.

“So, it’s important for us to take stock, stop some aspects of the program and make the other aspects better.”

The review comes amid wider worries in the west over Chinese influence in the Pacific, where Beijing has funneled $6 billion in development aid since 2011 on infrastructure projects. Chinese universities have developed Pacific language programs and offered hundreds of scholarships to Pacific students to boost educational links.

Beijing’s Pacific push has persuaded six of the region’s island nations to switch their diplomatic allegiance away from Taiwan toward Beijing since 2016. Most of the tiny island nations have populations of fewer than 1 million — just 300,000 people live in Vanuatu — but each has a vote at the U.N. and controls strategic shipping lanes in Pacific waters.

Regenvanu says that because of its limited economic clout, Vanuatu had no choice but to use its votes strategically in international organizations such as the U.N. He said this included targeting infrastructure investment from larger countries, such as China.

“We’re experiencing a surge in Chinese interest in Vanuatu and investment in Vanuatu compared to, for example, Australia, a traditional partner,” says Regenvanu.

He rejected western concerns that Beijing held too much sway in the region. “The important thing is we make sure that our laws that we develop for our benefit are enforced across the board. It doesn’t matter who you are.”

But the deportation of the four Vanuatu passport holders to China undermined this statement. The Daily Post in Vanuatu suggested that Beijing had persuaded the local government to “enforce Chinese law within its own borders.”

Regenvanu says the program review was already underway and would be completed before March parliamentary elections. He said the government was not happy with the level of due diligence on applicants or the structure of a program that requires little more than a $150,000 cash payment to receive Vanuatu citizenship.

“The challenge is oversight and regulation; just who exactly is getting these passports?” asked Jonathan Pryke, director of the Pacific program at the Lowy institute, a think tank.

Pryke continued, “Vanuatu passports are appealing, they’re relatively cheap and have no requirement for a minimum amount of time or investment in the country itself, just a cash payment.”