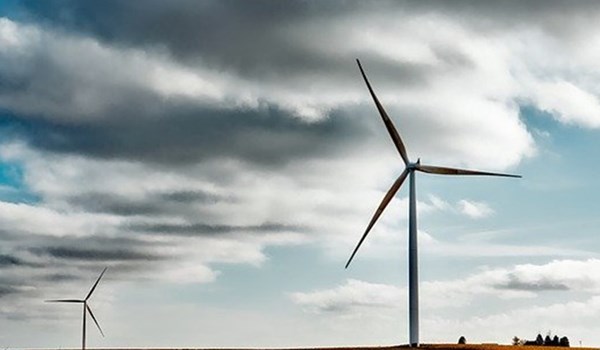 As published on khaleejtimes.com, Friday September 6, 2019.

Global investment in new capacity for renewable energy is on course to reach $2.6 trillion by the end of this decade, more than triple the amount of the previous decade, a report commissioned by the UN Environment Programme says.

The figure excludes large hydropower projects and is equivalent to 1.2 terawatts (TW) of new renewable energy capacity this decade. That's more than today's entire US electricity generation units and half of the 2.4 TW of total power capacity installed over the same period.

The UAE is also a major driver in promoting renewable energy resources. Dubai Clean Energy Strategy (DCES) 2050 sets targets for 7 per cent of clean energy in the generation mix by 2020, 25 per cent by 2030 and 75 per cent by 2050, while Demand Side Management Strategy 2030 aims to reduce energy and water demand by 30 per cent by 2030.

Abu Dhabi, meanwhile, is all set to host 24th World Energy Congress, the first time it will be held in the Middle East. It is the world's largest and most influential energy event covering all aspects of the sector's agenda. It is set to welcome more than 66 ministers, over 15,000 visitors and more than 300 speakers.

The Dubai Electricity and Water Authority (Dewa) plays an essential role in achieving these goals by reinforcing the renewable energy sector and fuel diversification to meet the objectives of the DCES 2050, which maps out Dubai's energy sector over the next three decades.

"In accordance with the directives of His Highness Sheikh Mohammed bin Rashid Al Maktoum, Vice-President and Prime Minister of the UAE and Ruler of Dubai, we are working towards strengthening national efforts in the field of green energy," Saeed Mohammed Al Tayer, managing director and CEO of Dewa, said in a statement announcing the 21st Water, Energy, Technology and Environment Exhibition (Wetex) that will be held at the Dubai International Convention and Exhibition Centre from October 21-23.

"Dewa is keen to promote all forms of green energy as a clean alternative to conventional energy, in line with the 17 Sustainable Development Goals of the United Nations 2030 Agenda... renewables such as solar, wind and water power are key to achieving sustainable economic, social and environmental development," he added.

The World Energy Congress - a tri-annual event now considered the 'Davos of energy issues' - will boast the UAE's economy and will raise Abu Dhabi's profile as an important place for business and a destination for tourism.

"The UAE has outlined ambitious plans in transforming the energy sector including two of the largest solar generation projects in the world and we are proud that Abu Dhabi is the first city in the Middle East to stage this prestigious event, which is another feather to our cap."

The UN report points out that the increase stems from a fall in interest rates in major economies and a slump in costs, with the "levelised" cost of solar photovoltaics down 81 per cent, onshore wind down 46 per cent and offshore wind down 44 per cent this decade.

The levelised figure is the cost of generating a megawatt hour of electricity; the upfront capital and development cost; the cost of equity and debt finance and operating and maintenance fees.

The biggest investing country during the decade is set to be China, which committed $758 billion between 2010 and mid-2019. Over the same period, Europe invested $698 billion and the US spent $356 billion, the report said.

Solar power has attracted the most investment this decade at $1.3 trillion. By the end of this year, there will be more solar capacity installed this decade - 638 gigawatts (GW) - than any other power generation technology.

Meanwhile, the Abu Dhabi Department of Energy - host and sponsor of the 24th World Energy Congress - has unveiled the agenda for its participation in the event's activities.

The department's leading objective at the event is to showcase its energy efficiency initiatives and highlight the investment opportunities the sector presents to local and international investors. DoE chairman Eng Awaidha Murshed Al Marar is set to take part in a day-one session at the Congress, entitled 'New Visions of Energy: Succeeding in a Context of Disruption', in addition to giving the keynote speech at the session on 'Business as (Un)usual: Opportunity for Change' on the second day of the event.

Under-secretary Mohammed bin Jarsh Al Falasi will be participating in a session on day three, bearing the title 'Market Design: Enabling the Energy Transition'. The Department of Energy is also preparing to host a discussion panel for local and international energy experts to discuss the long-term developments taking place across the energy sector in Abu Dhabi.