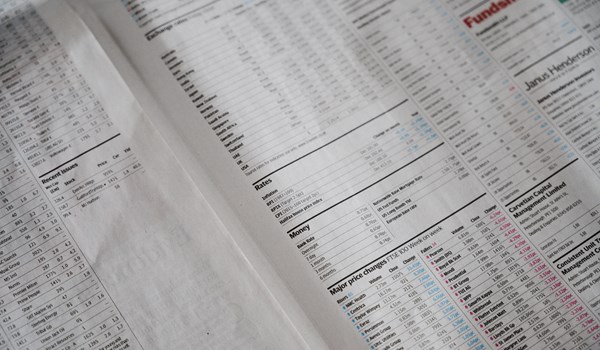 As published on irishtimes.com, Tuesday 7 April, 2020.

European shares rallied for a second straight day on Tuesday, with investors focusing on early signs that the coronavirus pandemic may be easing, even as major companies still take steps to shore up cash after lockdowns crushed global demand.

The pan-European STOXX 600 index rose 2.7 per cent at 7.16am – hitting its highest in almost a month, with governors of several hard-hit US states pointing to tentative signs the outbreak might be starting to plateau.

Spanish stocks jumped 2.2 per cent as coronavirus deaths slowed for a fourth day on Monday, prompting the government to contemplate a gradual easing of a nationwide lockdown.

The benchmark STOXX 600 index has now gained more than 22 per cent since hitting an eight-year low in March, but remains more than 24 per cent below its February record high, when the worldwide spread of the novel coronavirus sparked a virtual halt in business activity.

France’s Thales on Tuesday became the latest major company to slash its dividend and suspend profit forecasts, but its shares rose 1.8 per cent after it said it had signed a new €2 billion ($2.17 billion) credit facility to shore up liquidity.

US stocks rallied on Monday, with the S&P 500, Dow Jones Industrial Average, and Nasdaq Composite all rallying more than 7 per cent, encouraged by the slowing death toll from the virus in global hot spots, including New York and Italy.

The broader Topix rose 2 per cent to 1,403.21, also a highest closing level in a week, with all of the 33 sector sub-indexes on the exchange finishing in positive territory.

Stocks that were battered more in recent weeks fared better on Tuesday.

However, traders said it is just a short-covering rally and lacks conviction, with many long-term investors still waiting for the details of Japan’s $1-trillion economic stimulus package.

Indeed, overall activity was subdued, with the volume of shares traded on the main board valued at 2.82 trillion yen, well below its average over the last 20 days of 3.51 trillion yen.

On the flip side, shares that gained recently were pressured by profit taking.

Fujifilm Holdings, which produces of Avigan anti-flu drug, a potential Covid-19 treatment, retreated 5.5 per cent after hitting a record high on Monday.

The Japanese government is planning to finalise a massive stimulus package worth 108 trillion yen – equal to 20 per cent of Japan’s economic output – to cushion the heavy impact of the pandemic on the world’s third-largest economy.

“The proposed large stimulus package is a very positive step. But markets have already begun to price in the passage of a 60 trillion yen stimulus, including a fiscal outlay of 20 trillion yen,” said Naoya Oshikubo, senior economist at Sumi Trust.

“So unless the measures announced are even larger than forecast, market sentiment will not improve in the short-term – the yen will not weaken and the stock market will not rally.”

Japan prime minister Shinzo Abe will hold a news conference at 10am GMT. Abe is set to announce a state of emergency on Tuesday for the capital, Tokyo, and six other prefectures to stem a worrying rise in coronavirus infections in major population centres.

Elsewhere, Nitori Holdings Co climbed 6.9 per cent after the discount furniture store operator forecast operating profit to grow 4.4 per cent in the current business year through February, even after taking into account the potential impact of the coronavirus outbreak.

Takeda Pharmaceutical Co added 3.9 per cent on the news that blood products giant CSL Behring has joined forces with the Japanese drugmaker to develop a Covid-19 plasma treatment. – Agencies