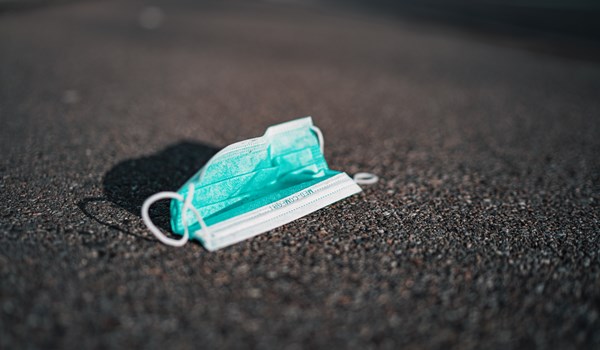 As published on thenational.ae/business, Wednesday 1 April, 2020.

British UAE residents stuck in the UK due to the coronavirus lockdown fear they may have to pay income tax if they stay in the country longer than permitted under the country's taxation rules.

HM Revenue & Customs recently issued new guidance to factor in expatriates caught in the UK amid the pandemic. The tax authority clarified existing rules around "exceptional circumstances", which already allow those prevented from leaving to deduct up to 60 days from their total tally of time spent in the country during a tax year. The UK's tax year runs from April 6 to April 5.

“The coronavirus (Covid-19) pandemic may impact your ability to move freely to and from the UK or, require you to remain unexpectedly in the UK,” HMRC states in its updated guidance for overstayers.

“Whether days spent in the UK can be disregarded due to exceptional circumstances will always depend on the facts and circumstances of each individual case.”

More than 724,000 people around the world have contracted Covid-19 and more than 34,000 have died as of Monday, according to Johns Hopkins University, which is tracking the spread of the disease. More than 152,000 people have recovered.

Peter Webb, international tax manager at The Fry Group, which has an office in the Dubai International Financial Centre, said 25 expatriates concerned about their tax status amid Covid-19 have contacted him over the past two weeks.

The limit for visiting the UK each tax year without becoming UK resident can be as low as 15 nights or as high as 182 nights said Mr Webb, depending on your personal circumstances.

“However, if you are working full time overseas, generally you are able to spend up to 90 midnights in the UK – and undertake no more than 30 UK workdays – each UK tax year without becoming UK resident,” he added.

Under standard guidelines, those who exceed the limits can become UK resident for the tax year, with their worldwide income and gains, including their overseas salary, at risk of being taxed in full, said Mr Webb.

"If you find yourself unable to leave the UK and you do become UK resident you could be UK resident for the whole tax year," he said. "For example, a monthly salary of £10,000 (Dh45,457) paid in Dubai to a non- UK resident is tax free. If that same salary was taxed in the UK because you had spent too much time in the UK, the tax to pay would be £40,360."

Under the HMRC's new guidance, if a non-resident affected by the virus is quarantined or advised by a health professional or public health guidance to self-isolate in the UK; is advised by official Government advice not to travel from the UK; is unable to leave the UK as a result of the closure of international borders; or is asked by their employer to return to the UK temporarily “the circumstances are considered as exceptional”.

Dubai resident James Reeve, a chief economist with a Saudi bank, returned to the UK on March 20, with the permission of his employer, because he was concerned for the health of his sister, who is bedridden with multiple sclerosis.

“I did not want to be in Dubai if she was critically ill,” said Mr Reeve, 52, who is currently staying in Oxford, UK, near to his two children aged 12 and 14. “My firm allowed me to work from home and was going to review it every couple of weeks but since then Dubai has closed its airport.

“After talking to my adviser at The Fry Group, it dawned on me I could be liable for UK income tax, not this tax year but the following depending on how long the lockdown lasts.”

Trevor Wilkes, principal at tax consultancy TrewTax, which serves expat clients from the UK, says he has been contacted by 50 clients about their income tax liability during the Covid-19 pandemic.

“Some have been instructed by their employer to leave the country and have returned to the UK, while others felt it was safer to be back home in the UK with family,” he said.

Other Britons are also confused as to what territories constitute the UK, said Mr Webb.

“A client called me yesterday to ask if nights spent in Jersey counted as being in the UK; I was able to reassure them that for tax purposes nights in Jersey are not counted,” he said.

Some expatriates caught in the UK could qualify for "split year treatment", said Mr Webb, which could limit the amount of time they are considered a UK resident. Many countries, such as the UAE, also have double taxation treaties with the UK.

"The UAE and the UK have such a treaty which came into force in January 2016. Depending on your personal circumstances it may be possible to seek relief from UK taxes under the terms of such a treaty even if you have become UK resident,” Mr Webb added.

Mr Reeve said he will face a hefty bill if he ends up paying tax on his UAE income.