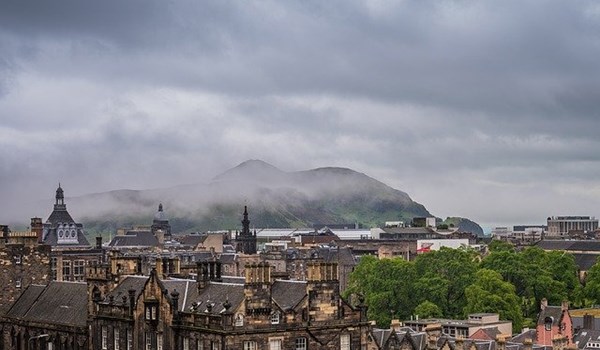 A series of investigations by The Ferret have sparked calls for the Scottish Government to publish data on Scottish property ownership for free.

Campaign groups and politicians have renewed calls for Registers of Scotland (RoS) to make data about offshore-ownership of property available to anyone at no cost.

Currently, the government agency charges for access to the information and it is supplied with a restrictive license that prevents organisations from further publishing the data.

The Ferret recently paid £300 to RoS for data which we have since used in several investigations.

Today, we are publishing the data in a limited searchable form. But RoS license restrictions means we can only make it available to our paying members.

RoS has earned less than £600 per year over the three years to 31 March 2020 from selling the data. Only three organisations purchased it over this period.

In England, the equivalent data is already available for free.

Those calling on the information to be published at no cost include Scottish Liberal Democrat justice spokesperson Liam McArthur MSP who said: “Far too much of Scotland’s land is hidden behind arcane trusts and offshore ownership.

“There’s no excuse for Scotland making it harder to find out who owns land and property than it is in other parts of the UK. The progress of reform has been glacial, It’s time the Scottish Government got this done.”

Alex Cobham of the Tax Justice Network said: “The Ferret is to be congratulated for democratising this basic information about who owns Scotland – but it is a damning condemnation of the Registers of Scotland that this has been necessary.

“As The Ferret rolls out it this series of investigations, a growing number of concerning cases has been revealed – and in none of these does it seem likely that the wider public have benefited from the offshore ownership seen.”

A spokesperson for Registers of Scotland said that the analysis and presentation of data it collects requires a “huge amount of skill and expertise, as well as “significant investment” in terms of staff and digital resources.

“We ask users of some reports to pay a fee to access the data rather than ask all citizens to pick up the cost incurred in producing this data,” they said. “Where RoS does issue such reports, these are done on the basis of agreed terms and conditions which set out what can and cannot be done with the data.”

RoS also said that, as a public body, its income is generated from charging fees for both statutory and non-statutory activity. Statutory activity is primarily registering deeds and writs, but also includes copies and extracts of registrations.

Non-statutory fees are charged for information on data held in the registers and reports in advance of registration.

The spokesperson said that statutory fees are set under the Land Registration etc. (Scotland) Act 2012.

RoS added that it publishes a “significant amount of data” to citizens free of charge. “For example, the ongoing development of ScotLIS, Scotland’s Land and Information Service, has substantially changed our ability to provide information to both citizens and property professionals,” RoS said.

“Built and designed around the needs of users it provides a significant amount of information without a customer incurring any fee. In addition, RoS data is used to produce the monthly UK HPI (House Price Index), a National Statistic which provides the most accurate and in-depth picture of residential property transactions and prices. This data is also available free of charge.”

RoS continued: “The Scottish Public Finance Manual sets out that the standard approach for setting charges and fees is full cost recovery (including services provided by one public sector organisation to another).

“RoS reviews its fees on a regular and ongoing basis. A decision to initiate a full fee review and public consultation of RoS’ non-statutory fees is for Scottish Ministers to take and was highlighted in our 2020-2025 Corporate plan.

“RoS is committed to being increasingly open and transparent with data and we are spearheading efforts to provide insight around the ownership of land and property in Scotland.”