NETHERLANDS: Along with Canada and Ukraine Hesitant About Blockchain. 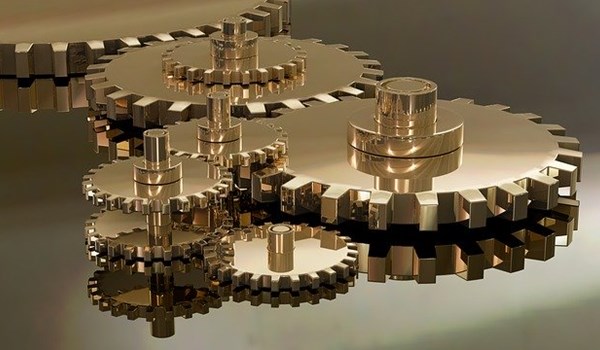 As published on coindesk.com, Monday 24 February 2020.

KYIV, Ukraine — Central bank digital currencies (CBDCs) have been a hot topic in blockchain circles recently, but central banks are lukewarm about blockchains.

Representatives of a number of the world’s central banks discussed their CBDC projects last week in Kyiv, Ukraine. The one-day conference was arranged by the National Bank of Ukraine, or NBU, which itself is a CBDC pioneer, having run its own digital currency pilot in 2018.

The central bank wanted to test its ideas and conclusions with the banking community and stimulate the discussion, the head of its innovative development department, Roman Hartinger, told CoinDesk. The speakers included representatives of NBU’s peers from Canada, Japan, Lithuania, Finland, Netherlands, Belarus, Uruguay and South Africa.

The discussion comes at a time when the world’s two largest economies are each seriously exploring the possibility of issuing a CBDC, although China appears to be much further down the road than the U.S.

According to a report issued in September, NBU started exploring the idea of a digital currency, named e-hryvnia after Ukraine’s national currency, as early as 2016. In 2018, the central bank tested a digital token running on a fork, or modified copy, of the Stellar blockchain.

The pilot was run with the tech startup AtticLab, fintech companies Uapay and OMP 2013 and with “Big Four” professional-services firm Deloitte as an auditor, the report says. From September to December 2018, the NBU tested the software with a limited set of participants.

The tests showed that “there are no fundamental advantages in using specifically the DLT [distributed ledger technology] to build a centralized e-hryvnia issuance system” in which NBU is the only issuer, the report says. However, the central bank does not rule out an alternative “decentralized” model, in which multiple trusted payment processors would issue e-hryvnia.

The experiment is on hold, awaiting more input from the banking community and legislation regulating digital assets in Ukraine. While there are some drafts and concepts circulated by the country’s authorities, formal laws are yet to be passed.

The skepticism about distributed ledgers was shared by Hartinger’s colleagues from the Netherlands and Canada at the Kyiv conference.

“The essence of the DLT infrastructure is that no single party should be trusted enough, but don’t we just trust a central bank to maintain the integrity of the global ledger?” said Harro Boven, policy adviser in the payments policy department of the Dutch central bank.

“There doesn’t seem to be a lot of benefits if you look at a DLT system and the current efficient centralized system for the sole purpose of interbank payments,” Hendry said, adding that in the back office he leads, “they wouldn’t change anything” in the technology stack currently in use.

No speaker ruled out using DLT for a CBDC in principle, but none showed much enthusiasm about the tech.

Then why even bother to create central bank digital currencies – the concept that initially was pitched as a trusted, government-blessed kind of cryptocurrency? The reason is Facebook’s Libra, says Jamiel Sheikh, the CEO of consulting firm Chainhaus.

While the project met strong pushback from the governments across the globe, the thought of a big private company issuing its own digital currency sent waves all around financial circles.

“The era of private money is here, and it’s something they have to pay attention to. It’s a response to a threat that can stimulate innovation,” Sheikh told CoinDesk.

Hartinger also pointed at the atypical competitive situation central banks found themselves in:

“Central banks see Big Tech issuing stablecoins, like Libra, they see this niche of digital money and now it’s the matter of who will have a money issuance prerogative, governments or the private tech companies?” Hartinger told CoinDesk.

Virus Could Potentially Cause…