REGULATION: Digital Tax Agreement in the Works, according to OECD Director. 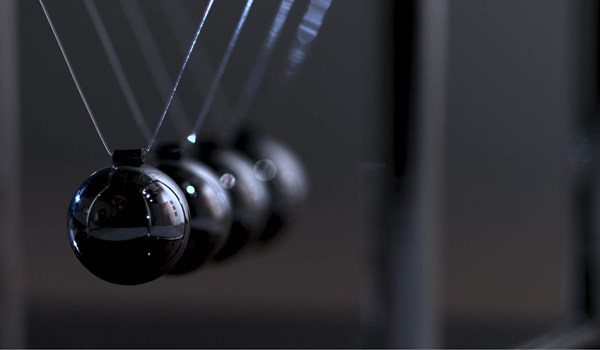 As published on accountacyage.com, Tuesday February 18, 2020.

The Organisation for Economic Co-operation and Development (OECD) is hopeful that member states will come to a consensus on a cross border tax system reflective of the “digitisation of the economy”, according to Pascal Saint-Amans, the organisation’s director of the centre for tax policy and administration.

“There is broad recognition that reaching a multilateral solution is the best way to address the tax challenges arising from the digitalisation of the economy. Pushed by public pressure, some countries have acted unilaterally, but most of them have stated they will remove these measures as soon as a multilateral solution at the OECD is reached,” he said, via email.

Despite tensions, participants of the Inclusive Framework (IF) on base erosion and profit sharing (BEPS) united during a meeting in January to find compromise on the Digital Services Tax (DST).

“It is in this cooperative spirit that the 135+ members of the OECD/G20 IF on BEPS made progress last month and moved forward in the negotiations to find a multilateral solution to these tax challenges. The counterfactual may have grave consequences with uncoordinated proliferation of unilateral measures,” said Saint-Amans.

The OECD has warned that a lack of agreement between members could be detrimental to world economies.

“Disputes over unilateral measures, such as the US-France dispute, have the potential to negatively affect all the economies involved. A lot of work remains, both technical but also on bridging the gaps between the different views of the members,” added Saint Amans.

On January 31, the OECD released a statement by the IF on BEPS which outlined a two-pillar approach to expanding national taxation rights

The unified approach of pillar one discusses the “safe harbour” basis suggested by US Treasury Secretary Steven Mnuchin in December 2019. It intends to “re-stabilise the international tax system, assisted by enhanced dispute prevention and resolution procedures” whilst incorporating three types of taxable profit allocated to a market jurisdiction. The second pillar guarantees a minimum level of tax on international businesses.

A new OECD Secretary-General Tax Report will be issued during the next meeting of the G20, occurring on 22-23 February in Riyadh, Saudi Arabia – according to the press release.

Given the positivity of the January meeting – in which 350 delegates from more than 120 countries attending – Saint-Amans is looking to the summer for more resolutions. “All the members were committed to bridging their differences in the negotiations and reaffirmed their commitment to reach an agreement on a consensus-based solution by the end of 2020,” he said.

“An important next step will be the IF’s meeting in early July, at which it is intended to reach agreement on the key policy features of the solution which would form the basis for a political agreement.”

In an interview with the Financial Times, country manager for Amazon UK Doug Curr explained how the digital services tax could result in penalising small businesses, if implemented.

“If you are not careful in the design, these taxes can actually directly hit all of the small businesses that use our services. The majority of sales on our marketplace are independent businesses. If that tax is passed on to them, that is quite a significant hit.”

Despite raising its seller fees due to France’s three percent levy on the company last July, Amazon has publicly backed the idea of an international tax regime.

“We continue to actively support and contribute to the OECD’s work to achieve a consensus-based solution with respect to taxation of the evolving international economy,” a company spokesperson said.

“Reaching broad international agreement on changes to fundamental international tax principles is critical to limit the risk of double taxation and distortive unilateral measures and to provide an environment that fosters growth in global trade, which is vital for the millions of customers and sellers that Amazon supports around the globe.”

France enacted the first tax on digital services, also known as “Taxe GAFA,” in July 2019 but has since suspended it. In the UK, a two percent tax on the revenues of search engines, social media platforms, and online marketplaces was introduced in the 2018 budget and will come into effect this April. Both governments support a global consensus.

“Governments need to think about how they want those rewards cascaded around. Business models have outgrown the international tax legislation. We now have Google’s and Amazon’s of this world and tax systems never envisaged it.”

In an interview with France 24, French Finance Minister Bruno Le Maire encouraged international leaders to seek compromise. “It is far better for all of us to have an international negotiation at the OECD with the view of finding a compromise and agreement at the end of 2020 instead of entering in a trade war between the US and Europe.”