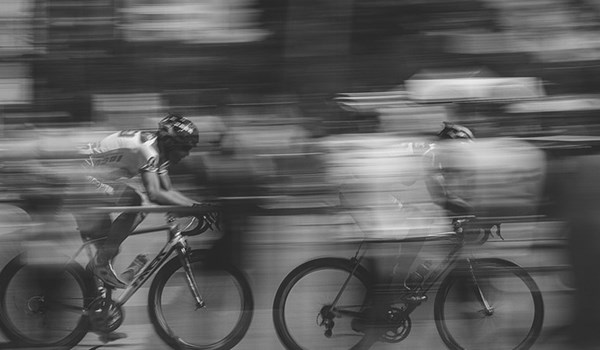 As published on assetfinanceinternational.com, Friday January 10, 2020.

The numbers tell their own story.

Data from CB Insights, the global technology intelligence company, shows that global investment in fintech - led by a nine fold surge (to US$25.5billion) in funding deals in China (including $14 billion raised by online payments platform Ant Financial Group) - more than doubled in 2018 to $55.3 billion.

In Asia, a 58.9% surge was largely bolstered by a rise in China, where new business grew $59 billion. Europe and North America meanwhile posted growth of 32.7% and 9.3% respectively.

Start-up service providers are driving this growth, with search engines and social networks expanding their services as they try to disrupt the market historically left to banks.

Consumers are demanding more innovative solutions and the fintechs - being more nimble than their banking counterparts - are attracting investment while banks rethink their service distribution channels.

Change is very rapid in the digital financial services space. Major non-bank players, such as ride hailing operators Grab, Uber and others, are looking to exploit new revenue streams by expanding and tweaking their business models.

These operators increasingly recognise the potential of disruptive fintechs, either by launching their own platforms, tying-up with third party providers, or doing both.

Grab teamed up with Tokyo Century Corporation back in 2016 to collaborate on new leasing and rental car options for GrabCar drivers in the six Asian countries where Grab operates (Singapore, Malaysia, the Philippines, Indonesia, Thailand, and Vietnam). It also rolled out its GrabPay initiative, allowing for in-store purchases, food delivery, and fund transfers.

To drive further rapid growth in the Southeast Asian ride-hailing market, Grab (and others elsewhere) has been ramping up its financial services offering, including an auto finance operation.

The launch of its fintech platform in 2018 confirmed this and may eventually prove to be a game changer.

Under its ‘Grow with Grab’ strategy, the company is embarking on a full-scale push into lending and insurance, putting the company in a strong position in financial services as it looks to offer more possibilities to micro-entrepreneurs and small businesses. It already provides loans to small-medium enterprises (SMEs), as well as micro-insurance for drivers in Singapore.

However, the loans and payments space is becoming more competitive - led most notably by Ant Financial, an affiliate of China’s Alibaba Group, along with other entrants such as Indonesia’s ride-hailing giant Go-Jek.

While Ant has grown to become one of China’s leading financial services providers, including mobile payments (its mobile and online payments platform AliPay has 1 billion users) it has also been on an expansion drive by acquiring stakes or forming joint ventures with Mynt (Philippines), helloPay (Singapore), NAPAS (Vietnam), Touch ‘n Go Sdn Bhd (Malaysia), Ascend Group (Thailand), and paytm (India).

Go-Jek is also looking to disrupt the financial services (including leasing) space in Asia. Regional expansion has continued with the company’s super app launched in Singapore, Thailand and Vietnam over the past year.

While Go-Jek, for now, is focusing on rolling out ride-hailing, small parcel and food delivery services across Southeast Asia, future growth opportunities are likely to lie in e-payments and service delivery.

Meanwhile, in North America, Uber, through its partnership with vehicle subscription provider Fair, plans attract more rideshare drivers by making driving with Uber more accessible for people who don't have a car.

Under its scheme, eligible Uber drivers in selected markets across the US will be able to drive for free for the first week and have access to a pre-owned ride-hailing-ready car through Fair.

Drivers will be provided with credits in their account that can be applied to cover their first weekly car payment. The ‘all-in fee’, paid weekly, bundles everything they need to drive, including unlimited mileage, insurance, warranty, roadside assistance, and routine maintenance that is fully reimbursed (excluding taxes).

However, Uber’s $10 million ‘buy-in’ to become a member of the Libra Association is an altogether more intriguing development.

The independent non-profit organisation is tasked with overseeing major decisions concerning Facebook’s crytptocurrency, Libra, which is due to be rolled out globally in 2020.

The blockchain powered currency, usable inside a wallet called Calibra, will be permissioned so that only entities authorised by the governing association can participate.

Facebook eventually wants to make Calibra available for transactions across its family of apps, such as digital checkouts for purchases on Instagram, although its has had a troubled start after the departure of high-profile players in the finance market, including Mastercard, Visa, PayPal, eBay and Stripe.

Executives envision users purchasing Libra through the app either by linking a bank account or, for people without banks, at physical locations like cash transfer businesses and convenience stores. It will be available as a standalone app on smartphones, as well as a button within Facebook’s Messenger and WhatsApp product.

However, the Libra Association is symptomatic of something more profound going on, namely the cross pollination of ideas.

Old ways of doing things no longer suffice as business models evolve due to collaborations; companies that can remain nimble via collaboration are the ones that are going to succeed going forward.

The sooner the traditional banks realise this, the sooner they can reclaim some of the ground they’ve been losing in recent years.