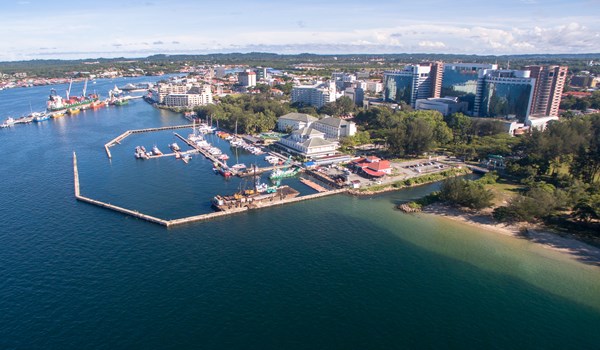 LABUAN, Jan 17 — After more than three decades since its establishment, the Labuan International Business and Financial Centre (Labuan IBFC) has continued to grow to become a diverse business area.

“There are more in the pipeline, in fact, we are also digitally enhancing the Labuan International School, which is owned by Labuan FSA, by partnering with an e-wallet service provider to enable digital transactions in the school,” said Danial.

He said as the special economic zone continue to grow, the workforce was expected to double this year from about 5,000 last year, aided by the booming oil and gas sector offshore of Sabah.

Demand for office space had also increased, to the extent that the Financial Park Complex’s business occupancy was said to have reached its maximum capacity, he said.

Currently, Labuan IBFC is home to more than 6,000 active entities.

On another note, Danial said as part of Labuan FSA’s push for higher business substance in Labuan, it has liberalised other requirements such as allowing Labuan entities to set up marketing offices in more places in Malaysia, including Penang.

“Now, some Labuan banks are setting up offices in Penang to expand their northern Malaysian market, and this is one of the ways Labuan can contribute to the economy and generate business opportunities to other cities, like Penang,” he said.

He said the various financial services offered out of Labuan can be capitalised on to facilitate businesses, finance infrastructural developments and attract investments into Penang.

“Business aside, we believe there are certainly lots of more positive synergies to be uncovered between Penang and Labuan.

“We will continue to work on this strategic collaboration and bring about more mutual benefits for both islands,” he added. — Bernama