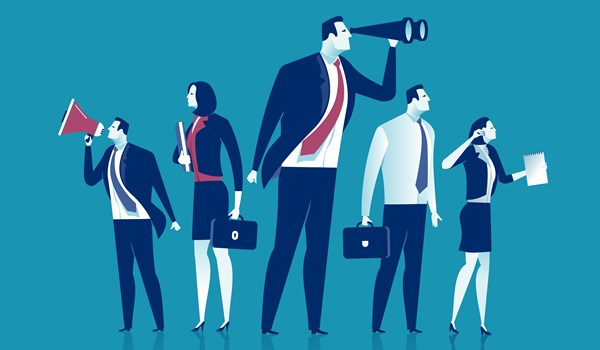 As published on the guardian.com, Wednesday January 15, 2020.

In recent decades, environmentalists have grown used to disappointment when big companies and Wall Street pay lip service to concern over the climate crisis. On Tuesday, it looked like something might have changed.

The decision by the private equity giant BlackRock – the world’s biggest fund manager – to exit investments that “present a high sustainability-related risk” has been welcomed by environmentalists as a significant moment in the battle to reshape the relationship between money and the climate crisis.

The move is “a remarkable breakthrough”, the leading climate science writer Bill McKibben told the Guardian. “The activists who made this happen get the afternoon off to celebrate.

“This is the biggest pot of money in the world and until today, its leaders have refused to acknowledge the biggest thing happening on the planet – the accelerating rise in temperature. So it indicates that the facts on the ground of the climate crisis are so grave that no one can turn away, and that activist pressure has reached a point that even the richest companies are not immune.”

In two letters on Monday, the BlackRock boss, Larry Fink, announced: “The evidence on climate risk is compelling investors to reassess core assumptions about modern finance” and henceforth the company would divest $500m from coal-related businesses.

The announcement called on “every company, not just energy firms, to rethink their carbon footprints”.

BlackRock, which holds $7tn in assets, has come under intense pressure to reform the funds it offers investors.

“Awareness is rapidly changing, and I believe we are on the edge of a fundamental reshaping of finance,” Fink wrote, adding that new funds would allow clients to avoid investments in companies that may be adding to climate change.

The firm said it doubled to 150 the number of exchange-traded funds it offers that address social, environmental or governance issues.

In November, climate activists protested outside BlackRock’s London offices, dumping ashes to signify the Amazon fires while Extinction Rebellion, the global environmental movement, described BlackRock as the world’s top investor in deforestation and coal. Fink himself has received letters from members of Congress urging action, while BlackRock was named as an investor with one of the worst voting records on climate issues by Ceres, a not-for-profit watchdog that pushes financial firms to consider sustainability.

The pressure for change has come from within the world of finance as well as outside. Last month, Mark Carney, the outgoing head of the Bank of England, warned that pension funds risk seeing their assets become worthless unless companies rapidly rise to the challenge of the climate crisis.

But while some celebrated, others warned that sustainable investing will not be quick or simple for BlackRock. It currently holds a 6.7% stake in ExxonMobil, 6.9% in Chevron, and 6% in the mining company Glencore. Two-thirds of its $7tn in assets are in tracking funds that cannot easily be switched to meet sustainability goals.

McKibben, who last year published a devastating report in the New Yorker titled Money Is the Oxygen on Which the Fire of Global Warming Burns and who is part of a campaign to force companies including Goldman Sachs, Chase Bank and BlackRock to reform their investments, said environmentalists would now need to keep the pressure up.

“The steps BlackRock is taking are baby steps, and we will have to watch and push hard for them to begin striding at the pace we need to go. But in some sense, the first step is often the hardest,” McKibben said.

He urged the company to go further. Its decision to divest $500m from coal-related businesses, for instance, is not the same as divesting from larger and far more polluting oil and gas industries.

“Coal is part of the problem, but not the biggest part of the problem – oil and gas are,” McKibben said. “Fink made noises that natural gas is part of the solution but it’s not. That’s old thinking, and we’ll push them hard on that, but at least we’ve reached the point that they’ve realized they have a role in dealing with the climate crisis.”

But perhaps the largest change is BlackRock’s apparent willingness to use its considerable shareholder power to demand climate action – a power it has in the past demurred from using in favor of direct company consultations.

A report last year by the Washington DC-based Majority Action and the Climate Majority Project claimed that BlackRock had voted overwhelmingly against key climate resolutions at energy companies, including ExxonMobil.

Had BlackRock and Vanguard not torpedoed these investor efforts, at least 16 climate-critical shareholder resolutions at S&P 500 companies would have received majority support in 2019, representing a significant corporate shift on climate, the report claimed.

“We have the largest investment stewardship team in the industry and engage with companies even in the absence of shareholder proposals,” BlackRock said in a statement to the Guardian at the time. But, it warned, “it would be wrong to equate good governance with voting against management without regard for a proposal’s impact”.

In Tuesday’s statement, that position appeared to be shifting from last year when it said that “recent extreme weather events” and “the implications for investment portfolios – stemming from a rising frequency and intensity of such events – have been notoriously hard for investors to grasp”.

No longer. Now BlackRock’s CEO writes that company directors should be held accountable “where we feel companies and boards are not producing effective sustainability disclosures or implementing frameworks for managing these issues”. He added that “the company voted against or withheld votes from 4,800 directors at 2,700 different companies” last year.

There are still worries for environmentalists. Majority Action’s Eli Kasargod-Staub warned that subtlety in BlackRock’s language calling for companies to improve disclosure on “integrating and reporting on sustainability” is not the same as calling for immediate action.

“BlackRock has the power to be going to corporate directors and saying: ‘Either you commit to the science-based targets of the Paris climate agreement and align your operations, governance, political spending, lobby and trade association activities to achieve that target or we will vote against you and your directors,’” Kasargod-Staub said.

“But that’s not what BlackRock said – they said they’re calling on companies to enhance their disclosures around climate risks and their plans around those risks,” he added.

Kasargod-Staub pointed to this quote from BlackRock, directed at companies it invests in: “This should include your plan for operating under a scenario where the Paris Agreement’s goal of limiting global warming to less than two degrees is fully realized, as expressed by the TCFD [Task Force on Climate-related Financial Disclosures] guidelines.”

“Think about how passive that sentence is, then think about the behavior of ExxonMobil or Marathon petroleum, who through their capital expenditures and policy influence have actively undermined our ability to protect long-term investors and meet the goals of the Paris agreement,” said Kasargod-Staub.

Whether Blackrock is now going to side with activist resolutions on sustainability remains to be seen during shareholder season, McKibben said, but he warned against expecting a shift by fossil-fuel energy producers to become carbon-neutral.

“I don’t think the big oil companies are capable of changing, though I’d like to be proved wrong,” he said. “The job is basically to starve them and reduce their ability to continue expanding.”

Still, McKibben said: “For all of us that have been campaigning for years around climate finances, this is an historic moment. From today, it’s going to be harder to go sink of load of money in Exxon, because the biggest financial firm in the world has said, ‘Huh, there’s something to this climate stuff. Better pay attention.’”