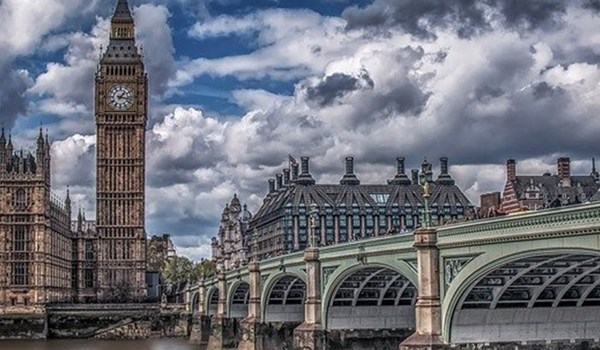 Following months of brewing trade tensions between France and the US, centred around President Emmanuel Macron’s plans to regulate big tech, headlines from last week showed a victory for an integrated approach, as France agreed to delay its digital tax.

The country will postpone applying a three per cent levy on the likes of Google and Facebook until the end of 2020, allowing time for an international solution to be worked out at the OECD.

As we saw, a combination of fierce negotiations and retaliatory tariffs from the US seem to have ultimately dissuaded French economists, regulators, and politicians from pursuing unilateral action — not only because of the economic repercussions, but also because of the complexities that come from trying to tax tech fairly.

But while France contributed to a global solution in Davos, the UK did not join the party — instead choosing to reaffirm plans to implement its own digital tax in April.

Despite assertions that any such measure would be temporary, chancellor Sajid Javid should be wary of a unilateral approach.

Of course, tech companies must pay their “fair share” of tax, but countries that are determined to regulate on their own terms will fail to feed the growth of a thriving sector — something particularly relevant to the UK. Instead, it will thwart investors, entrepreneurs, and professionals from scaling their businesses, likely resulting in backlash from the industry.

And while EU competition commissioner Margrethe Vestager’s support for a UK digital tax is encouraging, it has been mistaken as advocating for unilateral action. There are actually several caveats to her message, namely that national taxation on tech firms should be a step towards a coordinated international solution — not as a replacement for it.

In fact, with the EU set to pick up efforts towards a multilateral agreement should the OECD fail, the pressure on the UK to join forces with others is unlikely to dissipate any time soon.

And given the UK’s imminent departure from the EU, a unilateral approach could put a potential trade deal with the US in jeopardy.

It is vital, then, that the UK remains open to its allies in the continent and beyond, and learns from the French that taxing big tech is better done in cooperation with others.

This would represent something of a policy U-turn, but the delay announced by the French in the hope of an OECD-sponsored agreement surely provides the UK with the precedent to backtrack.

After all, a hawkish, unilateral action will limit the UK’s global potential. It will cause friction with allies and potentially have further ramifications for investors and tech companies that are already sceptical about a post-Brexit UK.

It is therefore of utmost importance that the new government remains a leading voice for regulating tech, but it should not do so at the expense of international collaboration. On the home front, aside from tax itself, this also means working with the private sector to understand how to protect small businesses and startups from the impact of tech giants.

Talks at Davos showed that there is an appetite for global collaboration on a digital tax, even from the US — with the UK acknowledging that this is the desired destination. Although pursuing a unilateral approach may show leadership, any pre-emptive measures from the UK would inevitably delay progress at an international level.

Instead, the UK must learn from the French experience, show faith in the OECD, and work towards a multilateral solution to what is an inherently global issue.

CANADA: The Impact of a Digita…