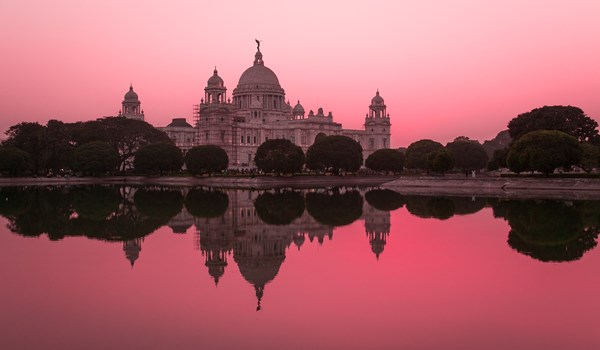 MUMBAI: As investors widen hunt for new jurisdictions to trade amid rising geopolitical tensions, the Indian government is stepping up efforts to make India's Gujarat International Finance Tech (Gift) City a credible alternative. The finance ministry, regulators and other stakeholders are working on a five-point agenda to scale up the International Financial Services Centre (IFSC) and bring it on a par with popular jurisdictions such as Hong Kong, Singapore and Dubai, said three people, including a government official, with direct knowledge of the matter.

“IFSC is a focus you will soon see a lot of action happening there in next 6 months. Products such as gold bullion is our current focus. A method is being worked out with revenue secretary to ensure that trading at IFSC can happen from anywhere but also ensure that we do not become a tax haven," said Tarun Bajaj, secretary, Department of Economic Affairs (DEA), at an industry event on Thursday.

“These action points were derived out of a meeting with the Prime Minister’s Office (PMO) three weeks back. Stakeholders had made a representation that these were some of the key areas preventing broader participation at Gift City," said one of the persons quoted above.

The first international exchange was set up at Gift City by BSE Ltd in January 2017. A couple of months later it was followed by NSE setting up NSE IFSC. In the three-and-a-half years of existence, volumes have indeed inched up and average daily traded value is in excess of $3000 million. However, over 60% of the trades are still proprietary or prop trades. Only two foreign brokerages have so far set up shop at Gift -- Phillip Capital and Dubai-based Evermore Global.

“Given the geo strategic realignments happening, it is imperative that we develop Gift City as the preferred offshore zone for Indian capital markets. Incidentally, it can act as a financial gateway for both outbound and inbound investments to and from India. Already, we have listed over $48 billion of debt and we are looking forward to list Global Depository Receipts (GDR) and other investment products once the necessary approvals from the regulators are in place. This is similar to how Hong Kong serves China with most mainland Chinese companies listed there," said V Balasubramaniam, MD & CEO, India INX.

While regulations by Securities and Exchange Board of India (Sebi) allow exchanges to launch all products, the bourses have so far been permitted to trade only in equity derivatives.

“The key stakeholders, regulators are working on allowing listing of GDRs, equity listing of Indian companies, exchange traded funds, mutual funds, real estate investment trusts (REITs), gold bullion and so forth. This would ensure that GIFT becomes one stop destination for all investors," said the first of the two people quoted above.

Sebi norms require a broker or a member trading from IFSC to incorporate an entity at Gift, logic being that this will ring fence domestic exchange trading from IFSC. Reserve Bank of India (RBI) and insurance regulator have allowed their regulated entities to open branch offices there.

“Most foreign investors already have their own FPI (foreign portfolio investor) entities incorporated outside of India, where its operations, management and infrastructure are already established, and so from an administrative perspective we do not see the incorporation of an FPI in IFSC as an attractive option," said Nlioufer Lam, partner, ZBA law firm. "

Sebi registered FPIs, intending to operate in IFSC can do so without additional requirements. Several FPIs have their own investment criteria (with their investors) which set out the listing jurisdiction of instruments which can be invested in, and this also limits FPIs from investing in instruments listed in Gift City, Lam added.

Currently, norms under the so-called LRS allow a resident to invest up to $250,000 a year only in stocks and properties abroad. They prohibit Indian residents from investing in derivatives, like futures and options, and making payments towards margins or margin calls to overseas exchanges.

“There is a strong pitch by industry for the remittance scheme to be extended to derivatives in order to boost liquidity. So far, the government has been reluctant due to fear of money laundering and also denial of a level-playing field to domestic exchanges," said the second person.

Banks are not allowed to open savings accounts In IFSC, which, according to stakeholders, restricts participation of retail NRIs. IFSC Banking Units (IBUs) can open foreign currency current accounts of entities operating in IFSC and of non-resident institutional investors.

“Banks in Gift city are not allowed to raise liabilities from individuals, which is preventing banks from considering it a viable proposition. IBUs also have to maintain LCR (liquidity coverage ratio) as applicable to Indian banks on a standalone basis which is not required for bank subsidiaries set up in other jurisdictions. This is an additional cost," said a senior banker on condition of anonymity.