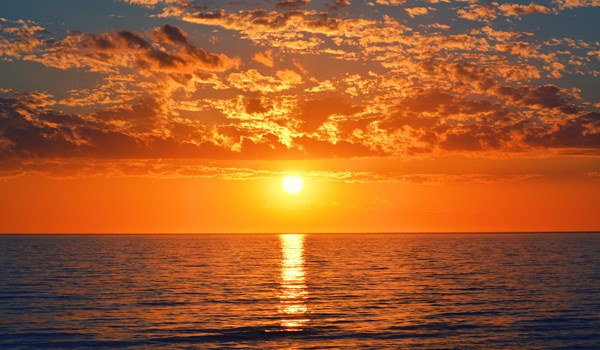 Seeking to attract immigrants with high purchasing-power, Uruguay has relaxed its fiscal residence requirements – triggering a rush of consultations from Argentines.

Those interested in moving across the Rio de la Plata say they’re not only in tax benefits. Political stability, legal security and even a different approach to controlling the coronavirus pandemic seems an attractive proposition.

In January, two months before taking office, President Luis Lacalle Pou announced his intention to ease the conditions whereby foreigners with substantial assets may settle in Uruguay and set up companies. That idea has just recently materialised in the form of a decree adding two new clauses to the rules for obtaining fiscal residence which ease the tax burden and the necessary paperwork for legal residence or immigration.

As a consequence, the consultations from neighbouring Argentina have grown exponentially, law offices specialising in tax expertise confirmed to AFP.

"They were already increasing at the start of the year," points out Mario Ferrari Rey, Legal Services partner for PWC consultants.

And now they will go up again "a whole lot more," adds Federico Fischer, managing partner of the legal and tax firm Andersen Uruguay.

"Uruguay is a country of open doors with an immigration policy granting a framework of public, legal and economic security for all foreigners who desire to settle," runs the decree of Lacalle Pou.

The text adds two new possibilities for obtaining fiscal residence. The first is the purchase of property worth at least US$380,000 instead of the previous requirement of US$1.7 million, provided that the person spends at least two months (60 days) a year in Uruguay. The second is company shares of at least US$1.6 million as against the previous threshold of US$5.3 million, as long as the firm creates direct employment of at least 15 jobs. Both clauses came into force last Wednesday.

The government also sent to Parliament a bill to extend the "tax holiday" period for overseas earnings from five to 10 years. That comes on top of Uruguay not taxing some assets.

In Argentina "anybody with US$10 million abroad has to pay US$225,000 annually but if they move to Uruguay, they will not pay a peso on those assets," spells out lawyer César Litvin, a professor who chairs the taxation department at the University of Buenos Aires (UBA).

Experts say that this mechanism is useful for those who are really thinking of settling in Uruguay but otherwise they run the risk of falling into "double taxation" in both countries.

"Those who want to qualify for these benefits ... should advise themselves well because the solutions are case by case," says Ferrari, adding as an example: "The mere purchase of an apartment of a certain value in Uruguay does not solve all the problems."

In Argentina, warnings are being issued that requests to waive fiscal residence there will be inspected by the tax authorities to ensure that these requests are not an irregular attempt at tax evasion.

"It’s very easy in Uruguay to clear immigration and fiscal residence but not so easy in Argentina to cease being a tax-payer," says Litvin, explaining that this request automatically triggers an investigation by AFIP tax bureau.

After hearing of Lacalle Pou’s proposal to attract foreigners with tax incentives, President Alberto Fernández said in January that the governments of the leftist Frente Amplio (2005-2020) "had worked so hard for Uruguay to stop being a tax haven and to stop seeking favours with money obtained spuriously elsewhere," recommending that his incoming Uruguayan colleague "think twice."

Punta del Este Mayor Andrés Jafif told AFP that he is receiving "a whole bunch of consultations" about settling in the resort, which is the destination of de luxe real estate investments, but qualifies this by adding: "One thing is to say something and the other to do it."

Nevertheless, he assures that he knows of "many" cases of Argentines who were spending their summer holidays in Punta del Este when the pandemic burst out in March and decided to stay rather than return to their country.

Most, says Jafif, choose Uruguay "for a better quality of life."

"I think it would be pretty unfair to say that this is only for tax reasons," agrees Ferrari, adding: "There are questions relating to legal security, safety in general, comfort and the possibility to work remote while avoiding crowds,” he lists.

For Fischer, even the successful control of the coronavirus epidemic weighs in the decision.

"It’s often mentioned because it shows the good policies and leadership in the face of this pandemic, as well as the civic awareness of Uruguayans,” he estimates.