US: FBI concerned over laundering risks in private equity, hedge funds, according to leaked document. 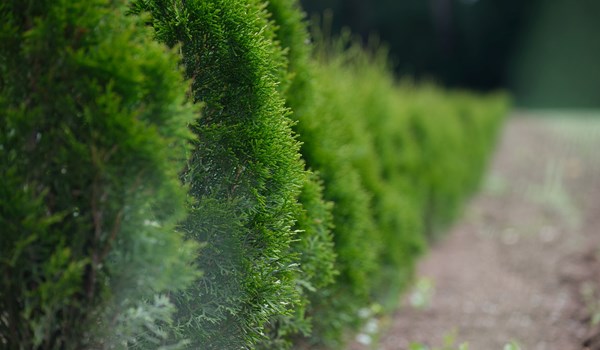 The U.S. Federal Bureau of Investigation believes firms in the nearly $10-trillion private investment funds industry are being used as vehicles for laundering money at scale, according to a leaked intelligence bulletin prepared by the agency in May.

“Threat actors” — including criminals in it for the money and foreign adversaries — “use the private placement of funds, including investments offered by hedge funds and private equity firms” to reintegrate dirty money into the legitimate global financial system, according to the bulletin.

It also said the industry lacks adequate anti-money laundering programs and called for greater scrutiny by regulators, which have yet to issue rules for the industry.

“The FBI assumes AML programs are not adequately designed to monitor and detect threat actors’ use of private investment funds to launder money. Additionally, the FBI assumes threat actors exploit this vulnerability to integrate illicit proceeds into the licit global financial system,” it said.

A trade-group representative called the report misguided in its broad characterization of risk in the private-investment industry.

The FBI bulletin[bit.ly/2DDQ8cJ] cites four cases of planned or reported laundering operations, involving hundreds of millions of dollars, using private funds. One of those cases led to a criminal conviction.

“Criminally complicit investment fund managers likely will expand their money laundering operations as private placement opportunities increase, resulting in continued infiltration of the licit global financial system. If greater regulatory scrutiny compelled private investment funds to identify and disclose to financial institutions the underlying beneficial owners of investments, this would reduce the appeal of these investment firms to threat actors, at which time the FBI will re-visit this assessment,” the FBI bulletin said.

The FBI’s assessment is made with “high-confidence”, the bulletin read. The bureau declined to comment. “As you know, the FBI neither confirms nor denies the existence of an investigation,” said Tina Jagerson, a bureau spokeswoman.

The bulletin was contained among a cache of law enforcement documents, dubbed “BlueLeaks”, which were obtained through a security breach at a web development firm. The documents were initially posted online by Distributed Denial of Secrets, a self-described “transparency collective” of journalists and online computer activists.

A search of the online cache for Regulatory Intelligence revealed the FBI document.

Security news blog Krebs on Security cited an analysis by the National Fusion Center Association that confirmed the validity of the leaked data cache, said to come from state-owned “fusion centers” that gather and disseminate law enforcement information.

While the bulletin says its information is derived primarily from open source reporting from the Department of Justice, it also incorporates information provided to the FBI by multiple human sources.

Specifically, the report uses information from “two human sources with direct access, one whose reporting has been corroborated through consensual monitoring and one whose reporting has not been corroborated; and sensitive financial sources with direct access or firsthand knowledge of the financial industry.”

The Securities and Exchange Commission describes private funds as pooled investment vehicles that are excluded from the definition of 'investment company' under the Investment Company Act of 1940[go-ri.tr.com/E4a3Vf], which governs mutual funds. Private funds generally include hedge funds and private equity funds, according to the SEC.

Unlike hedge funds, PE vehicles are illiquid, with long investor lockups being a signature of the asset class. Both asset classes cater exclusively to institutional clients and accredited investors, or people whose net worth exceed $1 million.

“Over the last several years, hedge funds have fallen out of favor among many institutional investors, while private equity funds and other private markets vehicles have continued to grow in assets under management,” said Bryce Klempner, a partner at consultants McKinsey & Company in Boston.

The bulletin cites four cases in which hedge funds and PE firms “have been used to facilitate transactions in support of fraud, transnational organized crime, and sanctions evasion”. Intelligence in the report was collected between March 2017 and July 2019.

First, the FBI highlights the case of Mark Scott, the disgraced partner of a major U.S. law firm, who was convicted in New York last year of helping the operators of initial coin offering scam OneCoin launder more than $400 million.

The FBI omits mention of Scott by name, but describes how fraud funds were moved and concealed “through a series of purported private equity funds holding accounts at financial institutions, including those in the Cayman Islands” and Ireland. Details of the Scott case match the FBI’s account.

Second, intelligence dated July 2019 details how a representative of an unnamed New York and London-based hedge fund “proposed investing in private placement funds and using a series of shell corporations to purchase and sell prohibited items from sanctioned countries to the United States.”

According to a “human source with direct access”, this proposed hedge fund planned to operate entities in Luxembourg and Guernsey to avoid sanctions compliance oversight.

Thirdly, a human source, whose account has not yet been corroborated, told the FBI that an unidentified Mexican cartel operative operating in Los Angeles and Orange County recruited and paid people to open hedge fund accounts at private banking institutions.

“The cartel laundered approximately $1 million through the accounts each week and then withdrew the money to purchase gold,” the bulletin reads. This report was last updated in January 2019.

And fourth, a “reliable source with excellent access” told the FBI that a “New York-based private equity firm received more than $100 million in wire transfers from an identified Russia-based company allegedly associated with Russian organized crime.” This intelligence was dated August 2017.

Apart from the FBI concerns outlined in the bulletin, the SEC’s Office of Compliance Inspections and Examinations has cited AML programs at investment advisers as one of the top-seven examination priorities for 2020.

“OCIE will continue to review for compliance with applicable anti-money laundering (AML) requirements, including whether entities are appropriately adapting their AML programs to address their regulatory obligations,” the OCIE said in a January release.

Enabling the activity are private fund incorporation and operating structures that disproportionately favor bank secrecy jurisdictions, particularly Delaware state and the Cayman Islands. These locales are the most popular domestic and offshore destinations to set up general partnerships for global hedge funds and PE funds, respectively.

“Hedge funds and private equity firms receive funds from entities registered in nations that maintain laws conducive to masking underlying beneficial owners,” which makes it harder for U.S. financial institutions and regulators to determine the source of funding, the FBI bulletin read.

As of April 2019, some 70% of these private investment advisers were domiciled in the Cayman Islands, according to an article written in Cayman Funds Magazine by a partner at offshore law firm Carey Olson. A total of 20% of dollar funding to global banks comes from the Caymans, according to a Q3 2019 Bank of International Settlements report.

Martin Kenney, a British Virgin Islands-based asset recovery attorney who has represented victims of hedge-fund swindler Allen Stanford and other frauds, said: “It stands to reason that a not-insignificant proportion of the capital managed by private investment funds is dark money.”

“If someone was trying to launder money, the last place he or she would want to put it is in a private equity fund. Private equity funds invest long-term in illiquid assets over a 10-year fund lifespan, and investors do not have general rights of redemption in these funds,” Mulvihill said.

Investment trade organizations Managed Funds Association, which advocates for hedge funds, and the Securities Industry and Financial Markets Association, which lobbies for broker-dealers, investment banks, and asset managers, did not immediately respond to requests for comment for this story.

The last attempt to impose AML requirements on the private investment adviser industry was in 2015. That year, the U.S. Treasury Department's anti-money laundering arm, the Financial Crime Enforcement Network (FinCEN), proposed a rule[go-ri.tr.com/iE0nJH] that prescribed minimum standards for anti-money laundering programs for all registered investment advisers — those with more than $100 million in assets under management.

Thus, the rule would apply not just to private placements, but the entire $84 trillion RIA industry, nearly 13,500 upper-tier wealth managers that are licensed by the SEC to charge a fee for offering high-net-worth clients investment advice, according to regulatory data from October 2019.

This proposal would require RIAs, including private investment advisers, to report suspicious activity to FinCEN under the Bank Secrecy Act(BSA)[go-ri.tr.com/1ljoNX].

But the proposal appears to have died in September 2017. FinCEN spokesman Stephen Hudak said: “The proposal remains on FinCEN’s long-term regulatory agenda. It will be revisited as resources permit.”

U.S. regulators have historically questioned whether subjecting investment advisers to anti-money laundering regulations was necessary. Advisers work through other firms subject to the requirements, such as banks and securities brokers. But FinCEN said in its rule proposal that investment advisers often know more about their clients’ business and transaction activities.

The FBI bulletin highlights the following indicators of suspicious private investment funds: fund incorporation via shell companies in secrecy-friendly jurisdictions; vehicles operating as pass-through entities, and funds engaging in short-term activity consisting of less than a year. Many hedge funds have activity “lockups” of more than a year.

The FBI noted that Form PF, through which investment advisers to private funds and commodity pools report on their businesses to the SEC for monitoring systemic financial risk, is not publicly available and information about them is limited.

Also, Form PF only requires fund advisers to disclose the total amount invested by beneficial owners who are non-U.S. persons. The bureau recommends mandating that private investment funds identify and disclose to financial institutions, such as broker-dealers and custodian banks, the underlying beneficial owners of investments.

Another mandatory document, Form ADV, which is publicly available, provides additional information about the investor makeup of private funds. RIAs must disclose on that form percentages of non-U.S. persons and types of clients or investors in various categories.

Robert Mazur, a former U.S. Customs and Drug Enforcement Administration agent, who infiltrated both the Medellin and Cali cartels as an undercover money launderer disagrees with the FBI’s solution.

“There is absolutely no way on earth that investment funds should, or would, disclose to a bank the identity of every beneficial owner that invests in a fund. To disclose all investors in a fund to an institution would be an outrageous violation of the fund manager’s fiduciary responsibility to its investors,” Mazur said.

“Not only that, can you imagine the many millions of data points that would need to be disclosed by massive funds if all investors’ identities needed to be disclosed? Sorry, but whoever is making this proposal appears to lack insight about the complexity and breadth of the investment world,” he said.