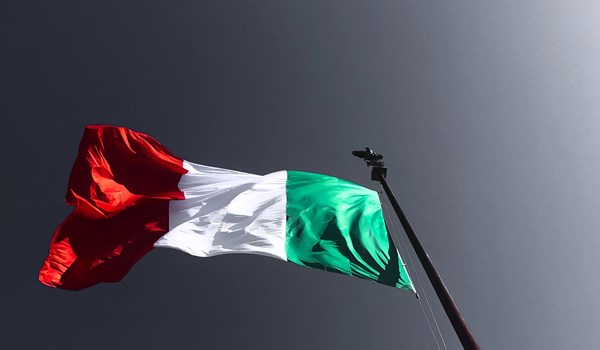 European banks are facing their toughest test since the 2008 financial crash as the coronavirus pandemic raises questions over whether an economic crisis will become a financial one.

RBS’s former chairman Sir Philip Hampton, who was parachuted into the bailed-out bank at the height of the financial crisis, says that although banks will feel plenty of new pressures in the months ahead the industry is "coming into this crisis in good shape" following years of post-crisis reform designed to make sure lenders can stay afloat when disaster strikes.

Yet the banking system is facing a strain that has never been modelled before, he warns. For those who were on the frontline of the 2008 crisis, signs of stress in financial markets are returning.

In America concern is growing over money market funds, seen as a safe place for large corporates to put their cash, as panicked investors pull funds.

The industry was rocked in 2008 when the net asset value of its biggest fund fell below the critical $1-per-share point – called “breaking the buck” – because of Lehman Brothers’ collapse. Greg Gelzinis, a senior policy analyst at the Centre for American Progress, is concerned that these funds have not been adequately strengthened since then.

“US banks are much better capitalised than they were heading into the 2008 crash, but their capital levels still aren’t as high as they should be,” he says. “In recent years, the Fed has refused to activate the countercyclical capital buffer – an extra layer of loss protection that is supposed to be built up during good times.

"If that had been activated previously, or if other capital requirements were higher, I’d feel much better heading into this period of stress. But only time will tell if certain banks spiral towards failure during this crisis.”

For now, the banking system is in a strong position and there is plenty of cash. Bosses from RBS and Lloyds, both bailed out in the last crisis, have already made clear that this scenario is not like the last one, while the Bank of England gave the sector a clean bill of health in December following its annual stress tests, designed to ensure banks can withstand a serious recession and keep lending.

“The coordinated efforts of regulators and government is much more decisive and impactful than last time. Banks are awash with liquidity and hold dramatically more capital than last time. I’m not worried about banks,” says Paul Lynam, the chief executive of Secure Trust Bank and a board member of industry lobby group UK Finance.

Ratings agency Scope Ratings on Tuesday said that whilst the operating environment for European banks will be challenging, bailouts are extremely unlikely and the policy reaction to the crisis has so far been strong as far as the financial system is concerned. Banks will have to be a "key piece of the puzzle as authorities seek to minimise long-term economic loss," the agency said.

However fears are growing for some smaller banks on the continent. Gary Kirk, a founding partner at TwentyFour Asset Management, says there are “pockets of smaller regional banks” that could now be under stress as a lot of second and third tier players were slow to prepare their balance sheets for another crisis.

The biggest area of concern is Italy, the country worst affected by coronavirus in the world.

Concerns about Italy’s long-running banking drama had started to quieten before the coronavirus pandemic. A finance professor in Rome has angered some in the country after last week warning that it was “likely” Italy’s banks will need to be rescued.

A banking crisis in Italy could have major consequences for the rest of Europe. Even before this crisis, bank officials had warned that problems affecting Italian lenders could spread across the Eurozone and eventually be transmitted to the UK economy through French and German banks, which have massive exposure to Italy.

Those in the City are braced for a “domino effect” across Europe if Italian banks need rescuing.

“The risk of banks going bust is very remote in this country and America – but a chain is only as strong as its weakest link, it’s no good saying an atomic bomb has gone off but don’t worry it’s elsewhere in Europe,” says one City investor. “If Italy goes pop a lot of French banks are exposed, and a lot of German banks are exposed to French banks, so you have a real domino effect.”