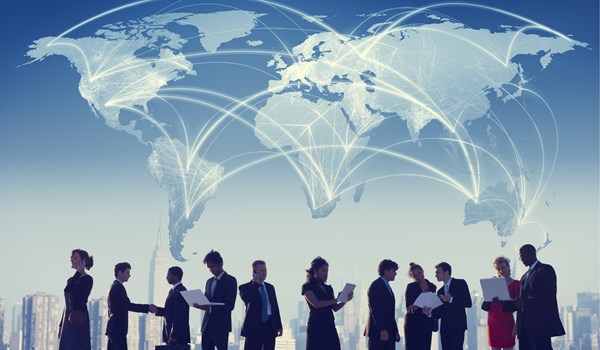 The coronavirus pandemic has triggered a "major economic crisis that will burden our societies for years to come," the Organization for Economic Co-operation and Development's Secretary-General Angel Gurria warned.

In an op-ed published over the weekend calling for joint action "to win the war" against the pandemic, Gurria called the COVID-19 health crisis the "greatest economic, financial and social shock of the 21st Century."

His new statement reverses course from a handful of previous outlooks, which forecasted that the outbreak would cause only a temporary blow to the economy.

As the crisis wages on, Gurria added that the economy will likely not rebound as easily as previously thought.

"This shock brings a double whammy: a halt in production in affected countries, hitting supply chains across the world, and a steep drop in consumption together with a collapse in confidence," Gurria wrote. "Stringent measures being applied, albeit essential to contain the virus, are thrusting our economies into an unprecedented 'deep freeze' state, from which emergence will not be straightforward or automatic."

Gurria called for a "combined, coordinated international effort" to meet the challenge.

He forecasted that even after the worst of the health crisis has passed, people will face a job crisis. Moreover, he says global inequality in income, wealth and job stability will further destabilize the already fragile coronavirus-ravaged economy.

"More than one third of OECD households are financially insecure, meaning they would fall into poverty if they had to forgo three months of their income," he wrote.

Gurria called for a four-pronged approach that includes increased cooperation between countries to respond to the health challenges, international joint policies to buffer global economies, further cooperation between central banks and all government agencies working together to do everything possible to restore confidence.

At the crux of Gurria's plea is governments working together.

"In our global world, many issues cannot be dealt with anymore within domestic boundaries, be it a virus, trade, migration, environmental damages or terrorism," he said. "Multilateral action creates positive spillovers that will be more effective for each country than if they acted alone."

The OECD launched an "online policy hub" on Saturday in response to the pandemic that provides up-to-date information on policy responses from countries around the world, "together with OECD advice, in some cases," Gurria said.

Gurria's update is much more severe than the OECD's previous economic outlook in the wake of the coronavirus pandemic that was published earlier this month. Even that milder outlook, however, called the outbreak the greatest threat to the economy since the 2008 financial crisis.

In the worst-case scenario of its previous outlook, published on March 2, the organization predicted that annual global GDP growth could drop to 1.5% in 2020, or half the rate projected before the outbreak.

His op-ed comes as businesses across the world have been forced to come to a halt as governments work to stop the spread of the outbreak.

As the health crisis increasingly becomes a financial one as well, U.S. financial markets have shed approximately one-third of their value in just weeks, despite aggressive action from the Federal Reserve.