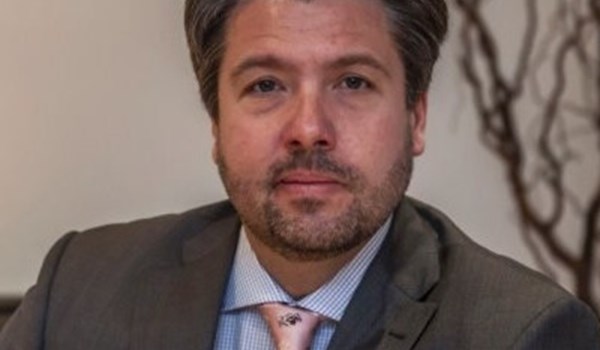 Guernsey Finance, the promotional agency for the island’s finance industry internationally, has appointed Rupert Pleasant as its new Chief Executive.

Mr Pleasant replaces the outgoing Dominic Wheatley in further strengthening the security and stability of Guernsey’s finance sector and acting as an ambassador for the further development of the industry.

Mr Pleasant joins from Beauvoir Group, where he was Acting Group Managing Director. He has a strong background in private wealth with nearly 30 years working in the sector both in Guernsey and abroad for firms such as Lloyds Bank, Barclays Wealth, Credit Suisse, Investec and PraxisIFM among others. He has previously worked in Hong Kong and South Africa, two of Guernsey’s finance industry’s key markets.

Mr Wheatley, whose scheduled departure was announced in December, is due to leave the role in June.

Guernsey Finance Chairman Lyndon Trott said: “Rupert’s considerable international finance and marketing experience will be instrumental in continuing the contribution that the Guernsey Finance team make in promoting the island as a leading finance centre.

“This is a key time for Guernsey as we look to innovate and create fresh opportunities to promote the island and the finance industry across current and emerging markets. Rupert is passionate about the island and I am delighted that he has accepted the role of Chief Executive”.

“The finance sector remains the primary driver of growth in the economy of the island, so its promotion is fundamental to Guernsey’s prosperity,” he said. “For this reason, the leadership of the promotional agency is so important. I am therefore delighted that Rupert will be the new Chief Executive. He brings a combination of wide international experience across a number of different sectors and a passion for Guernsey.”

Mr Pleasant added that having promoted Guernsey’s financial services industry in a wide variety of jurisdictions across the globe, it was a privilege to have been appointed Guernsey Finance’s new Chief Executive.

“We live in challenging but also exciting times, and Guernsey is in an enviable position offering innovation, substance, stability, security and expertise,” he said. “However, we cannot rest on our laurels and so we need to work hard to both maintain and enhance our reputation on the international stage and so I look forward to leading the excellent team at Guernsey Finance into new territory over the coming years.”