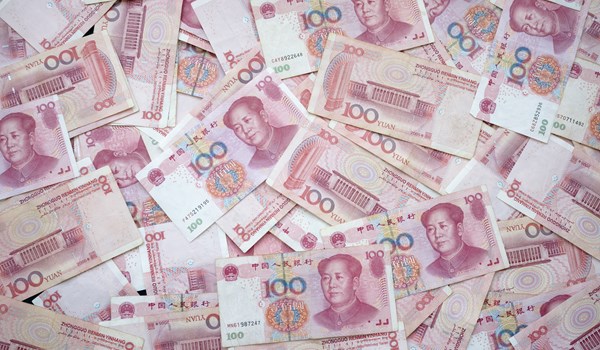 (Bloomberg) -- China’s offshore yuan tested the weakest level on record on speculation the government would be willing to permit a weaker currency in response to fresh punitive measures from the U.S.

The offshore rate dropped as much as 0.7% to 7.1965 per dollar on Wednesday, the lowest since Sept. 3 2019, when it reached an all-time low. Losses have steepened in recent weeks as the Trump administration stepped up rhetoric against China’s Communist Party over its handling of the coronavirus -- and its intention to crack down on dissent in Hong Kong.

The exchange rate has become a focus of the U.S.-China trade war, with President Donald Trump repeatedly accusing China of manipulating its currency. Chinese officials have said they favor a stable yuan, after a shock devaluation in 2015 that roiled global asset prices and undermined investor confidence in Chinese financial markets.

A weaker yuan makes Chinese goods cheaper abroad, giving it a competitive advantage that could help boost overseas demand. Though domestic activity in China is starting to recover from a broad shutdown earlier this year, the world’s largest trading nation continues to rely heavily on exports for growth.

“The PBOC will allow the yuan to continue weakening as U.S.-China trade tensions continue rising, as long as it is orderly,” said Qi Gao, a currency strategist at Scotiabank.

From its daily fixings to mopping up liquidity in Hong Kong, China’s central bank has many tools at its disposal should it wish to steer the currency.

Declines can accelerate when key support lines are broken, like last August when the yuan weakened past 7 per dollar for the first time since the global financial crisis. Moves can also accelerate when the People’s Bank of China is seen allowing for weakness -- in early 2018, the yuan fell by the most in two months as authorities gave banks the green light to submit quotes for weaker fixings.

The PBOC set its daily yuan reference rate at the softest level since 2008 this week, which to some analysts signaled tolerance for depreciation.

The yuan was relatively resilient earlier in the year, despite the growing impact of the coronavirus on the economy. A slump by the currency in March was partly erased in April even after data showed gross domestic product shrank 6.8% in the first quarter from a year ago. Declines resumed this month.

While a weaker exchange rate would give Chinese exporters an advantage selling their products abroad, it risks drawing the ire of Washington at a time when tensions are increasing on multiple fronts. The U.S. is considering a range of sanctions on Chinese officials and businesses to retaliate against Beijing’s planned national security law on Hong Kong.

The two countries, which signed a trade agreement as recently as January, are also sparring over U.S. allegations that China hid the origin and extent of the coronavirus outbreak.

“The yuan is caught in the crossfire between China and the U.S.” said Tommy Xie, an economist at Oversea Chinese Banking Corp in Singapore. “Investors are growing increasingly pessimistic about the yuan as the conflicts between the two countries are getting more complicated. The yuan will keep weakening in the near-term, with the onshore rate testing 7.2.”