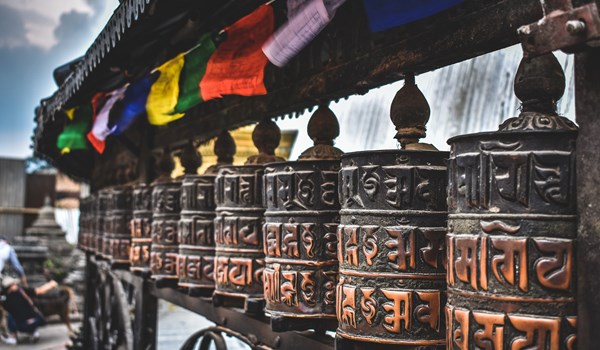 International Finance Corporation, the private sector arm of the World Bank Group, has said it would delay issuing Nepali currency bonds in the offshore market amid an uncertain global market environment due to the Covid-19 pandemic.

A Cabinet meeting in November last year had approved the corporation’s proposal of issuing such bonds worth $20 million outside Nepal. It was the first ever effort from any international agency to issue domestic currency bonds in the international market to finance various projects in Nepal.

A bond is an instrument that represents a loan made by an investor to a borrower, promising to repay the borrowed money at a fixed rate of interest at a specified deadline.

“The overall idea of issuing Nepali currency bonds in offshore markets is to provide a benchmark rate for Nepal in the overseas bond market. Other corporates in Nepal would like to look at the benchmark rate if that would be an important source for them for diversifying their sources of finance,” Wendy Werner, the corporation’s country manager for Nepal, Bangladesh and Bhutan, said at a webinar organised by the Society of Economic Journalists on Tuesday.

“But the market currently is risk averse due to the ongoing Covid-19 crisis. We have our own preparation to issue offshore bonds. But, we are going to wait for the time when the market is going to accept the bonds positively.”

She said that the corporation wanted to ensure that the first benchmark rate for Nepal would be positive one which would set a good precedent to lead other bond issuances in the future.

“In times like this when there is stress in the market, we will wait to issue the bonds,” she said.

The global economy is set for the deepest recession not seen since the Great Depression of the 1930s due to the Covid-19 crisis, according to the International Monetary Fund.

As Nepal has not got sovereign rating by a rating agency so far, the involvement of multilateral agencies like the corporation would help generate resources for Nepal at a relatively cheaper rate.

“The significance of the International Finance Corporation issuing Nepali currency bonds has more to do with testing Nepal’s attractiveness as an investment destination,” Guru Prasad Poudel, director at the foreign exchange department of Nepal Rastra Bank, had told the Post in January.

“It will also help us gauge what investors think about the credibility of Nepal’s economic strength. Bonds worth $20 million are not that big; it’s just a test case for Nepal.”

The corporation has so far issued local bonds in 57 currencies.

Werner, however, said that the Nepali businesses and the financial institutions could still get loans from the corporation in Nepali currency even without the issuance of the bonds in offshore markets.

Although the corporation would raise funds in the offshore market, it will invest the amount in Nepal in local currency. The corporation plans to invest the capital collected through the issuance of bonds through two microfinance institutions—Nirdhan Utthan Bank and RMDC Laghubitta Bittiya Sanstha—in the form of debt, which is also expected to help financial inclusion in Nepal.

The government had allowed the corporation to issue domestic currency bonds on condition that it would not be able to return the capital invested in Nepal for at least three years. Instead, it needs to reinvest the amount collected in interest in the country. Another condition is that the corporation would bear the foreign currency risk by itself.

The corporation will hedge the foreign exchange risks through the private sector window of the International Development Association, also an arm of the World Bank Group.

Although the government in 2015 had allowed the corporation and Asian Development Bank to each issue local currency bonds worth $500 million inside Nepal, no bonds were issued due to a lack of adequate loanable funds with Nepali banks.

The corporation said that it has been increasing the financing to Nepal in the recent years. In 2019, its portfolio in Nepal was $75 million and it has increased to $500 million in 2020, according to the corporation.