BARBADOS: Move ‘could devastate’ Bim in midst of pandemic. 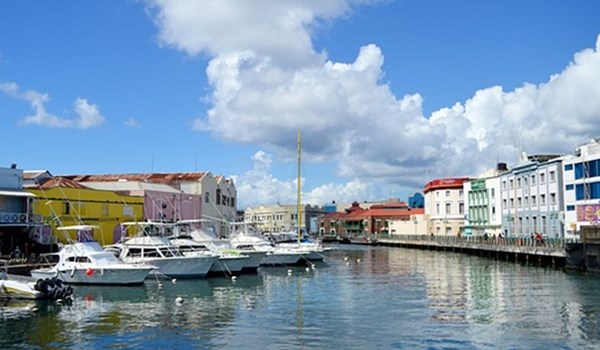 As published on barbadostoday.bb, Thursday 7 May, 2020.

Barbados is set to be included on a new money laundering blacklist by the European Union, prompting a strong defence from the Government’s chief legal adviser and the association for global business amid fears the development could devastate an already struggling economy.

A Reuters news agency report today said that Barbados is among a number of other jurisdictions on the European Commission’s new anti-money laundering and terrorism financing blacklist, to be published tomorrow.

Attorney General and Minister of Legal Affairs Dale Marshall defended Barbados’ anti-money laundering efforts and condemned the EU’s action. He said that Government was made aware that the EU had determined that Barbados was “a significant threat to the financial systems of its member countries”, and of its intention to place the island on its blacklist.

The Barbados International Business Association (BIBA) said the timing of any new blacklist by the EU could not come at a worse time as Barbados reels from the fallout from the COVID-19 pandemic.

BIBA President Julia Hope told Barbados TODAY: “If the international reports are true and Barbados is added to a blacklist of jurisdictions for posing significant threats to the financial systems of the union because of failings in tackling money laundering and terrorism financing, then this will erode the efforts Barbados has made over the past two years to strengthen its anti-money laundering (AML) response.

“If such a decision is indeed taken by the EU at this time, it would be unconscionable with Barbados dealing with the global pandemic.

“We can only hope that these reports are not true because the impact of this would be devastating.

The Attorney General contended that such actions amounted to “a little more than a conviction without a trial”.

He said: “We have been given no details of this, and in fact, the first time we are hearing of it is through the overseas Press.

“Even the mighty must abide by the rules of natural justice, and give us an opportunity to be heard. We [Barbados] do not have a seat at their table when our standing is being discussed, and if you say that we are a non-cooperative jurisdiction, then tell us in which areas you consider that we are not cooperating.

“This approach of the EU is exactly the approach that was taken against us last year in relation to what they deemed to be harmful tax practices.”

Hope expressed concern that an AML blacklisting would label Barbados a high-risk jurisdiction and harm its banking relationships in the global business community and access to foreign exchange generally.

Hope said her organization intends to get to the bottom of the EU decision.

She said: “We look forward to finding out the truth when the EU report is released, but should we indeed be challenged, BIBA stands ready to work with the Attorney General and other agencies to continue to fight for the recognition of our improved technical compliance in this area.”

Marshall said Barbados had made significant strides over the last two years with its anti-money laundering efforts. These efforts were recognized and lauded by the Financial Action Task Force (FATF), which is the international standards-setting body for this area.

The AG said: “It was acknowledged that we have made significant progress towards addressing a number of the recommendations in the mutual evaluation report to improve both technical compliance and effectiveness, including updating the National Risk Assessment and developing mitigating measures.

“Further, an application for upgrades in a significant number of technical compliance ratings is in progress.”

The Reuters story also named two other Caribbean countries – Jamaica and the Bahamas – to appear on the blacklist.

It said that Panama, Mauritius, Botswana, Cambodia, Ghana, Mongolia, Myanmar, Nicaragua and Zimbabwe are also set to be on the EU blacklist.

The EU accuses these states of posing a financial risk to the EU because of anti-money laundering and terrorism financing shortfalls.

The draft document said the countries on the list, which the EU points out is still subject to change, “pose significant threats” to the EU’s financial system.

Under EU law, banks and other financial and tax firms are obliged to scrutinize more closely their clients who have dealings with countries on the list.

Attorney General Marshall did acknowledge there were still some areas that needed strengthening but stressed that those were in the minority, based on the FATF’s jurisdictions under increased monitoring.

“We will continue undaunted by this to strive for the highest-ranking for our regulatory framework,” Marshall concluded.