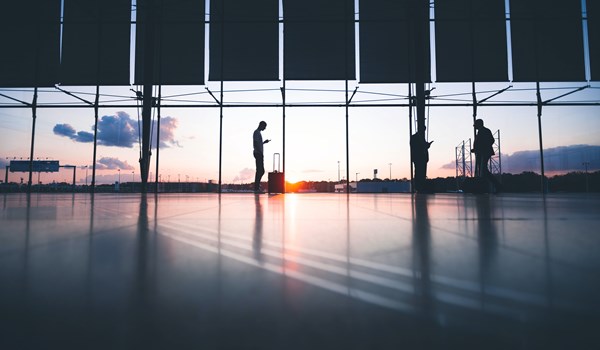 As published on internationalinvestment.net, Friday 15 May, 2020.

Many expats are likely to face 'unexpected tax complications' because of the lockdown restrictions, the CEO of Dubai-based DeVere Group warned today.

Nigel Green, chief executive and founder of deVere Group, which operates in 100 countries globally, issued his warning as many nations around the world are beginning to ease the measures put in place to reduce the spread of covid-19.

Green said: "Many expats, and others who live outside their countries of origin, have found themselves stuck in other countries where they don't normally reside due to the widespread lockdown measures, the closure of national borders, and almost no commercial flights.

"And despite the easing of some restrictions in some places, the current situation might not change for a while yet, especially due to the situation in the aviation and wider travel sector."

He continued: "People stranded in different jurisdictions could find that their residency status changes. Being stuck somewhere you hadn't planned to be for an extended period of time could mean that you inadvertently become a tax resident there.

"This could impact your tax planning strategies which, in turn, could affect other personal finance matters including retirement planning, estate planning and trusts.

"The potential for unexpected tax complications is high, especially as each jurisdiction has its own individual regimes and regulations when it comes to cross-border tax planning. Also because it is widely predicted that taxes are expected to rise.

"Those who feel they might be affected should seek expert cross-border financial advice sooner rather than later to mitigate any nasty surprises."

Despite some reports to the contrary, he warned that it is not just the very wealthy who could be hit by the impact of lockdowns on tax positions.

"There's potential for a significant number of those who live and work or retire outside their country of origin."

Green concluded: "Typically there will be a series of legitimate solutions to reduce being hit with tax complications. But to avoid burdensome, complex and costly issues arising, the sooner those who could be impacted seek advice, the better."