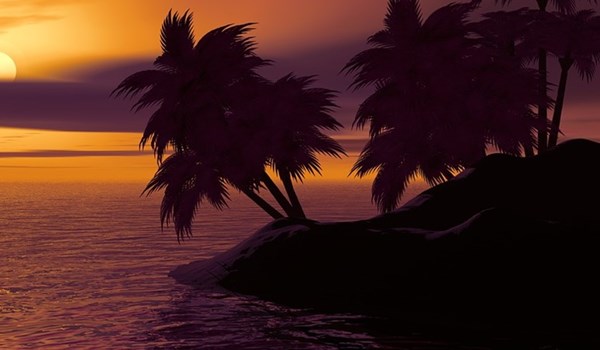 As published on jamaicaobserver.com, Tuesday 12 May, 2020.

Last week, the EU said under the Anti-Money Laundering Directive (AMLD), it has revised its list, taking into account developments at international level since 2018 and that the “new list is now better aligned with the lists published by the FATF (Financial Action Task Force)".

The countries which have been listed are The Bahamas, Barbados, Jamaica, along with Botswana, Cambodia, Ghana, Mauritius, Mongolia, Myanmar, Nicaragua, Panama and Zimbabwe.

But Guyana is among six other third world countries that have been de-listed.

In a statement issued Monday following last week's 23rd meeting of the Council for Foreign and Community Relations (COFCOR), the foreign minister said they “rejected the arbitrary and unilateral imposition of blacklisting by the EU on several member states of the Community.

“They expressed concern over the constant shifting of goal posts, the continued lack of prior consultation or notification and the unwillingness to take into account the efforts at compliance made by CARICOM member states,” the statement noted.

It said that the “measure was viewed as detrimental to the economies of the affected states which are already in recession.

“The Community called on the EU to take into consideration the disproportionate impact of the COVID-19 pandemic on the economic wellbeing of the small states of CARICOM in their policy-making,” the statement added.

The statement said that the foreign ministers also reviewed the region's relations with both its traditional and more recent partners and discussed ways and means by which these relations could further be strengthened.

“The COFCOR also reflected on the need to engage new partners with a view to promoting an appreciation of the Community's interests and catalysing new development platforms.”

The statement said particular attention was paid to developments, such as BREXIT and the negotiation of the successor to the Cotonou Agreement, “which are having a profound impact on the nature of existing relationships, hence the focus on relations with the UK in its new dispensation and the European Union (EU)”.

The statement said that with the seventh CARICOM-Cuba Summit scheduled to be held in Cuba in December, the foreign ministers received an update on the status of relations.

“The COFCOR paid tribute to the government and people of Cuba for the provision of public health personnel to boost the region's limited capacity in the face of the spread of the coronavirus pandemic despite the country's own challenges aggravated by enhanced US sanctions.

“Foreign Ministers called for an immediate and unconditional lifting of the US economic, commercial and financial embargo against Cuba,” the statement said, noting that the ministers also made reference to the deepening of relations with Latin America.

“CARICOM Foreign Ministers highlighted the recent developments in the relations between CARICOM and Africa underpinned by reciprocal official visits of CARICOM Prime Ministers and African Presidents which have brought the two regions closer.

“They expressed regret over the postponement of the proposed CARICOM-African Union Summit in June 2020 owing to the spread of the COVID-19 virus.”

The foreign ministers have also expressed their regret at “the understandable postponement of the Commonwealth Heads of Government Meeting (CHOGM) which was due to be held in Rwanda in June 2020”.

It said that CARICOM “was looking forward to addressing issues of interest and concern with their Commonwealth counterparts.

“This forum has always been viewed as a valuable opportunity for exchanging views with members of the G7 and G20 which play an influential role in shaping global economic and financial affairs. This would have been opportune, given the present need for the support required by CARICOM states whose economies have been decimated by the pandemic. This forum is also of significance because of the importance it has ascribed traditionally to the situation of small states,” the statement added.

On the matter of border issues involving Belize and Guatemala as well as Guyana and Venezuela, the ministers said that they had received “an update” on these matters.

In the case of Belize and Guatemala, the foreign ministers said they welcomed the submission of the case arising from Guatemala's claim to the International Court of Justice (ICJ) for final and definitive resolution, in accordance with the Special Agreement to Submit Guatemala's Claim to the ICJ.

“They further noted that the ICJ had extended the time-limits for the filing of the initial pleadings,” and “further called on both countries and the OAS to redouble their efforts to engage in the design and development of a mechanism of cooperation for the Sarstoon River, which remains outstanding.”

In the case of Guyana and Venezuela , the foreign ministers “noted that Guyana was to have presented its case in oral pleadings scheduled for the week of 23 March 2020 as to why the ICJ was properly vested with jurisdiction by the United Nations Secretary-General under the Geneva Agreement 1966 for a final resolution to the controversy.

“Ministers reiterated the Community's full support for the judicial process that is intended to bring a peaceful and definitive end to the long-standing controversy between the two countries. They further reiterated their firm and unswerving support for the maintenance and preservation of the sovereignty and territorial integrity of Guyana,” the statement added.