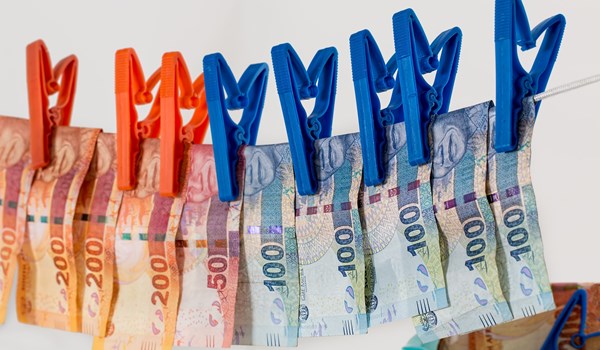 As published on theparliamentmagazine.eu, Tuesday 22 September, 2020.

The revelations of the International Consortium of Investigative Journalists focus on the alleged failure of major international banks and supervisors to combat money laundering.

The leaks come after months of research in 88 countries with more than 400 journalists involved. They also coincide with the first meeting this week of Parliament’s new special committee on tax fraud.

Speaking at a news conference on Monday, German Greens MEP Sven Giegold said the reports of suspected money laundering reveal an “insight into criminal transactions at major banks, including HSBC and Deutsche Bank.”

He claims, though, that the leaks are “only a fraction” of all reports of suspected money laundering.

The MEP told reporters, “Even so, this is a wake-up call.”

More than 2,000 sensitive banking papers detailing more than two trillion US dollars’ worth of transactions were analysed after being leaked to the US investigative media company BuzzFeed News and shared with the ICIJ, which distributed them to 108 news organisations including the BBC.

They allegedly show banking officials allowed fraudsters to shuttle money between different accounts after being made aware the profits were from multimillion-dollar scams or crimes.

“The FinCEN files give us a stark reminder of the fact that the job of cleaning up the global financial system cannot just be left to the banks. Our governments need to step up and create the safeguards, transparency, control and global cooperation needed to stop the international flow of illicit money” - Tove Maria Ryding, Eurodad

The files are also reported to show how Russian oligarchs use banks to avoid sanctions and get their money into the West.

Investigators uncovered secret reports said to expose how banks have failed to tackle crime and how terrorists, money launderers and crime bosses are able to use the same banks as ordinary citizens.

The cache of files, known as FinCEN (from the US Financial Crimes Enforcement Network), are mostly files banks sent to the US authorities between 2000 and 2017, raising concerns about suspicious activity in their clients’ accounts.

Giegold, economic and financial policy spokesman for the Greens/EFA, told an online news briefing, “After the economic crisis banks promised they would clean up their business models but these leaks show they have continued to work with some of the most corrupt people in the world.”

“The banking systems are still broken so the EU needs to create a Europe-wide money laundering supervisor and also a financial intelligence unit. Such a unit would investigate transactions which have a strong cross-border dimension. This unit should also shed more light on the fiscal impact of exploitative relationships, such as zero hours working, within Europe.”

“There is some resistance to such calls and the Commission is unclear on what it wants on this, but these leaks have shown the urgent need to do this. The new parliamentary tax committee will be the space to shape debate on this.”

“The new parliamentary tax committee will be the space to shape debate on this. Its first meeting is on Wednesday so these big leaks are a nice coincidence. They show there is a clear and urgent need to reform international systems against financial crime” - Sven Giegold MEP

“Its first meeting is on Wednesday so these big leaks are a nice coincidence. They show there is a clear and urgent need to reform international systems against financial crime.”

“This coincidence is also timely because, due to the pandemic, public coffers are empty when they are needed most. So, this is a chance to step up the fight against tax dumping and financial fraud.”

Giegold went on, “It is scandalous that large international banks continue to allow money laundering on a large scale even after the global financial crisis. All promises by global banks to keep their hands off criminal money have become untrustworthy at the latest now. It is state failure on a grand scale that public authorities have for years shown themselves incapable of putting an end to this growing financial crime.”

He said the Greens will demand an “evaluation and a hearing” on the FinCEN leaks in the new tax committee, adding, “It will be particularly interesting to find out exactly when and which of the banks involved last made questionable transactions. The new media reports are unclear.”

“At all levels, the rule of law needs a strengthening of the prosecution of financial crime. The globalisation of crime needs a forceful European response. The joint supervision of money laundering with a European Financial Intelligence Unit [FIU] must now come quickly. The resistance of many Member States to a European FIU is a scandal in the face of new revelations. If the crime is international, the prosecution must not remain national.”

Commenting on the leaks, Tove Maria Ryding, Tax Justice Coordinator at the European Network on Debt and Development (Eurodad) said, “The FinCEN files give us a stark reminder of the fact that the job of cleaning up the global financial system cannot just be left to the banks. Our governments need to step up and create the safeguards, transparency, control and global cooperation needed to stop the international flow of illicit money.”

“In light of the Coronavirus crisis, this problem has never been more urgent. During the last financial crisis, governments put great effort into saving the banks, but often neglected the wellbeing of their citizens, who were faced with cuts in public funding for hospitals and schools while international illicit financial flows continued to drain the public coffers. This time has to be different.”

Further reaction came from Alex Cobham, chief executive at Tax Justice Network, who said the leaks show that “many of the world’s major financial institutions have comprehensively failed to meet their own responsibilities, in the name of turning a profit - however dirty.”

He said, “Swift and robust action is needed, including potential criminal charges, or banks will simply continue to treat the prospects of being caught and fined as a simple cost of business.”