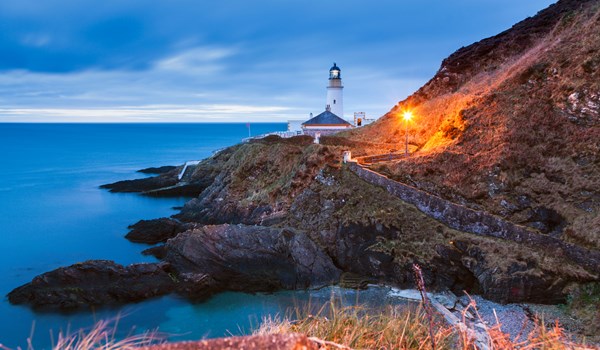 Victims of a massive investment fraud that operated for years out of Montreal and siphoned more than $500 million offshore are calling on federal politicians to resume an inquiry into Canadian shell companies set up in the Isle of Man, a popular tax haven used by global accounting firms.

"On behalf of the victims, I am asking that the federal government reopen this file," Janet Watson wrote last month to her local MP, Marie-Claude Bibeau, the federal Liberal minister of agriculture.

The Isle of Man previously attracted attention from parliamentarians after revelations that the accounting firm KPMG had helped set up offshore shell companies for unknown wealthy Canadian clients.

In 2016, the House of Commons finance committee abruptly shut down questioning into offshore shell companies in the Isle of Man after objections were raised by KPMG about the potential impact on ongoing court cases.

The Canada Revenue Agency eventually settled three of the tax cases out of court, but the committee never resumed its inquiry.

Now, documents suggest some of the monies that disappeared offshore may be connected to four shell companies in the Isle of Man that were used to hide money from creditors.

In her email to Bibeau in early March that was copied to hundreds of fellow investors, Watson said it is time for politicians to probe what happened to their money lost offshore in a Ponzi scheme, a fraud in which the apparent returns are actually paid out using money from new investors.

"The RCMP is not equipped to handle this kind of investigation," she said, noting that the Mounties previously turned down a request to look into the missing money.

Watson said federal politicians not only have an opportunity to help the victims find their money, but also to address how offshore secrecy affects all Canadians.

Watson was reacting to recent investigative reports by CBC's The Fifth Estate and Radio-Canada's Enquête that revealed suspected links between their missing investments and financial transactions in the Isle of Man, a British Crown dependency in the Irish Sea between England and Ireland known for offering offshore secrecy and being a tax haven.

The documentaries also revealed that confidential emails obtained from an offshore leak of financial records link KPMG to four shell companies now believed by some financial experts to be connected to the fraud.

The companies, Shashqua, Katar, Spatha and Sceax, are named after ancient swords and were set up in the Isle of Man nearly two decades ago.

In a letter to CBC/Radio-Canada, KPMG's external counsel said the author of those emails is mistaken and that any suggestion KPMG helped set up those companies is "false and defamatory."

Before they halted their Isle of Man probe in 2016, members of Parliament on the finance committee learned the KPMG scheme was not only marketed to ultra-rich Canadians as a way to dodge taxes, but also as a way to keep money from potential creditors.

An internal KPMG document, obtained by the finance committee, showed that the accounting firm promoted their scheme as a way for their wealthy clients to "protect" their assets offshore. There was "nothing [a] creditor/ex-spouse etc. can claim," KPMG said in its marketing pitch.

KPMG said it would charge its clients a minimum of $100,000 to buy into the scheme, including factoring in a percentage of the amount of taxes "saved" by the wealthy Canadians.

Documents filed in the Tax Court of Canada show that after auditors for the Canada Revenue Agency discovered the existence of the KPMG scheme, they concluded that the accounting firm's "Offshore Company Structure" in the Isle of Man was a "sham" that "intended to deceive" federal regulators.

In Ottawa, NDP MP Peter Julian put forward a motion last month calling on the finance committee to once again probe tax havens, including the Isle of Man and the sword companies, following the CBC/Radio-Canada revelations.

"People have been cheated, they have lost their savings. The federal government should do more than pay lip service in the fight against tax evasion and international tax evaders," said Julian.

The Conservatives say they plan to back the motion. Finance committee vice-chair Pat Kelly said he supports the committee looking into tax evasion, fraud and the Isle of Man.

Bloc Québécois MP Gabriel Ste-Marie, also a vice-chair of the finance committee, said he hopes that all parties support the NDP motion, which will be voted on in the coming weeks.

"If the committee takes up the matter, with the new revelations, we can seriously help to resolve the situation and even more so that it does not happen again."

MP Elizabeth May said the Green Party also supports a parliamentary inquiry at the finance committee.

"Canadian offshore bank accounts … are hiding money from the government. Why would any party not want that revealed?"

The Liberal chair of the finance committee, Wayne Easter, did not respond to phone calls from journalists.

In a minority Parliament, opposition parties can vote together to hold committee hearings without the support of the governing party.

The Montreal-based fraud operated for several years until 2005, when investors in three companies, Cinar, Norshield and Mount Real, learned hundreds of millions of their money had gone missing offshore.

While three executives of the companies were found guilty of fraud in a Montreal court in 2016, most of the money misappropriated has not been located.

Watson and opposition politicians are asking questions about who exactly is behind the four offshore companies named after ancient swords that were set up in the Isle of Man in December 2001.

Isle of Man corporate records list "nominee" directors and shareholders who are, in turn, protecting the identity of the individuals behind the sword companies.

Records show that the sword companies were set up at the exact time as Montreal business executives from the three companies, Cinar, Norshield and Mount Real, began hiding money offshore, out of reach of creditors.

He said the documents obtained by CBC/Radio-Canada show links between the sword companies and the Ponzi scheme and could breathe new life into the search for the missing money.

"Without a start, you got no chance, but you got a start."

University of Sherbrooke tax law professor Marwah Rizqy also believes the documents show a link between the sword companies and the Montreal-based fraud.

"I don't believe in coincidences," she said.

Rizqy also reviewed several additional documents obtained by Fifth Estate/Enquête that she believes strongly suggest KPMG was involved in setting up the sword companies. She said that questions around the accounting firm's involvement with those companies are a serious matter that warrants further investigation.

Rizqy, who is also a Liberal member of Quebec's National Assembly, said there is a perception that the wealthy and their accounting firms are treated differently than average Canadians, and that there is "another justice system for those who can actually afford to lobby the government."

For its part, KPMG said it has looked through its records and has found no evidence it was involved in setting up those companies.

"Unless CBC has additional evidence of KPMG Canada's involvement with the sword companies that it has not shared with KPMG Canada, the proposed allegations are demonstrably unsubstantiated, false and defamatory," Mark Gelowitz, KPMG's external legal counsel, wrote to CBC last month.

The House of Commons finance committee began examining the accounting firm's offshore "product" in the Isle of Man in the spring of 2016 after revelations that the Canada Revenue Agency had offered a secret "no penalties" settlement to KPMG clients who had dodged millions of dollars in taxes while using the Isle of Man scheme.

Testifying in front of the committee, KPMG executive Greg Wiebe argued that its Isle of Man scheme was legal but that the accounting firm eventually stopped selling it. He said looking back with the passage of time, "I can't defend it."

Lawyers for KPMG eventually requested that the Liberal-dominated finance committee halt their inquiries into the Isle of Man "tax product".

Easter, the chair of the committee, said at the time that he prevented further testimony about KPMG in order to avoid going "down a path that's going to cause trouble."

Critics have argued the House of Commons frequently probes issues in which there may be related court action and that parliamentary inquiries can help unearth information in the public interest.

For her part, Watson said the finance committee should also ask questions about the auditing and banking firms that were providing financial services to the Norshield and Mount Real companies.

KPMG audited one of the funds connected to the Norshield investments and was later sued by a group of investors. KPMG eventually agreed to make an out-of-court settlement, without admitting responsibility.