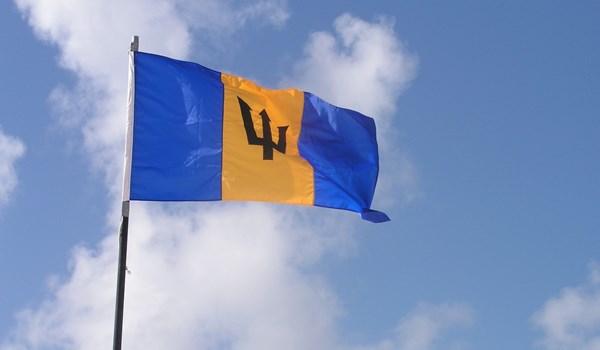 As published on barbadostoday.bb, Thursday 19 August, 2021.

All is not lost as Barbados braces for the implementation of a singular global minimum corporate tax rate of 15 per cent.

This assurance from Avinash Persaud, prominent economist and Special Envoy to Prime Minister Mia Mottley, who indicated that Barbados had several options to ensure that international business firms did not migrate as a result of the new tax regime.

According to the Organisation for Economic Cooperation and Development (OECD), the two-pillar tax plan is designed to “reform the international taxation rules and ensure that multinational enterprises pay a fair share of tax wherever they operate”.

The OECD said in pillar one it was aiming to achieve a “fairer distribution of profits and taxing rights among countries with respect to the largest multinational enterprises, including digital companies”.

In pillar two, it seeks to establish a floor, or a rate below which countries will not set their corporate income tax rates. This will be executed through the introduction of a global minimum corporate tax rate that countries can use to protect their tax bases.

Pointing out that Barbados was not caught off-guard, Persaud gave the assurance that Government was planning for the new rule by developing policy responses.

Insisting that Barbados was “not in a bad place” as a result of the pending tax regime, he explained that the increased taxes that companies would pay would result in more revenues for Government, which could then be used to keep those same companies by offering grants.

Stating that this was only one option, Persaud said “our approach is to look to see how we can make this work”.

He was addressing a recent online forum – A dialogue on the Global Minimum Tax Rate and Barbados – which was facilitated by Barbados International Business Association BIBA) and Invest Barbados.

“Firstly, inside the tent we are going to argue and agitate for a substance-based carve-out. This is what we have been spending the past decade or so developing,” said Persaud.

Stating that local authorities have been looking closely at “several plan Bs”, Persaud said while there was not yet a clear option given the need for consultation and discussion, some talks have already taken place with the OECD and other stakeholders.

However, he disclosed that one option was to offer grants to companies that spend on research and development in Barbados, so as to encourage them to stay.

We did not play that game before because we did not have the revenues for that, but the tax rate from 1 per cent to 15 per cent may very well provide us with the resources that allow us to provide the grants that makes us competitive.

That would be part of the plan B if we can’t win a broader substance carve-out,” he explained.

Barbados currently has a corporate tax rate of between 1 per cent and 5.5 per cent, based on taxable income on a sliding scale.

Describing the proposed 15 per cent minimum global tax rate as a “saga”, Persaud said there have been “more twists and turns than Games of Thrones” when it comes to global tax matters over the years.

He said there was “no point in being in opposition” to the new tax rate, explaining that “we have all seen whether it is with these lists they put us on, that being outside causes much problems [and] that people don’t want to be in our jurisdiction if we are on some list as an uncooperative member”.

“So it was always our view that we will be moving along with the consensus,” said Persaud, as he sought to explain why Barbados signed on to the new global tax plan.

He said Barbados would continue to “work within the camp to get a better system”, adding that while the principal focus was for a substance-based carve-out, there were other plan Bs.

“We are also looking at plan Bs if the substance carve-out is either not adequate or is removed. Those plan Bs there are opportunities for that because we are coming from a point where fundamentally we would be raising our taxes rather than lowering them.

“So we can think of revenue neutral or revenue positive ways in which we can remain highly competitive,” said Persaud, who opted not to give details of the plans just yet. It is expected to take several months before the new tax plan is implemented.