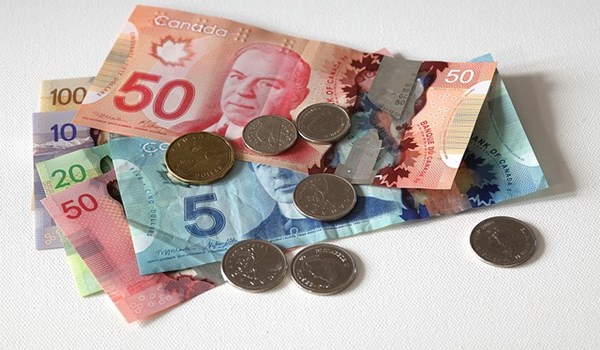 As published on nationalpost.com, Thursday 12 August, 2021.

Ahead of a widely expected federal election call Sunday, the NDP has released a de-facto platform that includes a new one-per-cent tax on wealth over $10 million, part of the party’s pledge to tax the ultra-rich in order to pay for programs like national pharmacare and dental care.

Asked at a press conference in Newfoundland about the new document’s similarity to the party’s 2019 platform, leader Jagmeet Singh said he thinks the promises will resonate more with Canadians after the past year and a half.

“Sometimes you look at items … and you say, maybe I should have bought that thing last time. And that’s what we’re hoping people realize, that all the things we talked about are things people need now more than ever,” he said.

In addition to the COVID-19 pandemic, issues like the climate crisis, housing affordability and health care have become more timely, Singh said, as he pitched the NDP as the only party willing to target Canada’s richest in order to pay for the programs it has promised.

“We know that the billionaires of this world are not paying their fair share. They’re spending their time up in space going on luxury rides in rocketships. People want to see them pay their fair share so that we can invest in the things people need, and that’s what we’re going to do.”

On top of the new wealth tax, the party is promising to tax Big Tech companies, increase by two points the tax rate for those earning over $210,000, and introduce a temporary COVID-19 “excess profit tax that puts an additional 15 per cent tax on large corporate windfall profits during the pandemic.”

Singh said the party’s promises on student debt, climate, mental health and affordability will connect with younger Canadians. “Young people have been hit by this pandemic in a way that’s impacted them much more than many other demographics,” he said.

That includes housing affordability, with the party promising to create half a million units of affordable housing over 10 years, including social housing, “community and non-market housing, as well as rental assistance for co-ops.” It would also implement a 20 per cent foreign buyers’ tax for residential property, and waive federal taxes on the construction of new affordable rental units, and “re-introduce 30-year terms to CMHC insured mortgages on entry-level homes for first time home buyers.”

Many young people “can’t imagine ever finding a place to rent, let alone to own, and we know we can make things better by investing really massively in building those homes that people can actually afford,” Singh said.

The NDP is promising to remove interest from federal student loans, double non-repayable student grants and introduce a debt forgiveness program that would forgive up to $20,000 in student debt, which it said would wipe out 20 per cent of student debt in its first year.

The party would ensure Canadians without private insurance can access mental health care “without worrying about the cost,” while its national pharmacare program would cover prescription medication for mental health care.

It would also implement a price cap for cellphone and internet bills that limit prices to no more than the global average, force providers to offer affordable unlimited wireless data plans, and extend high-speed broadband service to all Canadians within four years. “This will include taking the first steps to create a Crown corporation to ensure the delivery of quality, affordable telecom services to every community,” the party promised.

To address the climate crisis, the document promised to reduce emissions “by at least 50 per cent from 2005 levels by 2030,” which it aims to achieve by eliminating fossil fuel subsidies, implementing carbon budgets, and changing the mandate of the Bank of Canada “to focus on contributing to net zero.”

Other climate commitments include retrofitting all buildings in Canada by 2050, a public bus program that would run between cities, and protecting 30 per cent of land, freshwater and oceans by 2030.

It linked its promises to address climate change to its pledge to create a million new jobs in a first mandate. “Our plan will cut greenhouse gas emissions at the same time as it will create new good jobs in every part of the country,” such as those in building green infrastructure, the document promised.

Ekos Research president Frank Graves said the NDP could be right in thinking that the pandemic has made Canadians more receptive to its policies.

“The pandemic has laid bare a lot of fault lines around social class, race inequality and so forth, which has seen support for those areas of social investments and government priority rising quite sharply,” he said. “The question will be, is the NDP in the best position to say we can be the champions for these things and make them happen?”