LUXEMBOURG: Amazon accused of evading tax by shifting up to £8.2bn to jurisdiction. 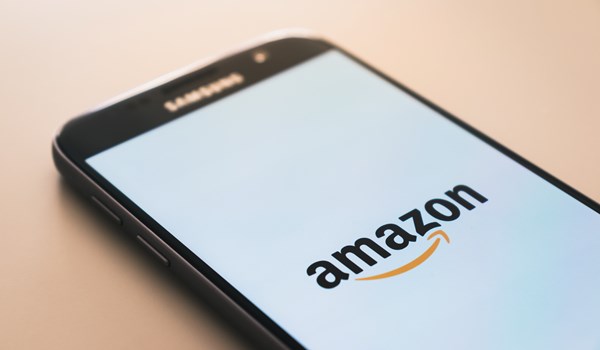 Amazon declares most of its revenues in low-tax Luxembourg - enough that, if all the sales were genuinely made there, it would have supplied about £78,000 worth of goods to each resident
Amazon reported up to £8.2bn of its UK sales in Luxembourg in 2019, to avoid paying the higher rates in the UK, a new analysis by trade union Unite has found.

The report, seen by The Independent, claims that Amazon declared £13.7 billion of UK sales in its US accounts in 2019, but reported just £5.5 billion in sales in filings for its UK-based firms.

The company declared €57 billion (£48.3 billion) of revenue in Luxembourg in 2019. That would mean it sold about £78,000 worth of goods and services to every person in the country.

The analysis, led by chartered accountant Vivek Kotecha, examined all of Amazon's publicly disclosed information to infer how much tax the company may be avoiding in the UK.

The researchers examined accounts for 19 of Amazon's UK-registered companies, including its warehouses, logistics operation and the Internet Movie Database (IMDb). They estimated that the retail firm paid a maximum of £84 million on its profits in UK tax - about £46 million less than would have been expected.

Amazon is able to shift revenues out of the country where they were actually made through its subsidiaries - an option not available to smaller firms. Unite argues that this gives large firms, especially those in the tech sector, an unfair advantage.

Amazon in particular uses its subsidiary Amazon EU Sarl, which is based in Luxembourg. Anyone buying from Amazon in the UK is actually billed by this subsidiary.

Unite has demanded a public inquiry into Amazon's tax arrangements.

Labour MP and Treasury Committee member Emma Hardy expressed concerns over the findings, and backed Unite's call for an investigation.

"I don't want a tax system that takes money from ordinary people to subsidise the growth of the world's biggest anti-union company," she said.

In a statement to The Independent, Amazon rejected the report and said the discrepancy was because most of its sales to UK shoppers were booked by UK branches of one of its Luxembourg companies - although this simply confirms the report's findings.

The company said it had reported all the figures to HMRC.

"Our UK retail and Amazon Web Services revenues are recorded here in the UK and reported directly to HMRC," a spokesperson said.

The spokesperson declined to disclose how much corporation tax the company paid on its UK sales in 2019.

Questions over Amazon's tax practices were also raised in May, after its corporate filings in Luxembourg showed that the company paid zero corporation tax in Europe last year, despite record sales income of around £38 billion.

Accounts for Amazon EU Sarl revealed that the Luxembourg unit made a €1.2 billion (£1 billion) loss and therefore paid no tax. Moreover, the unit was handed €56 million (£47 million) in tax credits to offset future tax bills.

Last month, Amazon was accused of profiting from price gouging at the height of the pandemic - while vulnerable people depended on home deliveries.

Amazon denied the accusations, stating that it terminated the accounts of sellers who tried to take advantage of the health crisis.

In February, bosses of leading stores in the UK, including Tesco, wrote a letter to Rishi Sunak, urging him to reform business rates to help them compete with companies like Amazon.

Amazon's UK sales in 2020 were around £19.3 billion, up 51 per cent since 2019, according to official figures. However, researchers at real estate adviser Altus Group estimate that Amazon's overall business rates bill for 2020-2021 was around £71.5 million - just 0.37 per cent of its retail sales.

High street retailers, in comparison, paid about 2.3 per cent of their annual retail sales in business rates before the pandemic, according to researchers.