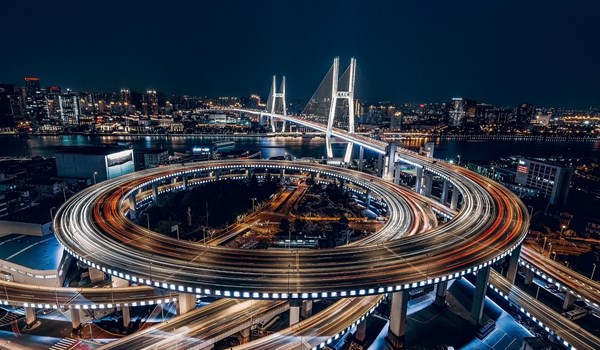 As published on finance.yahoo.com, Wednesday 1 December, 2021.

(Bloomberg) -- China is planning to ban companies from going public on foreign stock markets through variable interest entities, according to people familiar with the matter, closing a loophole long used by the country’s technology industry to raise capital from overseas investors.

The ban, intended in part to address concerns over data security, is among changes included in a new draft of China’s overseas listing rules that may be finalized as soon as this month, said the people, asking not to be identified discussing private information. Companies using the so-called VIE structure would still be allowed to pursue initial public offerings in Hong Kong, subject to regulatory approval, the people said.

Companies currently listed in the U.S. and Hong Kong that use VIEs would need to make adjustments so their ownership structures are more transparent in regulatory reviews, especially in sectors off limits for foreign investment, the people said. It’s unclear if that would mean a revamp of shareholders or, more drastically, a delisting of the most sensitive firms -- moves that could revive fears of a decoupling between China and the U.S. in areas like technology. Details of the proposed rules are still being discussed and could change.

The overhaul would represent one of Beijing’s biggest steps to crack down on overseas listings following the New York IPO of ride-hailing giant Didi Global Inc., which proceeded despite regulatory concerns. Authorities have since moved swiftly to halt the flood of firms seeking to go public in the U.S., shuttering a path that’s generated billions of dollars for technology firms and their Wall Street backers.

It’s all part of a yearlong campaign to curb the breakneck growth of China’s internet sector and what Beijing has termed a “reckless” expansion of private capital. Banning VIEs from foreign listings would close a gap that’s been used for two decades by technology giants from Alibaba Group Holding Ltd. to Tencent Holdings Ltd. to sidestep restrictions on foreign investment and list offshore. It potentially thwarts the ambitions of firms like ByteDance Ltd. contemplating going public outside the mainland.

The China Securities Regulatory Commission didn’t immediately respond to a request for comment.

While a universal ban on the VIE structure isn’t being contemplated, a halt on foreign listings and additional review for Hong Kong IPOs would mean the model will no longer be a viable way for many startups to tap capital markets. Some investment banks have already been advised by regulators to stop work on new deals involving VIEs, a person familiar with the matter said.

The demise of the VIE route would further threaten a lucrative line of business for Wall Street banks, which have helped almost 300 Chinese firms raise about $82 billion through first-time share sales in the U.S. over the past decade.

VIEs have been a perennial worry for global investors given their shaky legal status. Pioneered by Sina Corp. and its investment bankers during a 2000 IPO, the VIE framework has never been formally endorsed by Beijing.

It has nevertheless enabled Chinese companies to bypass rules on foreign investment in sensitive sectors including the internet industry. The structure allows a Chinese firm to transfer profits to an offshore entity -- registered in places like the Cayman Islands or British Virgin Islands -- with shares that foreign investors can then own.

While virtually every major Chinese internet company has used the structure, it has become increasingly worrisome for Beijing after technology firms infiltrated every corner of Chinese life and amassed reams of consumer data. Companies holding the data of more than 1 million users must undergo approval when seeking listings in other nations, the Cyberspace Administration of China said in July.

A cybersecurity review may also be required for firms planning IPOs in Hong Kong if it’s decided that the listing will potentially have an impact on national security. The change hasn’t stopped data-rich companies like music streaming venture Cloud Village Inc. and artificial intelligence giant SenseTime Group Inc. from planning debuts in the city.

Till recently, authorities had little legal recourse to prevent sensitive overseas listings, as with the Didi IPO. Officials have asked the ride-hailing giant to devise a plan to delist from the U.S., people familiar said last week, an unprecedented request.

Since a crackdown on Didi began in early July, only one mainland-based Chinese company has priced a U.S. IPO, while 29 have listed shares in Hong Kong, according to data compiled by Bloomberg. NetEase Inc.’s Cloud Village will debut in the city on Thursday, while the closely-watched offering of SenseTime is expected to start trading in the week of Dec. 13.

A senior official at the securities regulator said last week that China fully supports companies that choose Hong Kong as a primary listing venue. China doesn’t think delisting from the U.S. is a good thing for the companies, for global investors or for the China-U.S. relationship, added Shen Bing, director-general of the CSRC’s department of international affairs.

China’s heightened regulatory scrutiny has been echoed in the U.S. The Securities and Exchange Commission has halted pending IPOs by Chinese companies until full disclosures of political and regulators risks are made, warning investors may not be aware they are actually buying shares of shell companies instead of direct stakes in businesses.