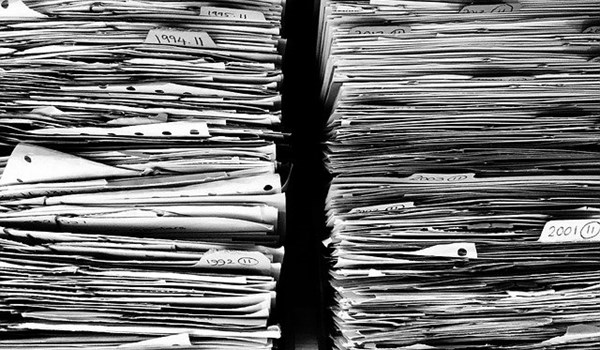 The International Consortium of Investigative Journalists is publishing data on the beneficial owners of more than 15,000 offshore companies, foundations, trusts, and other entities from the Pandora Papers investigation. The records were incorporated into the Offshore Leaks database and come from two offshore services providers: Panamanian law firm Alemán, Cordero, Galindo & Lee (Alcogal) and Fidelity Corporate Services, headquartered in the British Virgin Islands.

With this publication, ICIJ’s Offshore Leaks database now contains crucial information about more than 800,000 offshore entities that stem from five different leaks, and links to people and companies in more than 200 countries and territories.

The addition of this data brings more transparency about the real owners of companies, foundations and trusts registered in secrecy jurisdictions. In all, the interactive application reveals more than 740,000 names of people and companies behind secret offshore structures.

ICIJ is publishing this information in the public interest. While the presence of a person’s or a company’s name is not intended to suggest or imply that they have engaged in illegal or improper conduct, ICIJ believes that providing this data to all for free helps shine a light on the damage perpetrated by the offshore economy.

The new data comes from the Pandora Papers, an ICIJ investigation based on more than 11.9 million records from 14 different offshore service providers, which exposed the offshore secrets of the wealthy elites from more than 200 countries and territories. These include individuals who use financial secrecy havens to buy and sell property, hide assets away from tax and judicial authorities, make investments in companies or banking portfolios, and other purposes. Offshore structures can be used to avoid paying taxes, commit money laundering, or facilitate other types of illegal activity. The Pandora Papers reveal the secret offshore holdings of more than 330 politicians and 130 billionaires, as well as celebrities and royals. The files also shed light on the financial dealings of fraudsters, drug dealers, fugitive cult leaders and corrupt sports officials.

“It’s the secrecy that enables wrongdoing,” said ICIJ Director Gerard Ryle. “Our work has shown that tax havens can offer protection for people and companies who have something to hide. Whether it’s assets that should have been taxed or dirty money that should have been stopped, this system exists to shelter wealth from authorities and shield bad actors from accountability.”

The Pandora Papers, the largest journalistic collaboration in history, revealed that many of the power players who could help bring an end to the offshore system instead benefit from it – stashing assets in covert companies and trusts while their governments do little to slow a global stream of illicit money that enriches criminals and impoverishes nations.

“ICIJ’s investigations over the past eight years, including the Panama Papers and Pandora Papers, have been credited with bringing light to this shadow economy,” Ryle said. “The Offshore Leaks Database helps put the power of information back where it belongs — in the hands of the public.”

The new data added to the Offshore Leaks database represents only a fraction of the information available in the Pandora Papers leak. Today, ICIJ is publishing data extracted from the documents of two of the 14 service providers that make up the leak. In 2022, ICIJ will incorporate more data linked to other providers from the Pandora Papers. ICIJ is not publishing raw documents or personal information en masse. The database contains a great deal of structured information about company owners, proxies and intermediaries in secrecy jurisdictions, but it doesn’t disclose private communications, bank accounts information and private personal documents. As the records come from leaked documents and not a standardized registry, there may be duplication of names, including in the same leak.

The new data reveals confidential information about the owners of offshore entities mostly registered in the British Virgin Islands, a notoriously secretive jurisdiction, between 1980 and 2018.

ICIJ is also releasing new features in the Offshore Leaks database that facilitate data navigation, such as filters that allow users to easily identify which leak, such as the Panama Papers, Pandora Papers, etc., is the source of a specific record. The database also includes filters to explore the data by jurisdiction and country.

The Pandora Papers offered an unprecedented amount of information on beneficial owners, or true owners, of entities registered in the British Virgin Islands, Seychelles, Hong Kong, Belize, Panama, South Dakota and other secrecy jurisdictions. A significant proportion of the beneficial ownership information in the Pandora Papers comes from reports generated by providers for the BVI’s Beneficial Ownership Secure Search System, or BOSS, established in the fallout of the 2016 Panama Papers investigation. Today the information collected in BOSS remains unavailable to the public, which is why ICIJ continues to make this data free and accessible to all.

The Pandora Papers had more than 2 million records from Alcogal, a law firm based in Panama. Alcogal clients include nearly half of the 336 politicians and public officials ICIJ and its media partners identified in the Pandora Papers. Among them are current and former country leaders such as Panamanian presidents, the president of Ecuador and the king of Jordan, as well as many others. In the beneficial ownership data that ICIJ was able to structure, nearly half of the companies were linked to Alcogal.

There were also more than 200,000 records in the Pandora Papers linked to Fidelity Corporate Services, an offshore provider headquartered in the British Virgin Islands. More than 1,000 offshore entities revealed in the Pandora Papers got services from Fidelity, including a company formerly owned by the president of Ukraine. Of the offshore service providers in the leak, Fidelity also served a large number of Russian clients.

While the Pandora Papers data from Alcogal and Fidelity added to the Offshore Leaks database contains information that was unavailable to the public through open records, not every officer or significant individual featured in Pandora Papers reporting appears in the public database. This is because information about ownership is often buried in emails, power-of-attorney letters and internal notes and cannot easily be extracted in a systematic manner.

Only 4% of the files in the Pandora Papers were structured. To explore and analyze the information, ICIJ identified files that contained beneficial ownership information by company and jurisdiction and structured it accordingly. For each offshore service provider, the data required a different process. It was not possible to extract the information systematically in all cases due to variations in the quality of the data.

The publication of the Pandora Papers has triggered fallout around the world. Within hours of publication on Oct. 3, 2021, authorities in Pakistan, Mexico, Spain, Brazil, Sri Lanka, Australia and Panama and elsewhere promised to open inquiries into offshore holdings. Global watchdog groups called for political action in the wake of stories revealing how billionaires, politicians and criminals exploit a shadow financial system that covers up tax dodging and money laundering.

Parliaments, including the European Parliament, and those in Malaysia, Colombia, Ecuador, Brazil, among others, held debates about the Pandora Papers findings.

Citing the Pandora Papers, U.S. lawmakers proposed legislation to crack down on financial ‘enablers’ that experts say represents the most significant reform of anti-money laundering rules since 9/11.

“These leaks tell us, once again, that financial secrecy is at the heart of the global economy and runs like poison through the veins of our political systems,” Alex Cobham, CEO of the Tax Justice Network, wrote in reaction to the Pandora Papers revelations.

In the five years after the Panama Papers were first published and similar data was released, governments around the world have recouped more than $1.36 billion in back taxes and penalties because of the investigation’s revelations.

ICIJ’s Pandora Papers reporting partners are still publishing stories, and more revelations will surface as regulators and citizens around the world begin to explore the new data.

You can subscribe to ICIJ’s newsletter to learn more about future data releases as well as new Pandora Papers revelations.