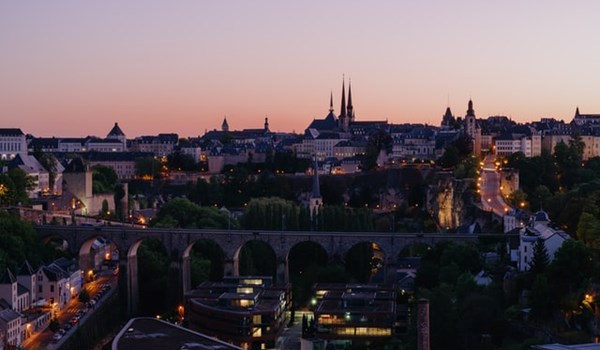 The OpenLux investigation has brought to light a number of questionable tax practices in Luxembourg which require more international cooperation even if they are not illegal, the OECD's tax chief has said.

The investigation by more than 12 newspapers raised the topic of how much new insight is provided about the owners of complex business networks in Luxembourg - so-called beneficial owners - something Pascal Saint-Amans called “the new frontier” in tax regulation.

“The issue of beneficial owners is the new frontier. Beneficial owners aren’t well known and there are little, or no, registers of their details. Luxembourg has a register but there are gaps. All countries have progress to make,” Saint-Amans told Luxembourg's Radio 100.7 on Thursday.

Luxembourg set up a public register of beneficial owners last year, and is one of just five EU countries where the ledger is accessible for free to anyone without needing to register. But there are also limitations: the database does for instance not allow a search by name.

The latest disclosures, nicknamed "OpenLux", came after French newspaper Le Monde overcame that deficit by collecting data about more than 140,000 companies and made it searchable by name, exposing that Russian and Italian mafia bosses and people close to the Venezuelan regime were among those hiding money in the Grand Duchy.

Luxembourg's government has said it has complied fully with all OECD and EU regulations and described the allegations of shortcomings in anti-money laundering arrangements as "unsubstantiated".

At the same time, the Justice Ministry's Financial Intelligence Unit (Cellule de renseignement financier, CRF) last week received a list of “around a dozen people with a shadowy past" as a result of the investigation, Justice Minister Sam Tanson told RTL Radio. The CRF has said it cannot confirm how many people are under investigation.

Pascal Saint-Amans, who heads the tax division at the Organisation for Economic Cooperation and Development (OECD), has been spearheading an international effort to rework global tax rules to stop multinationals from shifting profits around to countries are low or zero.

Luxembourg’s approach of facilitating structures which enable tax optimisation, while legal, does cause “political problems”, Saint-Amans acknowledged, as many of the criticisms aimed at the country concern practices “which are not subject to regulation” internationally.

The OpenLux dossiers had highlighted that with financial investments come “things which are perfectly legitimate and other things which are more questionable, things for which there isn’t regulation.”

“In Luxembourg, there’s isn’t a problem, it’s just a political problem, a problem of perception,” he told the radio station. “It’s true that Luxembourg offers competitive fiscal products, notably in areas which are not regulated internationally.”

“It’s true that fiscal levels can cause problems for other countries. Luxembourg should take into account what problems its tax policy can have for France, and vice versa. It’s important to have international fiscal co-operation,” Saint-Amans said.

Luxembourg’s government were right to say they had “done everything” to conform to existing international frameworks, said Saint-Amans.

“Since the arrival of (Prime Minister) Xavier Bettel and his team, Luxembourg has really changed.. since the arrival of this government, there has been a real change in approach, a real sense of co-operation and respecting partners,” he said.

Luxembourg handed out a large number of sweetheart tax deals to large multinationals under Bettel's predecessor, the Christian-Democrat Jean-Claude Juncker, a practice that was disclosed in the LuxLeaks investigation in 2014 after Juncker had changed jobs to become president of the European Commission, one of the EU's most powerful jobs.

European Union countries lost between €50-€70 billion annually through corporate tax avoidance, but the total loss could be as high as €190 billion when tax collection inefficiencies and aggressive tax planning arrangements by companies and individuals were included, the European Court of Auditors said in a report last month.