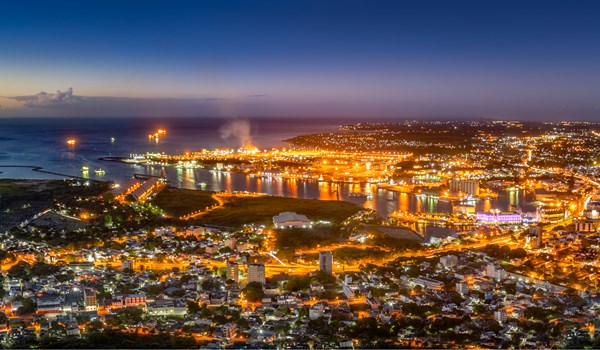 As published on business-standard.com, Monday 22 February, 2021.

Mauritius on Monday sought India's support in facilitating an early exit from the FATF grey list to restore its international reputation, saying it has agreed to address the deficiencies identified in its anti-money laundering and counter terrorism financing regimes.

Mauritius Prime Minister Pravind Jugnauth said this while jointly addressing the media with External Affairs Minister S Jaishankar who is in the country on the last leg of his two-nation tour.

Mauritius, which has become a global tax haven, was put on the grey list' of the Paris-based Financial Action Task Force (FATF) -- an inter-governmental policy making body that sets anti-money laundering standards, in February last year.

Prime Minister Jugnauth said: Based on the respect for the rule of law, in that context, we reviewed the latest developments in respect of the completion of the decolonisation of Mauritius, a matter on which India has given its unflinching support right from the beginning of our struggle.

Similarly, we are confident of the support of India in facilitating an early exit of Mauritius from the grey list of the Financial Action Task Force based on our good records of implementation of the action plan.

We have agreed to address the deficiencies identified in our anti-money laundering and counter terrorism financing regimes, Jugnauth said.

He said that an early exit will restore the country's international reputation and jurisdiction of choice and substance supported by its excellent credentials of the ease of doing business.

I have no doubt that the visit of Jaishankar will give a new impetus to the excellent relationship between Mauritius and India and our partnership focused on purposeful action is to take a more strategic orientation in the future.

I had the opportunity to again thank India whose continuous support for the resolution of the matter in accordance with international law and to reiterate that the completion of the decolonisation process of Mauritius will have no implications for the maintenance of the defence operations in Diego Garcia, the Prime Minister said.

Addressing the media, Jaishankar said: I had today the honour of calling on the Prime Minister. Spending time in a lengthy review of our comprehensive and important bilateral relationship. Our discussions, I believe, were very productive and forward looking, and we really reviewed all aspects of the relationship as well as status of implementation of various projects.

Prime Minister and I also discussed the issue of Chagos Archipelago today. I assured Prime Minister of India's steadfast principled support on this issue as has been demonstrated in the past.

India backs Mauritius over its claim on the disputed Chagos islands, which is home to Diego Garcia -- the key military base of the UK and the US in the Indian Ocean. New Delhi says its decolonisation process remains incomplete as long as the atolls continue to be under British control.

Both Mauritius and the UK are engaged in a diplomatic and legal war over the atolls located in the strategic Indian Ocean.

For several years, there have been apprehensions about Mauritius being a money laundering route for FPIs due to its limited regulatory oversight. But, the Indian Ocean island nation has been taking several steps in recent years to address the concerns.

Last year, the European Commission included Mauritius and 11 other countries in its revised list of high-risk countries, with strategic deficiencies in their anti-money laundering and counter-terrorist financing frameworks.