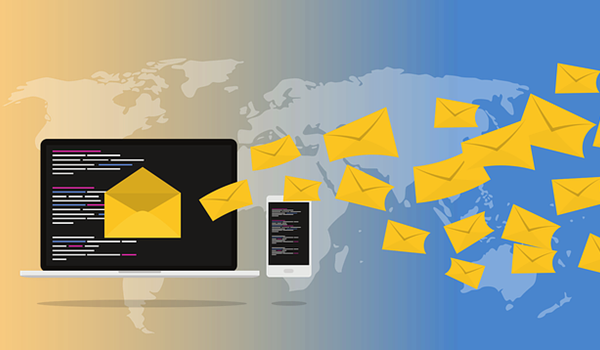 The Bahamas was blacklisted by France because of an incorrect e-mail address, the attorney general has revealed to Tribune Business.

Carl Bethel QC disclosed that French requests for information on the tax affairs of its citizens and companies had not been answered by The Bahamas because they were being sent to an e-mail address that was not being monitored by the Ministry of Finance.

He added that once the problem was identified The Bahamas moved rapidly to address it, ensuring that French tax information exchange requests made under the Organisation for Economic Co-Operation and Development's (OECD) common reporting standard (CRS) and other applicable treaties were responded to appropriately and within the required time.

While France has yet to publicly confirm that The Bahamas has satisfied its concerns, and removed this nation from its so-called national "blacklist", Mr Bethel said he was confident "we have addressed the issues" that caused the problem to arise. He did not say who was responsible for the wrong address, or how many requests were involved.

"The French CRS requests for information were not getting through to us. We've found out what the problem was and addressed all their concerns," he told this newspaper. "The French had justifiable concerns.

France's decision to "blacklist" The Bahamas in December 2019 was greeted with outrage by the Government and its ministers. K Peter Turnquest, former deputy prime minister and minister of finance, slammed the move as "devious" as he voiced his "total disgust" at the action.

Slamming the "surreptitious" decision as "an affront" to international diplomatic norms, and the relationship this nation had sought to build with France, Mr Turnquest said then that The Bahamas' inclusion among countries deemed non-cooperative in the fight against tax-related crimes stemmed from "the perception by the French authorities" that this nation "has not been responding to requests for information in a manner that is satisfactory to them"

He added that an inter-governmental investigation at the time had not turned up any French tax information requests that remained outstanding or had not been dealt with, saying The Bahamas has "nothing on the record".

And Mr Turnquest voiced particular displeasure at the French action given that it was a member of two bodies that deemed The Bahamas compliant with their various tax demands - the European Union (EU) and OECD.

He also criticised France's failure to invoke the dispute resolution process contained in the Multilateral Convention on Mutual Assistance in Tax Matters, which The Bahamas signed in late 2017 to facilitate tax information exchange and co-operation.

Mr Bethel, meanwhile, told Tribune Business in a recent interview that the French "blacklisting" showed that "The Bahamas has to heighten its profile" - especially among individual member states of the 27-strong EU.

With The Bahamas now removed from the Financial Action Task Force's (FATF) enhanced scrutiny, Mr Bethel said the Government was already switching its focus to securing The Bahamas' removal from the EU's "blacklist" and improving bilateral relations with its members.

"Our focus has already switched in some ways," he confirmed. "We've already started to shift our focus. We've had a series of phone calls with key EU countries - Italy, Germany, Hungary, Slovenia, Finland and Cyprus so far.

"We're not expecting member states to override the EU Commission, but part of the outreach is to show we're seeking to develop strong bilateral state-to-state connections with The Bahamas. To avoid further instances [of blacklisting[ with other countries that may not have the relationship with us like the French, we're looking to build direct bilateral relationships at the technical level."

This, Mr Bethel said, would enable The Bahamas to respond rapidly and potentially head-off any regulatory or other developments that could be damaging to the financial services industry.

The attorney general added that The Bahamas has already responded to the EU's "well-founded concerns" by reforming its Register of Beneficial Ownership Act to meet the demands of a powerful nation bloc's whose anti-financial crime standards are "FATF-plus" and above the global norm.

"We had to tighten it up because the concerns were valid," he added of the Act. "We had to block of the issue of companies who did not have registered agents, as only the latter were originally required to provide beneficial ownership information. The compliance unit is dealing with that, and moving to drive compliance on behalf of companies without registered agents.'

Mr Bethel continued: "We are simply seeking our living space, and we don't want to have our living space at the expense of any other jurisdiction. Within that broad parameter we feel there is more than adequate space for the Bahamas to have a financial services sector that's in compliance with current and emerging global financial standards."

US: Cryptocurrency May Be Subj…