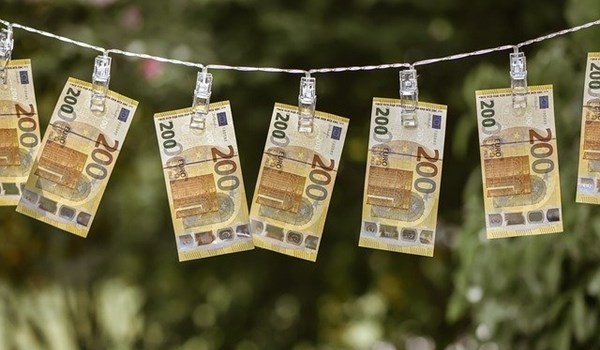 The latest comprehensive anti-money laundering proposal from the EU heralds a new era of drastic, prescriptive measures for banks and crypto-asset providers.

The European Commission last week announced what it called an «ambitious package» of legislation to fight financial crime, much of it ostensibly in response to the regulatory fiasco surrounding the investigations into the extensive money laundering at Danske Bank’s branch in Estonia.

The entire package, totaling well over 300 pages of proposed legislation, certainly looks comprehensive. As part of it, the commission calls for the creation of a new EU Anti-Money Laundering Authority, while announcing very prescriptive, standardized requirements for customer due diligence and beneficial ownership. It also fully co-opts crypto-providers in the new regulation and detailed plans to introduce a 10,000 euro ($11,792) hard limit on cash transactions.

For Swiss finance, this will be just the start. Buried in the raft of new legislation, private banking sits squarely as a higher risk factor in the specific proposal aimed at preventing the use of the EU’s financial system for money laundering or terrorist financing.

Although not altogether surprising, it does mean that most Swiss banks are likely to have to bear the full brunt of the new legislation for any business in the EU or any euro-related transactions. In short, Swiss finance is unlikely ever to benefit from simplified customer due diligence measures related to any EU clients or entities.

It may not sound like much, but the new requirements will require them to implement and monitor on an ongoing basis very rigorous identification and verification procedures while holding watertight records of the purpose of the account, economic rationale of transactions, sources of funds and their destination.

Written rationales of the latter including a bare modicum of additional, relevant information have always been the bane of most private banking client remediation efforts, whether conducted internally or outsourced.

The new legislation is likely to trigger a fresh round of pained trawling to the new standard, regardless of whether large-scale remediation efforts have been completed in the recent past, such as those undertaken by Julius Baer under the ATLAS project. Although this might sound eminently familiar to many other regulatory jurisdictions, the level of granularity and prescriptiveness and directly-applicable rules are new for the EU.

The same goes for the planned rules around beneficial ownership where the EU appears intent on setting clear rules around the identification of direct or indirect control of corporate and legal entities, setting a bar of 25 percent ownership interest plus one share.

It also stipulates appointment rights of more than half of board members and/or any ability to exert significant influence on decisions, whether through voting, veto, informal agreements, family relatives, or nominee arrangements. Importantly, any changes in beneficial ownership are required to be updated within 14 calendar days of the change.

Once again, this does not sound earth-shattering to outside observers. But in client remediation efforts in the mid-2010s, it could take months, even up to a year, for private bankers to obtain certificates of incumbency on British Virgin Islands trusts and it is likely that the EU will have little patience for anything like that in the future – not to mention any hastily scribbled organizational charts drawn by bankers and their assistants in pen barely legible in PDF scans.

Any form of anonymous instruments will also be barred, whether accounts, safe deposit boxes or crypto-asset wallets. Owners or beneficiaries of existing ones must be subject to full CDD measures before they can continue using them in the future. As part of that, companies will also be prohibited from issuing bearer shares and will have to convert any existing ones into registered shares.

The new centralized Anti-Money Laundering Authority (AMLA), which plans to start operations at the beginning of 2023, will focus on the direct supervision of financial sector entities, particularly those with extensive cross-border operations.

Although it is unlikely any Swiss banks will be immediately affected, they are likely to feel the effects of what appears to be the intended approach. Here it seems the EU wants to mirror other jurisdictions that conduct painful, extensive on-site inspections, thematic audits, and subsequent sanctions of the largest and riskiest banks to ensure wider compliance. Some articles have already appeared saying how a staff of just 250 can possibly ever review all suspicious transaction reports in the EU.

But it seems very clear that is exactly what they will not be doing given that is still going to be the job of each country’s financial intelligence unit. Instead, the proposal envisages them focusing on reports with significant cross-border implications while setting general templates and standards for the rest.

The proposed hard 10,000-euro cash limit is likely to be the source of most controversy and have the biggest direct, initial impact if it does come into force. It is indeed very hard at this point to see how they intend to enforce or regulate unless they have reliable indicators that show practically no cash above that limit currently changes hands in the EU. If not, it is liable to be enforced rarely and occasionally, which will quickly dilute any impact.

It also seems to be going quite a step further than other jurisdictions, which generally simply require that transactions above a certain amount should be reported to local authorities. At this point, the rationale for the limit is not entirely clear, although that is likely to change as the proposal is discussed at length.

Whether all of this or just a part of the package becomes legislation remains to be seen. What does look certain at this point is that Swiss finance and crypto-providers are going to be faced with a permanently higher level of sustained compliance costs related to any business they undertake with the EU or have with EU clients in the very near future.