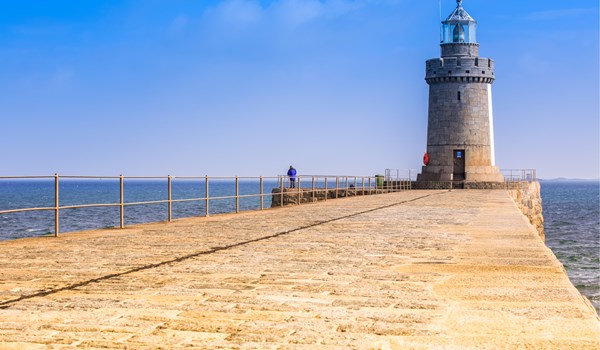 As published on gsy.bailiwickexpress.com, Saturday 3 July, 2021.

Guernsey has given its backing to an “historic” global tax agreement, which features certain carve-outs for finance firms.

The island has joined 130 out of 139 jurisdictions forming part of the OECD Inclusive Framework, which seeks to establish new rules for the taxation of the world’s largest multi-national companies.

The island has been able to attract business over many years by keeping its corporate tax rate at 0%, with financial services businesses taxed 10%. This is known as the 'zero-ten' regime.

Each of the signing jurisdictions has committed to a ‘Two Pillar’ plan.

‘Pillar One’ would create new profit allocation rules for the world’s largest 100 global multi-national companies, who might have to re-allocate some to the jurisdictions of their markets and customers. All regulated financial services are excluded from this.

'Pillar Two' would introduce a new framework of taxation where companies falling within the scope of the Pillar Two tax would pay a Minimum Effective Rate of taxation on their global profits, calculated on a country-by country basis. This does not include funds.

Investment funds that are ultimate parent entities of a Multi-National Company Group or any holding vehicles used by such entities, organisations or funds would not be subject to the Pillar Two rules.

The level of the Minimum Effective Rate contained in the OECD statement is “at least 15%”, but it is likely going to take many more months of negotiation and discussion before the final rate is agreed.

Deputy Mark Helyar, Treasury lead for the Policy & Resources Committee, said Guernsey supports the objective of a level playing field globally, which will "help avoid the complexities of unilateral action by countries."

“Guernsey works closely with the OECD on these international tax matters including the original Base Erosion and Profit Shifting (BEPS) initiative, the Forum on Harmful Tax Practices as well as the more recent OECD commitment to address the challenges from digitalisation of the economy, which includes a proposal that large multinational enterprises should pay a minimum effective rate of tax on its profits.

"The OECD have now reached agreement, following years of negotiations, in which Guernsey has taken part. Guernsey welcomes this further milestone and will continue to participate actively in the ongoing technical discussions, coordinating with Jersey and the Isle of Man, as a detailed implementation plan is developed.”

He continued: “The recent European Commission communication entitled the “Communication on business taxation for the 21st century” highlights the importance of reaching an agreement in the OECD and in the G20.

"Guernsey also works closely with the EU Commission and the EU Code of Conduct Group on Business Taxation reflected in the commitments it has made to EU tax standards. It has a long track record of adapting to meet new international tax standards.

"Guernsey’s tax regime was assessed as being non-harmful against the criteria of the Code of Conduct in 2013. In 2019 the EU reaffirmed its previous assessment that Guernsey is a cooperative jurisdiction with respect to tax good governance following the implementation of new substance requirements. Guernsey continues to engage with the OECD and EU on international tax matters.”